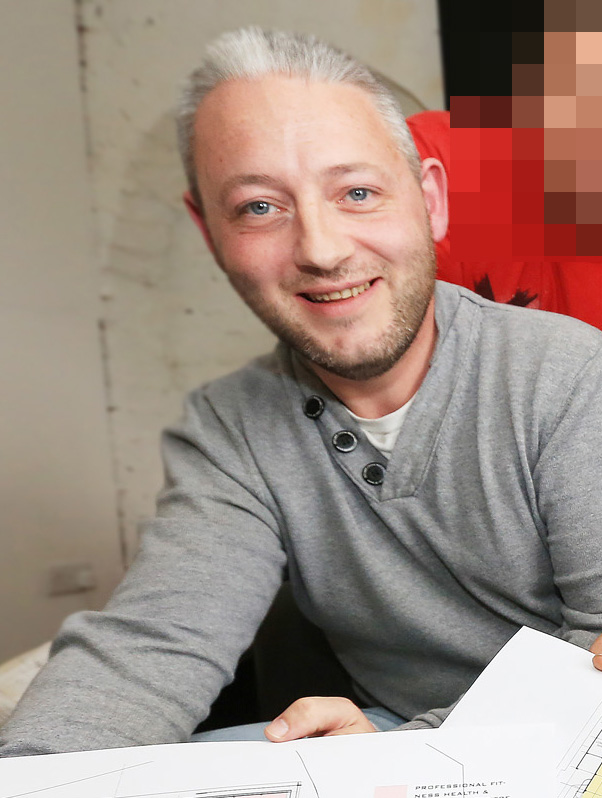 DANCE NIGHT: John Clarke has plans for the Hillview site that hosted the weekend music festival

THE organiser of a music festival in North Belfast says he will continue to hold dance music events and accused his detractors of fearing a local movement that unites Catholics and Protestants.

John Clarke from Rehabilitate Youth Ireland said he is willing to meet with residents over any issues they have regarding last Friday’s event but says people are using his background to attack last weekend’s event at Hillview on the Oldpark that drew criticism from the PSNI and politicians.

John served a prison sentence for a 2013 CIRA extortion bid on a businessman.

“This is about making the programmes we offer 100 per cent self-sustaining,” said John, who set up Rehabilitate Youth Ireland in 2015 to offer training programmes to local unemployed young people.

“We organised the festival because we receive no funding, no governmental support and all this is part of the design. The music industry is key to what we are doing here and we are working with very high-level people to deliver our programmes which are free.

“It’s unique what we are doing here because we are bringing the biggest names in production to teach young people from all backgrounds.

“Things are quite advanced with Rehabilitate Youth Ireland. We have programmes with the Social Services, Probation Service, and fitness instructors. We are empowering people and creating employment. We have already agreed deals to provide rehearsal space for bigger acts playing in larger venues in Belfast.”

John said the people who have hit out at him have an axe to grind and that no issues were reported at the other music events on Saturday or Sunday night at the same venue.

“The opposition has been from people who are politically motivated. I understand people have genuine concerns and I am happy to speak to those people to rectify any problems but a lot of his is political opposition. Everyone knows my background, I have never hidden it but it has brought me to where I am now – creating something in an area where people have nothing.”

John admits he had no entertainment licence but that was for technical reasons.

The PSNI made a number of arrests on the evening but John says it wasn’t anything to do with RYI. “One of the arrests was actually my son who had an outstanding bench warrant for a totally unrelated matter. He was ID’d by the police on the way in and that’s why he was arrested. The other arrests had nothing to do with us.”

He says he tried to engage at all times.

“I invited all the media a month ago and I was ignored but they are all jumping on the bandwagon now and trying to destroy me with lies.

“But all in all I don’t care. The proof of the pudding is in the eating and I had 2,500 18-year-olds here who when they left, some turned right to go to the Shankill and some turned left to go home to Ardoyne.

“We had young people from Ballysillan and Short Strand here and there were no fights whatsoever. People enjoyed it, it made people happy and it showed that the future isn’t of two communities, it’s one community.”

John says he will seek an entertainment license next time.

“The only difference will be I will seek an entertainment licence so that I can charge in and we can fund our programmes. If anyone wants to engage with me I’m happy to meet with them and talk about what we are doing here.”

He extended that offer to DUP councillor Brian Kingston who was among the most vocal opponents.

“Brian Kingston should have come to me and talked. I think people are afraid of community unity.

“I can now talk for the 2,500 young people who came here to enjoy themselves without any problems. These are enthusiastic young people with direction and instead of alienating them, we have reached out to them.

“Some of the press is just fake news but it won’t stop what we are trying to do here.”