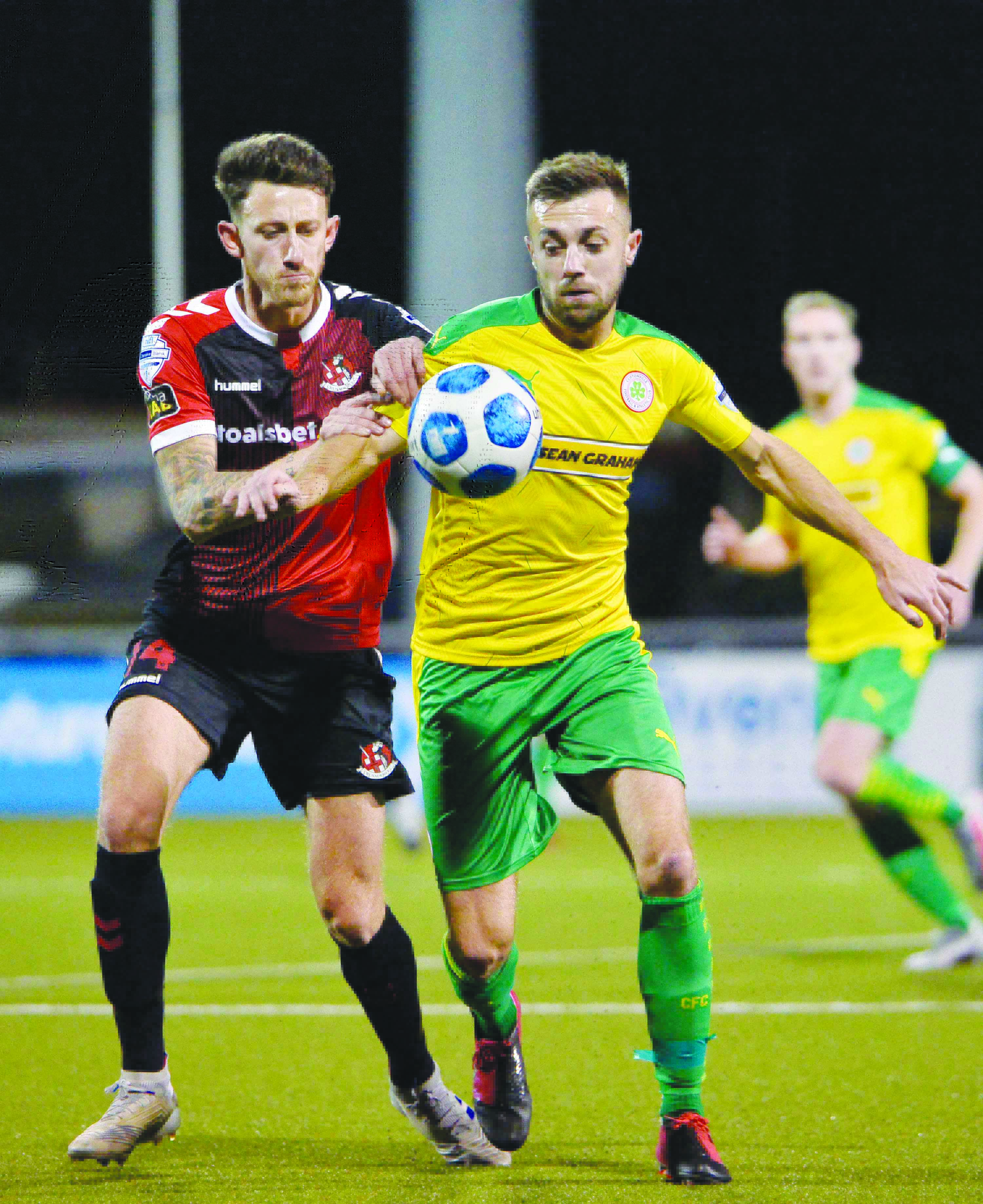 The Reds will hope to bounce back from Friday evening’s derby defeat when they take on Carrick Rangers at Solitude (3pm kick-off) before attention quickly turns to the semi-final of the Toal’s County Antrim Shield clash with Glentoran on Tuesday evening (7.45pm kick-off) under the Solitude lights.

Boss Paddy McLaughlin is expecting to be without Ives, Breen and McMenamin and is worried the three injuries could be long-term.

“We lost three players to injury and they’re possibly long-term injuries at that, so it was a really bad night at the office for us,” admitted McLaughlin.

“Levi could be a metatarsal – hopefully not – but it looks like it could well be. He was tortured with it last year and he tried to come back so many times and almost missed the full season.

“Breeny’s hamstring went and Conor McMenamin was a hamstring as well.

“It was disappointing to lose the three players in a big fixture and possibly for the next couple of weeks. It will be hard for us to replace all three players.”

McLaughlin lamented the poor goal that cost his side a share of the spoils against Crusaders, especially the timing, coming so soon in the aftermath of Garry Breen departing through injury.

“It was a poor goal to concede,” McLaughlin reflected.

“Breen came out and Harney went in and by the time we adjusted and got to grips with it we were 1-0 down.

“It’s something that we worked on. We know that when you play Crusaders, you’re going to face a lot of long balls. It’s their strength and big (Jordan) Owens is a handful and a good big player.

“A lot of teams would be glad to have him in their team because he bullies centre-halves, but I thought we were dealing with him brilliantly up until Breen came off.

“It was just unfortunate that the goal happened two minutes later.”

The ex-Cork City midfielder put pen to paper during the week and impressed coming off the bench with McLaughlin believing he possesses qualities that could help the squad going forward.

“He will take a bit of adjusting to get used to the intensity of the Irish league.

“He’ll be a really good player for us; he’s a good player to come into the squad and he’s got qualities that we could be doing with at times. He’s pace to get in behind and away from people so I’m sure he will be a great addition for us.”

The Reds follow Saturday’s clash against Carrick Rangers with a clash against Glentoran in the semi-final of the Toal’s County Antrim Shield, the first of two Saturday-Tuesday fixtures in quick succession.

McLaughlin admits his squad will be stretched for the encounter with the East Belfast side but is confident that the young charges at Solitude will be able to hold their own if called upon.

“We’ll assess the damage over the next couple of days and see where we’re at squad-wise,” the Cliftonville manager confirmed.

“We were already stretched. We have a small squad with 18-19 senior players and with a couple of injuries we’ve three senior players that are going to drop out for hopefully not too long - but it looks like it could be a while.

“Our squad will be tested even though we’re only two weeks in but we just have to deal with it as best we can. We’ve got some good young players at the club and no doubt if they get the nod they won’t let us down.”

“Two games a week is definitely going to be testing for all sides, not just us.

“We definitely could have been doing without losing three key players but sometimes you get lucky and sometimes you’re unlucky you just have to deal with it.” 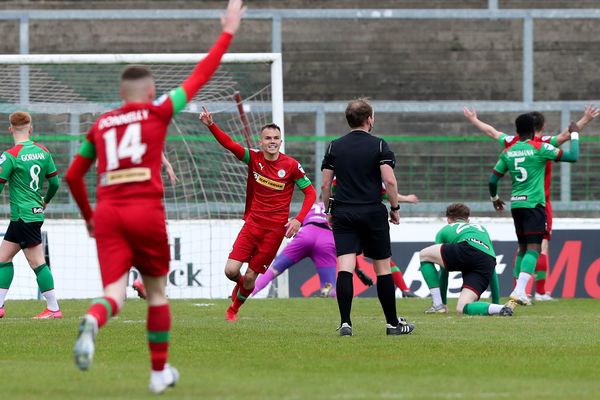 NIFL Premiership: Cliftonville defeat Glentoran with second half double at The Oval 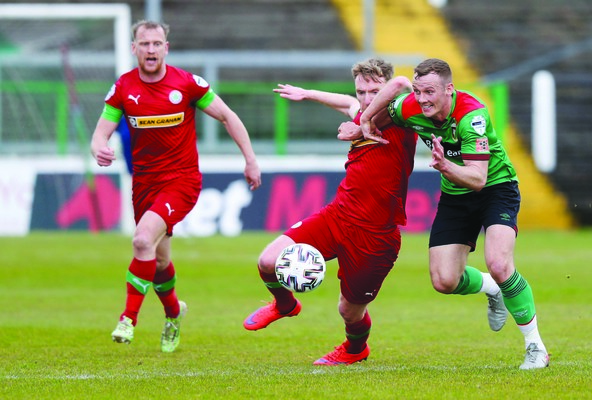