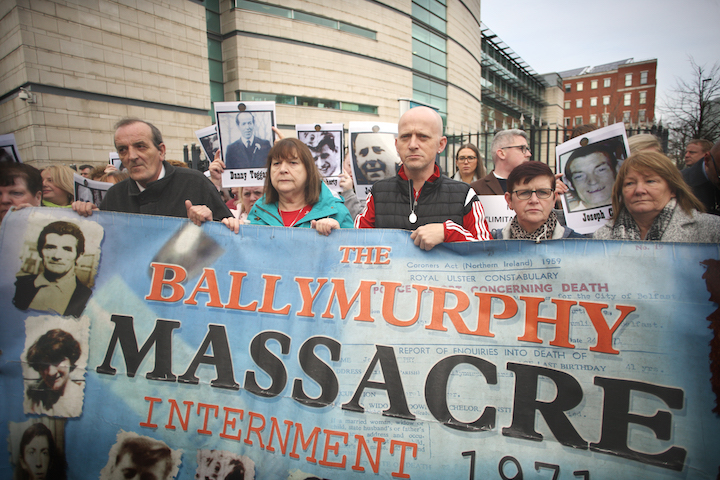 Opening of inquest into the Ballymurphy Massacre at Laganside Courts

The Relatives for Justice group has underlined its commitment to serve families of those who lost loved ones during the conflict — or were injured — in a video message issued today.

"We want the public to know that while we are socially distanced to keep them and our staff safe, in these troubled times we remain very much connected for those in need," said Relatives for Justice Director Mark Thompson.

Meanwhile, responding this afternoon to the announcement that the Westminster Northern Ireland Affairs Committee would reexamine recent changes to legacy proposals, Mr Thompson said the priority was for implementation of the Historical Investigations Unit as agreed in the Stormont House Agreement of 2014.