Renowned West Belfast artist to set out stall at Cultúrlann 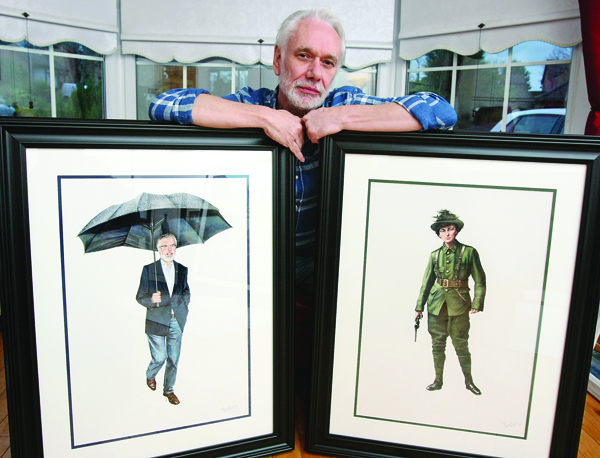 Tony, who was commissioned by the family of the late Martin McGuinness to paint his portrait and which now hangs in the corridors of Stormont, will feature paintings and portraits of people in the exhibition “who took risks, risks for their own communities.”

“The Cultúrlann approached me after the unveiling of the Martin McGuinness portrait to host an exhibition and I committed to that,” explained Tony.

“It’s a series of 32 pictures, when I was a young fella of 17, back in the day, I would have been doing a lot of things, drawings on Ché Guevara, I could’ve painted him blindfolded. Last year was the 50th anniversary of his assassination and I thought I would like to do something in that style but based on local people. Figures like Fr Des Wilson, Fr Gary Donegan, the Rev Bill Shaw, Fr Alec Reid all feature. It’s an exhibition of 32 pictures really reflecting those who put themselves out from politicians, artists, Gaelgoirs,” he said.

Tony who spent his career in advertising, designing and creating - most notably illustrating the iconic Ulster Bank Henry the Hippo mascot from the late 1980’s, has his work and commissions displayed throughout Ireland, said he was “looking forward” to the exhibition which will be officially launched by Fr Gary Donegan on the night.

‘Special People Special Places’ will be launched at Cultúrlann on Thursday November 29 from 7pm. The exhibition will run until the end of January in the Gerard Dillon gallery.