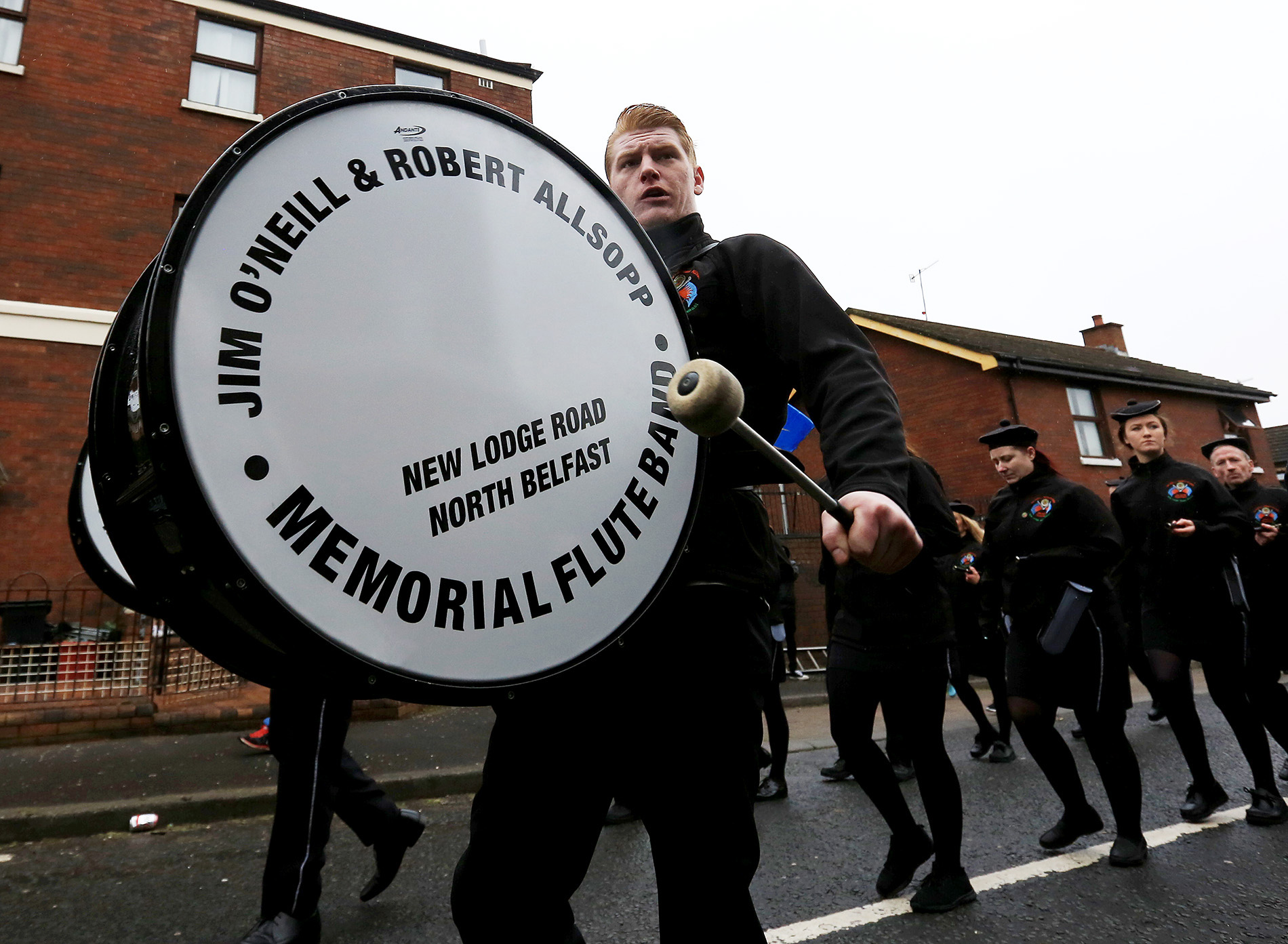 The only republican flute band ever to have received a grant from the Stormont government for instruments were rejected three times before finally being awarded the money, the North Belfast News can reveal.

In a written answer to SDLP MLA Nichola Mallon, it was revealed the O’Neill Allsopp Band from the New Lodge were awarded £4,225 in 2013 in the grant scheme.

The republican band is named after Na Fianna Éireann members Jim O’Neill and Robert Allsopp, who died during the Troubles.

The scheme was launched by former Culture Minister Nelson McCausland but discontinued by Carál Ní Chuilín due to what she said were budget cuts.

Her replacement, Paul Givan from the DUP, announced on July 11 that he was bringing it back with £200,000 earmarked for new funding for bands. But despite the unionist connotations of the relaunch, republican bands are able to tap into the funding, although very few ever have.

A spokesman for the O’Neill Allsopp band said the money they received was used to replace instruments but it wasn’t a straightforward process.

“We were knocked back three times in a row when we applied because we were told we weren’t good enough,” he said. “We kept challenging that decision because it wasn’t clear what the criteria were and after they looked again at the rules we were finally successful.”

The spokesman said he would encourage other republican bands to apply for the cash available in the fund.

“There probably isn’t the knowledge within republican circles that bands like ours can apply but I would encourage them to put in applications. The money helped us buy 30 new flutes and new side drums which was brilliant for the band.”