Restrictions placed on parade and demos 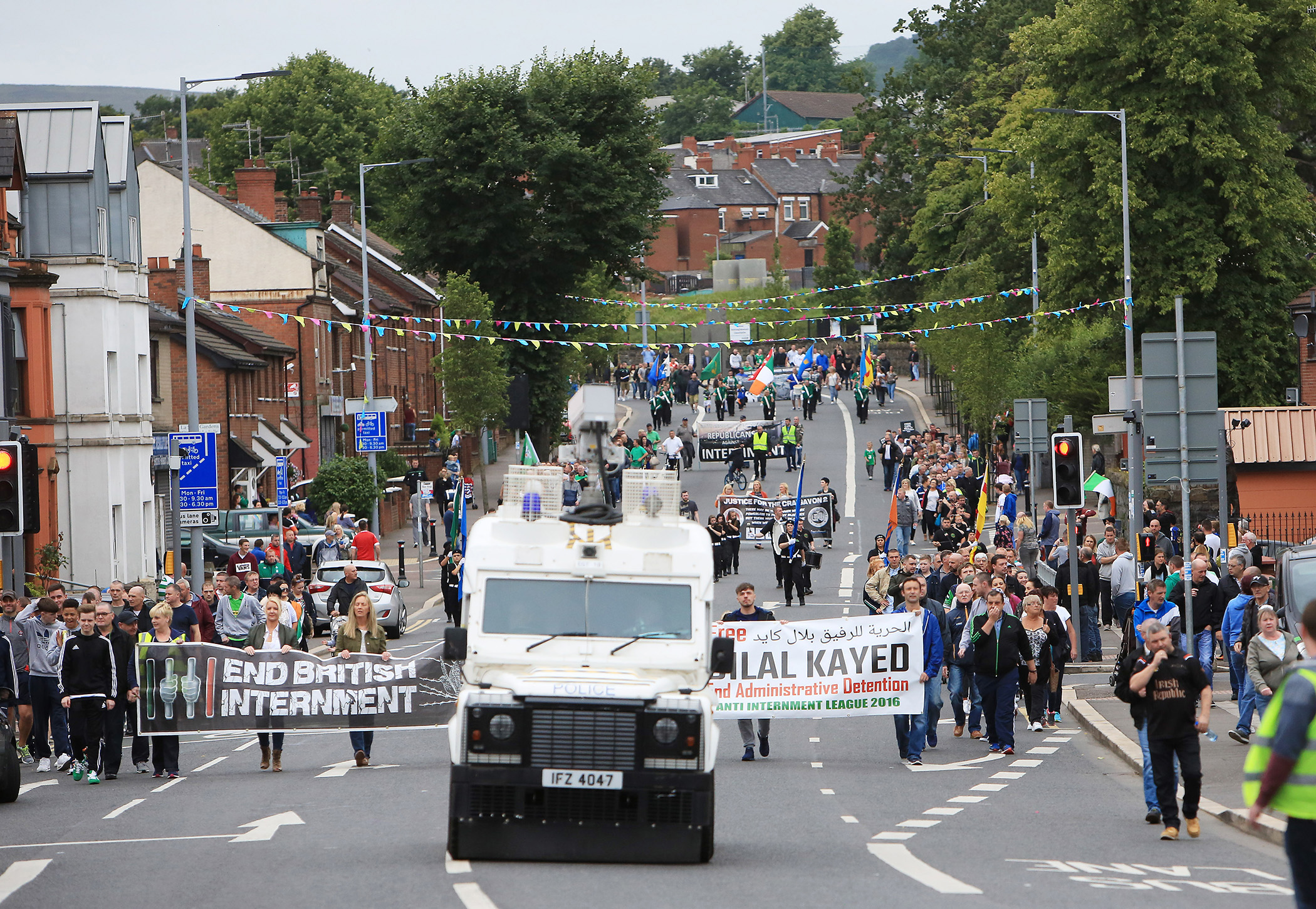 THE Parades Commission has placed restrictions on three events that will take place in Belfast this Sunday.

An Anti-Internment League (AIL) parade, which will begin in North Belfast and is expected to attract around 5,000 people, was due to make its way to Royal Avenue before heading to Divis Street. The commission has ruled that the parade will not be allowed to pass North Queen Street.

The parade has faced restrictions in previous years and has resulted in public disorder in both 2013 and 2015. In the wake of this year’s restrictions, organisers have planned an alternative route in order to avoid the city centre. The AIL have since submitted an application to the PSNI parade to pass Carrick Hill before making its way into West Belfast. If approved, this route will take the parade past a small unionist enclave at Brown Square.

A demonstration organised by the Loyalist People’s Protest Group, who have protested against republican parades in the past, will not be allowed to proceed beyond Donegall Square West. Organisers say they plan to bring around 10,000 people to City Hall.

The Northern Ireland Against Terrorism group has invited members of the fascists Britain First party to their parade, which was also to take place in front of City Hall. The commission has ruled that they will instead have to congregate on Donegal Square East.

A spokesperson for the Parades Commission said: “Each of the three parades, as judged on its own merits, is controversial and presents high risks of public disorder, adverse impacts on community relations, and a disproportionate interference with the rights of others.

“The risks of the events seeking to access the same space around the same time are significant. These restrictions are primarily required to mitigate the high risks of public disorder, and to avoid the potential closure of the city centre for a prolonged period of time.

“The parades may not attract the numbers of participants promoted by the organisers. The commission considered, however, that the publicity by the organisers about large-scale events has contributed to heightened tensions.

The spokesman added: "The commission gave due weight to the rights of freedoms of expression and assembly in the city centre as balanced against the competing rights of others. It relied in its deliberations on its statutory guidelines that the ‘right of peaceful assembly, underpinned by the European Convention on Human Rights and the United Nations International Covenant on Civil and Political Rights, while important, is not absolute.

“The commission reflected upon the volatile and fluid situation which may present on the day of these parades, and concluded that the risks surrounding them may only be managed by the imposition of route restrictions. The commission has considered that these restrictions are necessary, proportionate and fair.”