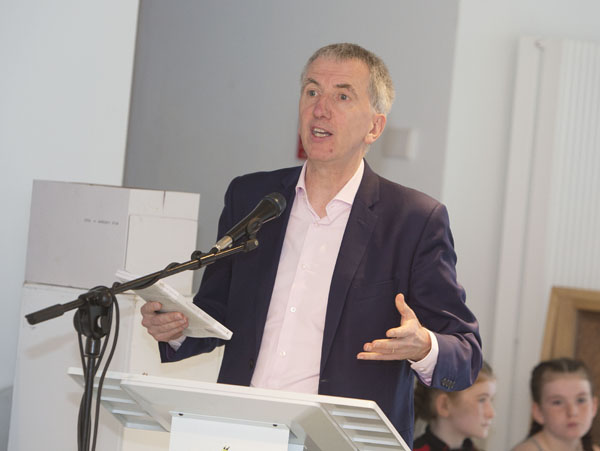 In one of his last moves as Finance Minister, Máirtín Ó Muilleoir ordered the inquiry

An inquiry ordered by former Minister for Finance Máirtín Ó Muilleoir into the RHI scheme gets underway this morning at Stormont.
The inquiry’s chairman, retired judge Patrick Coghlin, will commence proceedings with a short opening address which will be followed with an opening statement from David Scoffield QC, Senior Counsel to the Inquiry.
He will outline the context in which the inquiry was established; its terms of reference, the way in which the Inquiry has conducted its work since it was established and the various themes which have emerged from the evidence gathered so far.
The crisis, which contributed to the collapse of Stormont, was triggered after it was revealed a renewable heating scheme had been botched and the expected overspend on the scheme could cost over £600 million.
The inquiry will also investigate allegations of political interference to keep the scheme open after it was revealed it was flawed.
DUP leader Arlene Foster is expected to give evidence during the inquiry.
Mr Scoffield’s opening statement will also include a summary of the RHI scheme from its inception and design to its closure. Mr Scoffield will set the scene for members of the public in order to help them understand what is likely to follow and the key issues which the Inquiry will consider.
At the conclusion of Mr Scoffield’s address the legal representatives of the three core participants – the Department for the Economy, the Department of Finance and the Office of Gas and Electricity Markets (more commonly referred to as “Ofgem”) – will be invited by the Chairman to make short opening statements.
Then minister Ó Muilleoir ordered the inquiry in January and it began its work on Feburary 1.
Since then over one million pages of documents and more than 500 statutory notices have been issued to persons and organisations compelling the production of documents and witness statements as part of a massive evidence-gathering process in preparation for the hearings.
The inquiry expects to hear oral evidence from a range of witnesses during the course of the public evidence sessions. These include technical and economic consultants, civil servants, ministers and their special advisers and other bodies or organisations involved in the administration of the scheme.
The first witness is expected to be called to give evidence on Tuesday, November 28, 2017.