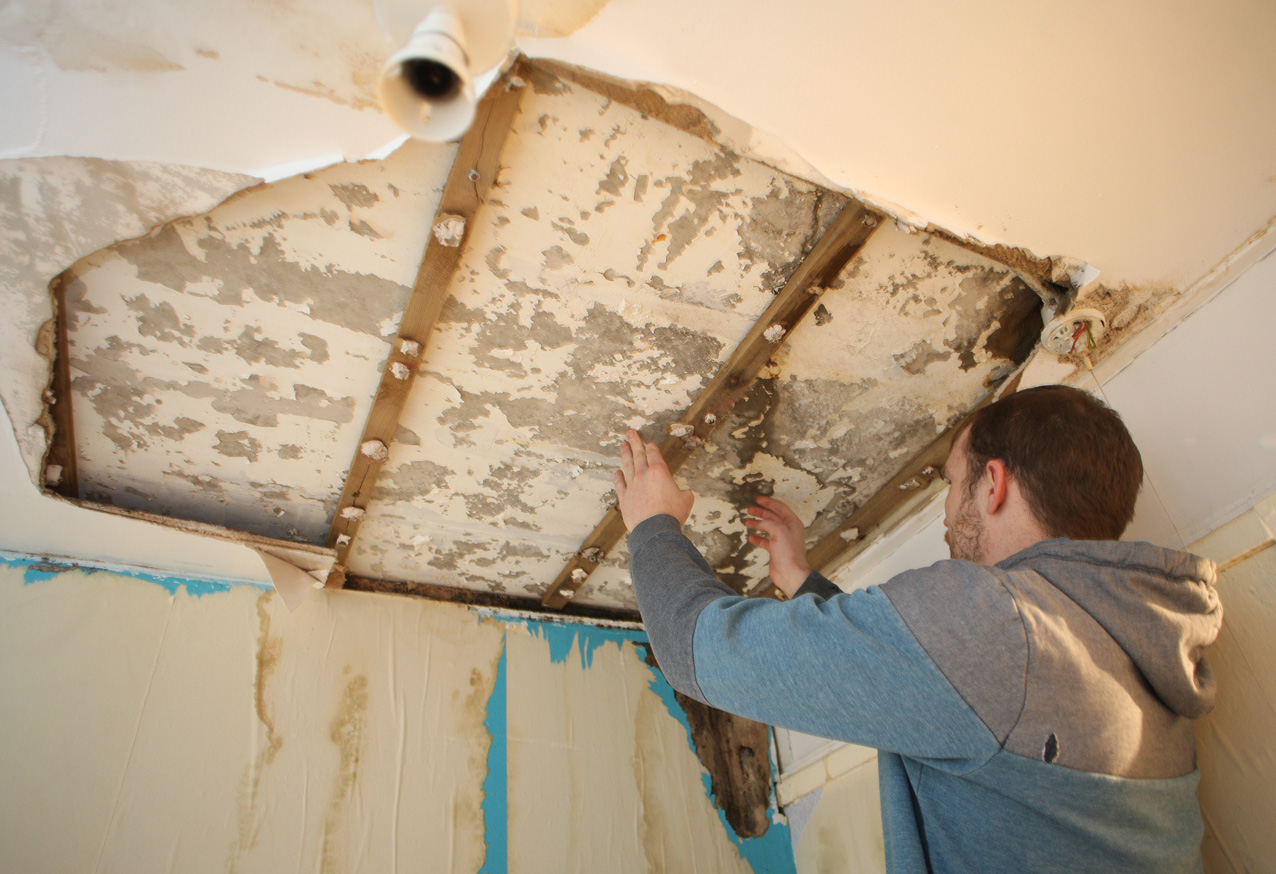 A LEAK and ceiling collapse in  a flat used in the making of a Rihanna music video has left a New Lodge resident without use of a bathroom for five weeks.
Paul Taggart, a resident of Oisin House tower block, contacted the North Belfast News after numerous attempts to get the problem fixed came to no avail.
The 28-year-old’s bathroom was the setting of a scene in  pop superstar Rihanna’s ‘We Found Love’ music video.
She chose the New Lodge to film scenes for parts of the video in September 2011.
The music video was widely criticised for portraying Belfast in a negative light, which seems fitting now for Paul’s out-of-use bathroom.
Paul first noticed the leak coming from the ceiling five weeks ago and says he’s done everything in his power to get the problem sorted.
“I noticed a leak coming from the ceiling in the bathroom,” he explained.
“I phoned the Housing Executive and their repairs team to report it on the same day.
“A builder came out later but all he did was lift the rubble off the bathroom floor and scooped it into the bath.
“I was also told the leak was fixed, which it isn’t.”
Paul has been forced to use washing facilities in the city centre as well as travel across to West Belfast to his mum’s house whilst his bathroom has been out of use.
“It’s a disgrace. I’ve been left without a bathroom for five week. The most important thing is for it to be fixed,” he added. “I’ve done everything that I can to get the problem sorted with phone calls and visits to their office.
“It’s affecting me massively with no access to my bathroom.”
A spokesperson for the Housing Executive said they had tried failed to make contact with Paul on three separate occasions to sort out the problem. “The tenant’s concierge has been told to contact him regarding the issue,” the spokesperson added.