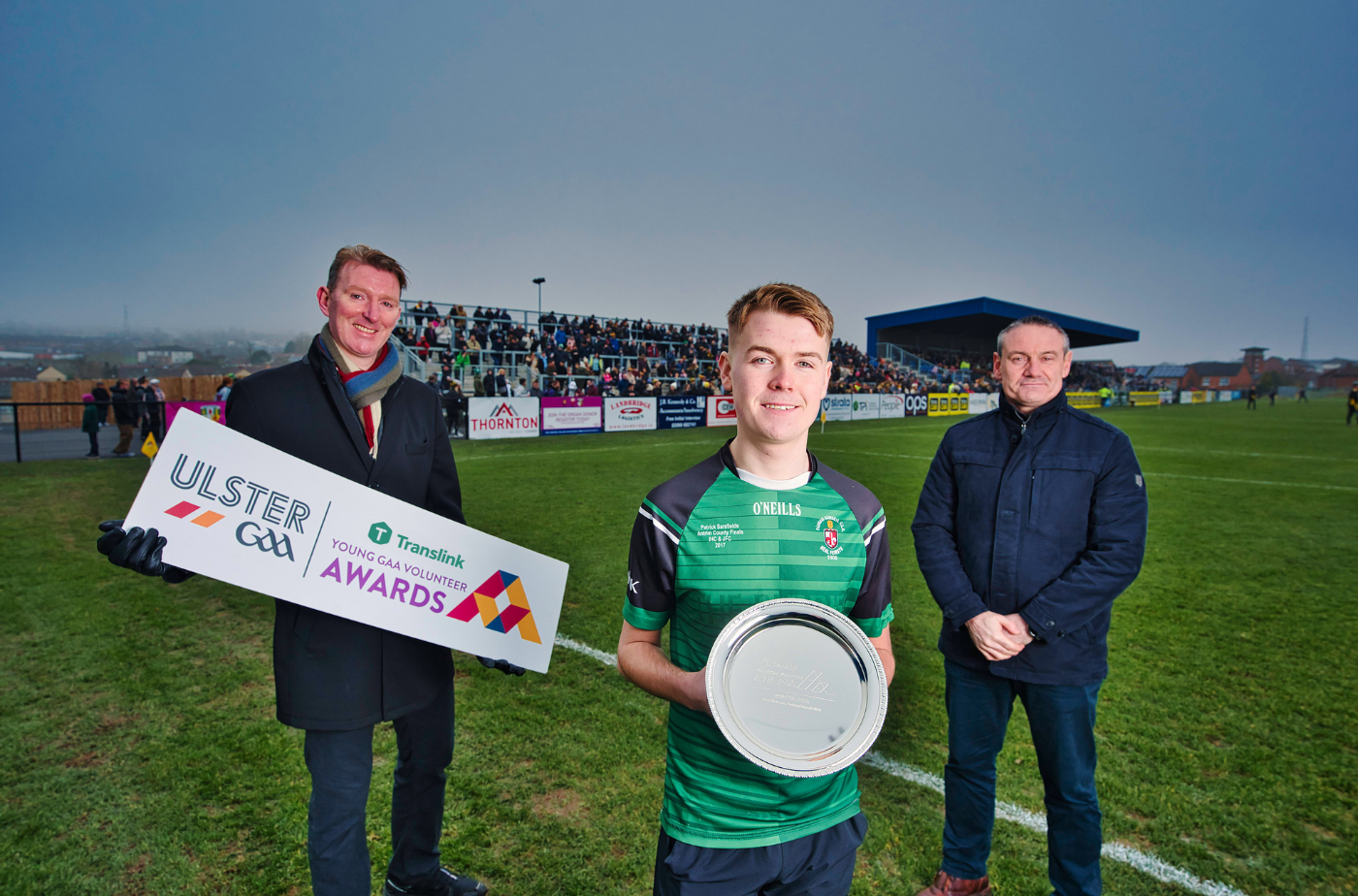 OISIN Coleman from Sarsfield’s GAC has been named as winner of the Translink Ulster GAA Young Volunteer of the Year award for 2021.

The 17-year-old was presented with his award during half-time of Sunday’s AIB Ulster Club Senior Hurling Final in Corrigan Park between Slaughtneil and Ballycran.

The Young Volunteer award is designed to celebrate the contribution people aged 16-24 make to communities across the province. Over a number of weeks, clubs were invited to nominate youth volunteers who play important roles in areas such as coaching, mentoring, fundraising, and organising social activities.

A judging panel recently met remotely to select an overall winner from the large number of nominations and Oisin came out on top.

The panel said that Oisin stood out as a team player, who balances his own playing commitments for his club and county alongside volunteering through his coaching of underage teams, fundraising for local organisations and charities, as well being a Young Whistler referee.

Comghairdeas to our dual star Oisin Coleman who was awarded the 2021 Translink Ulster GAA Young Volunteer of the Year. https://t.co/3Zuopts9et pic.twitter.com/xSibii0VGt

“It was a pleasure to meet such a humble and dedicated young man along with his very proud parents.

“His hard work and dedication are truly inspiring and it’s wonderful to learn how he has embedded himself into the club. From assisting with the club’s summer scheme to preparing the pitch for games, as well as refereeing, Oisin is a superb ambassador for the GAA, Antrim and the Sarsfield’s club. Picking a winner was an exceptionally difficult task but Oisin is a very worthy winner.”

Ulster GAA President, Oliver Galligan added: “Oisin is a talented dual player for club and county yet still finds the passion and time to make a big difference to his club and his community.

“The GAA offers many volunteering opportunities for people to be involved and Oisin, through his wide range of off field activities, embodies all that is good about our Association.

“I warmly congratulate Oisin on this award and hope he continues to play an integral part in the GAA.”