School of music in tune with ongoing rise of trad 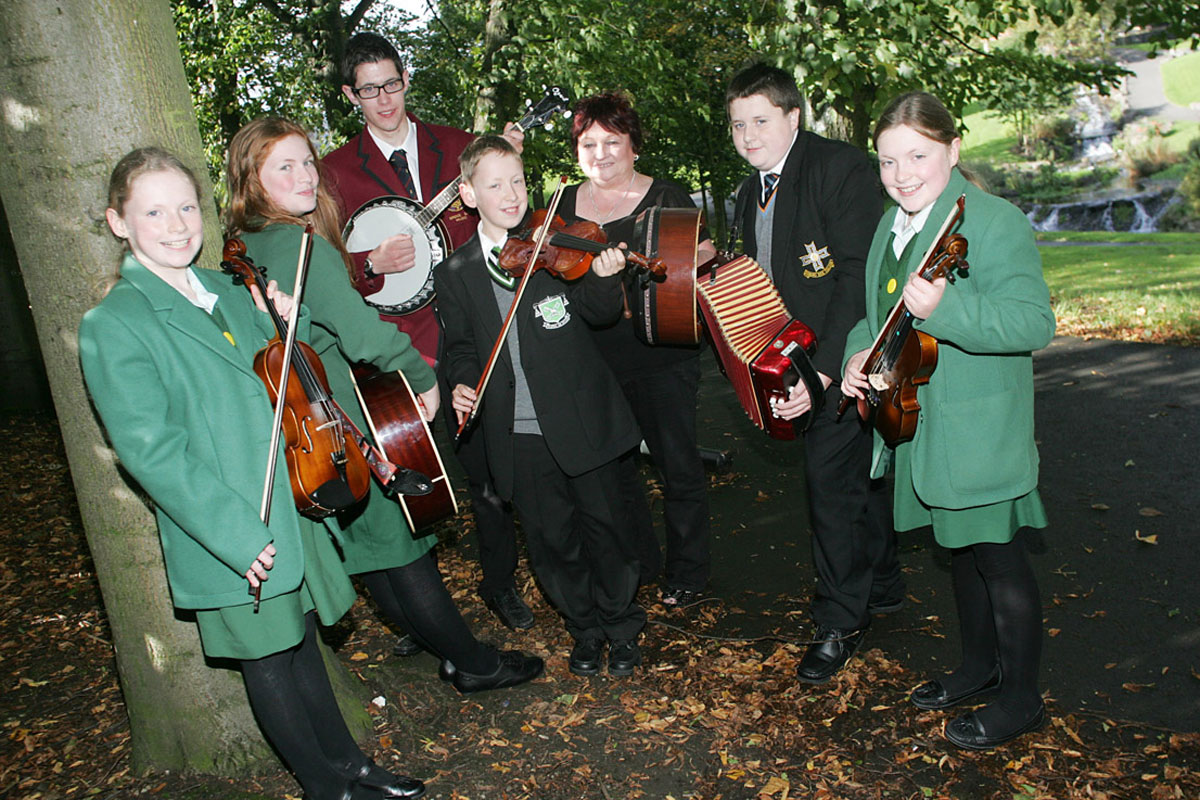 Since 2001 over a thousand young musicians from North Belfast have taken their first steps on the road to traditional music mastery at a Glengormley music school.

Ten years ago this week the Glengormley School of Traditional Music (GSTM) took on its first students.

Since then 1,200 budding young musicians have passed through their doors, learning and developing their skills on fiddle, tin whistle, guitar, bodhran and more.

Based at Edmund Rice College, GSTM have performed at events across the city including the Open House Festival and are due to perform at the forthcoming Culture Night in Belfast on September 23.

There are also a number of events planned to mark their tenth year including a Gala Dinner, the production of a CD and various seisiúns and concerts.

One of the co-founders of the school is Glengormley man Ray Morgan.

He says the popularity of traditional music has been steadily on the rise since the school first opened its doors.

“It has been a great success and the school has gone from strength to strength,” he said.

“We now have a very strong group of young musicians and although it took a long time to build up, it has been worth it and long may it continue.”

“There has been a rise in the interest in traditional music. We have a lot of contact with the local schools and compared to 20 or 30 years ago there is a great emphasis on traditional music, we have strong representation from many schools in the area including BRA, Fortwilliam, St Patrick’s, Hightown of course, and more.”

“Belfast is a great town for traditional music, you just have to go into town at the weekend to see that and long may it continue,” he said.

The school, which is supported by the Big Lottery Fund via the Arts Council and Newtownabbey Borough Council, are also keen to promote traditional music on a cross community level.

“We are regularly involved in various community events including many of a cross community nature in Newtownabbey and further afield.”

For their tenth year the school will be holding its usual classes in fiddle, flute, tin whistle, button accordion, bodhran, banjo, mandolin and guitar, as well as introducing a harp class for beginners due to numerous requests.

The new year will begin with a weekend of Music Workshops in Edmund Rice College over the first weekend of the October.

“This is the fourth year of our weekend of musical workshops and we are hopeful that the success of the last three years’ workshops can be replicated and indeed built upon.

“Like last year the weekend is being funded by Newtownabbey Borough Council and we are most grateful for their ongoing support.

“The workshops are open to both existing students at GSTM and musicians from further afield and will be taken by renowned musicians Donal O’Connor (fiddle), Lisa Murray (flute), Charlie Graham (bodhran) and Stevie Dunne (banjo/mandolin) class.”