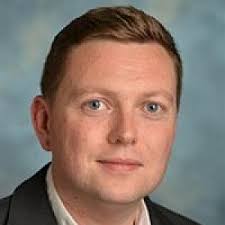 THE proposed relocation of a successful North Belfast football team to South Belfast has led to warnings from an SDLP councillor.

In a letter distributed by Donal Lyons to homes near the King’s Hall, he says he is concerned that Crumlin Star FC’s move to use the Strangford Avenue playing fields for their home fixtures would lead to Belfast City Council making “significant alterations to the facilities” costing “over £50,000” to include improved fencing and the installation of “commercial ticket gates”.

“As the team is based at the Crumlin Star Social Club at the Ardoyne roundabout in North Belfast, it is anticipated that a large amount of players and supporters would travel to Strangford Avenue by car,” the letter states.

“Intermediate matches often attract a few hundred spectators and space would have to be found for cars and visiting team coaches. I find it unbelievable that this number of vehicles could attend matches at Strangford Avenue without local residents being inconvenienced.”

Crumlin Star are one of the city’s most successful amateur teams but have struggled to find a home ground in recent years. They currently play their home fixtures in Larne but a recent promotion has seen them seek grounds within the city limits. Cllr Lyons said he feared local teams could be displaced from the playing fields by the move.

“The playing fields at Strangford Avenue are popular pitches with both the South Belfast League and the Belfast and District League centred on these grounds. Both of these leagues and other casual users of the playing fields would be displaced from this facility disrupting hundreds of local people who regularly use these pitches.”

He has called on any residents will concerns to contact him if they have concerns.