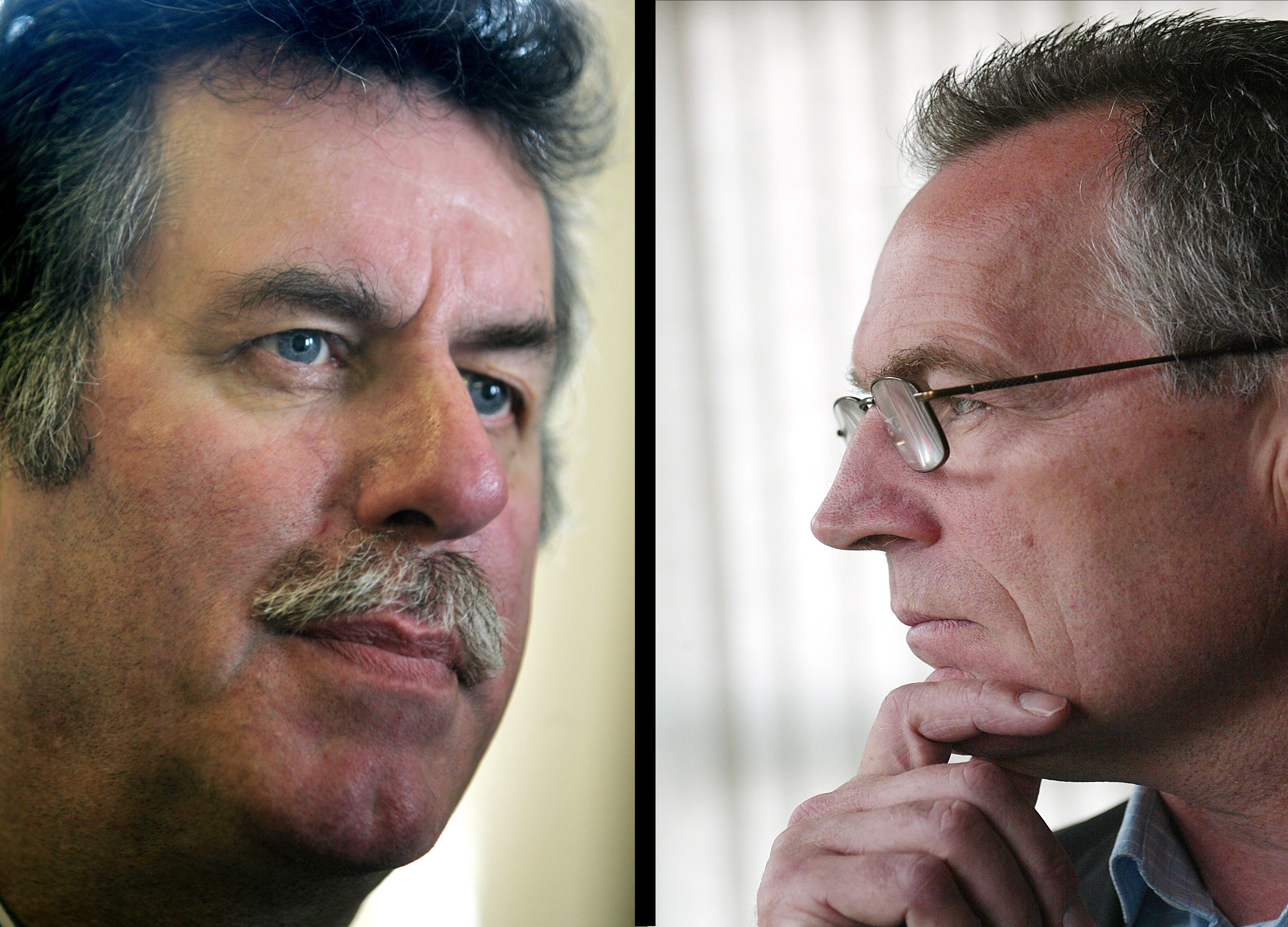 Alban Maginness (left) has described the idea of pacts as sectarian, while Gerry Kelly says there’s a desire in North Belfast for nationalist unity

The SDLP has slapped down a new appeal by Sinn Féin for the party to join them in an electoral pact for the May Westminster election.

Sinn Féin’s North Belfast candidate, Gerry Kelly, made a fresh call for the SDLP to enter into talks about an electoral agreement after the UUP agreed to stand aside in the constituency to give the embattled DUP incumbent, Nigel Dodds, a clear run.

But the SDLP candidate for the seat, Alban Maginness, has firmly rebuffed Sinn Féin’s advances, claiming electoral pacts are “sectarian”.

“We rejected Sinn Féin’s demand for a similar headcount in Fermanagh-South Tyrone and we do so in North Belfast,” said Mr Maginness. “A pact is not progressive – it’s sectarian, and if we are to make real progress in reconciliation we cannot continue to indulge in sectarian electoral pacts such as advocated by Sinn Féin and the DUP.”

Gerry Kelly said it was no coincidence that three out of four of the constituencies targeted in the new unionist pact are areas where Sinn Féin are expected to poll strongly.

“I think nationalists will be insulted by Alban Maginness’s comments because unity within nationalism would be very much progressive,” he said. “It would be very much for equality, religious freedom, anti-racism and anti-sectarianism. What we are seeing here from unionists is majoritarianism.”

Mr Kelly accepted that the withdrawal of the UUP from the North Belfast race has made Sinn Féin’s job of taking the seat from the DUP a tough one – but he says he can still win.

“The unionist pact makes it more difficult if Alban Maginness decides to run, but taking the seat is within reach,” he said. “There are enough votes out there because the share of the vote in North Belfast is 45.9 per cent nationalist to 45.3 per cent unionist. Sinn Féin has increased its vote in every election I have contested and, let’s be clear about this, the SDLP have no chance of winning this seat.”

He said there was a strong desire amongst the electorate for a unity candidate.

“I think by refusing a pact the SDLP have made a tactical mistake and they are wrong. I’ve been out canvassing and what people want is an alignment in terms of ourselves and SDLP. The SDLP are danger of being looked upon as the acceptable face of nationalism to unionism. Unionism is quite comfortable with the SDLP and not the progressive policies of Sinn Féin.”

Alban Maginness said the opposite was the case.

“In a sense Sinn Féin poses no threat to unionism because the real threat to unionism is the argument that SDLP have put forward which is the development of a real partnership between Catholic and Protestant, nationalist and unionist, that will bring about real reconciliation,” he said.

Meanwhile, PUP spokesman Winston Irvine says while his party will have no truck with unionist pacts, they haven’t decided on whether or not to run in North Belfast.