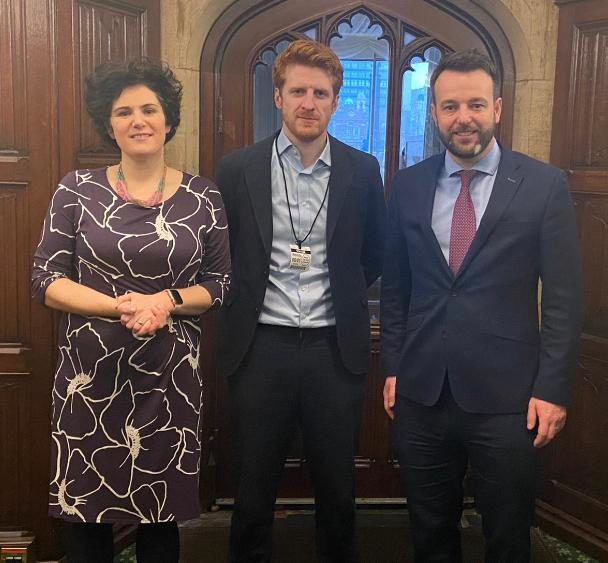 THE SDLP has selected Matthew O’Toole as an MLA for South Belfast following Claire Hanna’s election to the House of Commons last month.

Mr O’Toole has a background in economic policy and communications having worked in roles in the private sector and in government, including in both the UK Treasury and 10 Downing Street.

Announcing the selection, SDLP Leader Colum Eastwood MP said:  “I am delighted that we are able to announce that someone of Matthew’s calibre is stepping forward to join our Assembly team and represent the people of South Belfast. With a strong background in economic policy, having worked across government and the private sector, Matthew brings an immense amount of experience that will be critical to our efforts to rebalance Northern Ireland’s economy, attract new jobs and defend people here from the impact of Brexit.

“I look forward to working with him at a critical time for politics in the North.”

South Belfast MP Claire Hanna said: “I have no doubt that Matthew will make an outstanding MLA, representing the people of South Belfast in all their diversity and delivering for our communities. His understanding of economic development and the tools available to government that can transform places and the lives of people is second to none and will be an immense asset as we attract new jobs and new industries to this city.

“I’m looking forward to working closely with Matthew to deliver for South Belfast and I know that he will do everything in his power to help people in our community.”

Matthew O’Toole said: “I’m delighted to be asked to serve the people of South Belfast at this critical moment. The absence of power sharing has put immense pressure on public services, especially the health service, which is felt acutely in places like South Belfast.

“Brexit has also made Northern Ireland immensely vulnerable and been damaging to community relations. The election to Westminster of progressive, remain voices like Colum and Claire is good news, and I want to do my part in defending Northern Ireland from the effects of Brexit.

“I’m humbled to be asked to serve a constituency that is Northern Ireland’s most diverse and open. I believe deeply in building in a shared society, and South Belfast is an example of how a diverse community can live and work together – I am proud to be their representative.”