Season’s greetings from frontline Belfast, where things aren’t all sleigh bells and snow 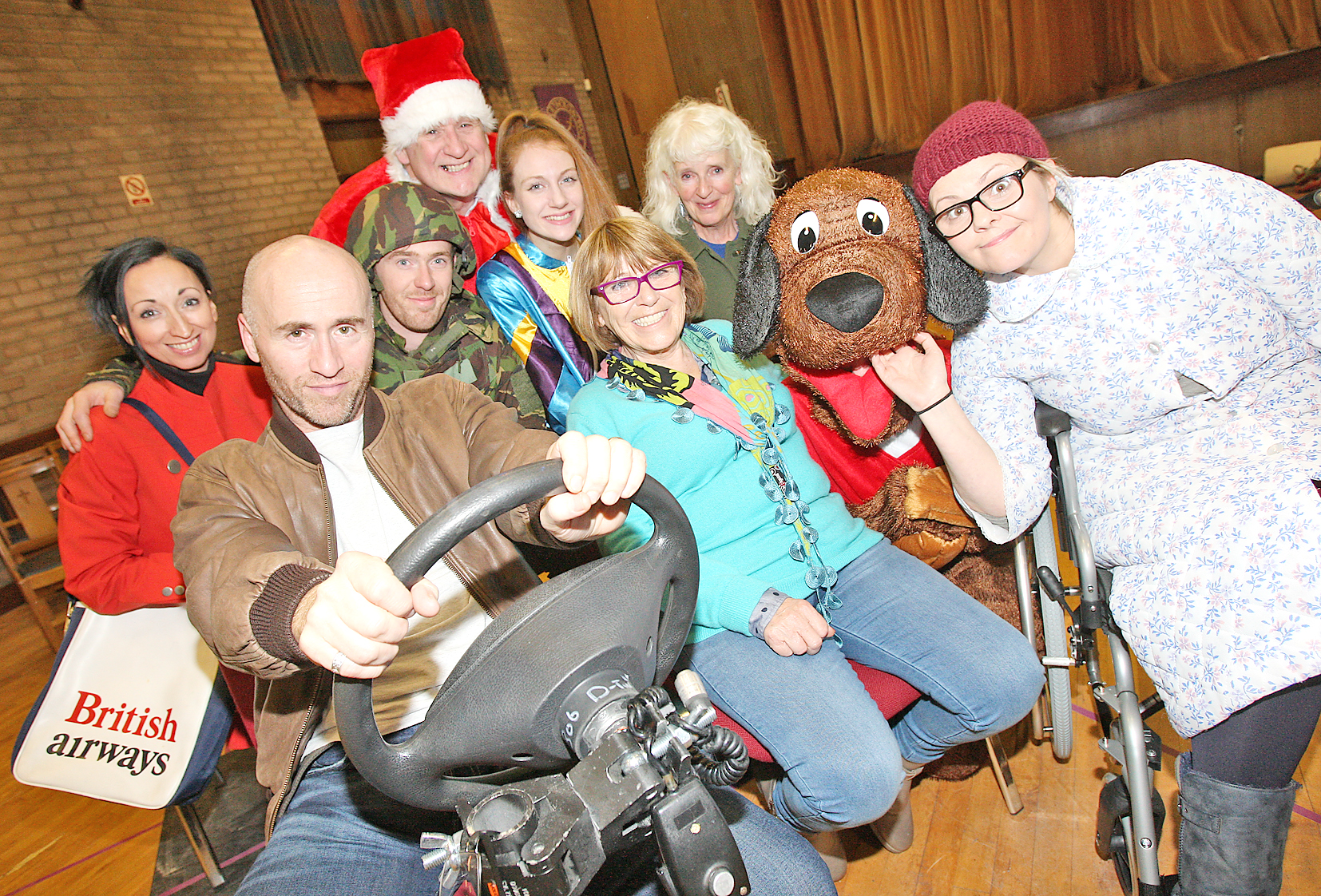 A superstitious Santa with a sackful of poitín, a down-on-his-luck man struggling to make it out of the pub with his turkey intact, a cheating husband and an abandoned granny are just some of the rich cast of Belfast characters a taxi driver picks up and sets down in the Lyric Theatre’s ‘Christmas Eve Can Kill You’.

Written by renowned scribe Marie Jones and directed by Dan Gordon – the team behind last year’s seasonal Lyric hit Mistletoe and Crime – this year’s production is set in the Belfast of 1992, a place with no ceasefire, no Stormont, and very little cheer, festive or otherwise.

Christmas Eve: for many a time of quiet reflection and peace on earth. But the teeming city is also full of harassed people for whom Christmas is a time of stress and strain.

Reuniting on the Lyric stage are West Belfast actors Katie Tumelty and Tara Lynne O’Neill. Daily Belfast went along to St Bartholomew’s Church to see how rehearsals are going and chat to the team about their latest challenge.

“The audience get to meet Mackers, a Belfast taxi man who’d rather work Christmas than suffer the forced celebrations and frivolities of the period,” said Tara Lynne. “As is the norm, on December 24 half the city needs to be somewhere else and not everyone is in the mood for a Merry Christmas.

“Taxi men are the unofficial counsellors of Belfast. People just get in and unburden. Taxi drivers hear everything and the cab is like a confessional. Once you get in, people can’t help but start to chat and that’s where all the stories of these characters unfold.”

Tara Lynne said a lot has changed in Belfast since the play was first performed 23 years ago in 1992 – but the key themes and characters are enduring.

“It’s a history piece, certainly, in that there are no mobile phones, no internet, but Christmas will always be Christmas and the particular set of characters that the audience meet in this play remain familiar,” she said.

“I play a nurse, a woman whose husband is having an affair, and I also play a woman whose family meet up for a Christmas Eve drink. The work is in effect a series of beautifully observed little sketches.”

Director Dan Gordon admits with a rueful smile that he’s one of the army of desperate souls to be found scavenging the half-empty shelves on Christmas Eve for last-minute presents.

“I’m a Christmas Eve shopper, I don’t buy my cards in February,” he said. “The play is about people having expectations of perfection about Christmas that nobody can ever hope to achieve and the resulting disappointment.

“Everyone is under so much pressure at Christmas, people think such and such is having a better time than them. I remember my mother-in-law trying to defrost a turkey in the front room in Rathcoole and it was freezing, there was no central heating. The next morning it was still frozen and I had to get a wood saw and hack the thing in half and put it into the microwave to try and defrost it. Of course Christmas was ruined. It’s that striving to make it perfect that puts people under so much pressure at this time of year.

“We first did this show 23 years ago. We had no money and bought our own costumes. Things have changed a bit since then, but it’s great to back on stage with it.

“I think this is a play in which Marie really found her form and everything grew from there in terms of her work, her characters, her writing.”

Playwright Marie Jones says the work is not a seasonal piece.

“We aren’t really trying to tie these characters up in a neat box and it’s not really a Christmas show as such,” she said. “It’s a very real piece laced with humour that just happens to be set at Christmas.”

Christmas Eve Can Kill You runs at the Lyric Theatre from November 24 to January 10. For tickets call 028090 381081 or visit www.lyrictheatre.co.uk