LIAM MURPHY: Setting your clock by the annual cold 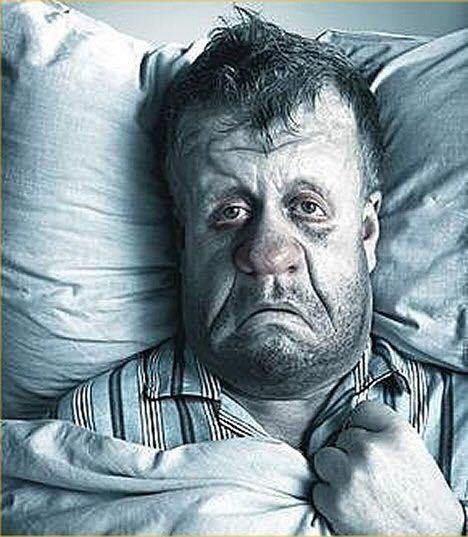 BED REST: The common cold is a punctual annual visitor

BILLY Gillen refers to me as a ‘country man’ and try as I might to present myself as a Belfast man I can't, so it is incumbent on me to say that Billy is right.

Now the truth is that In most situations I rarely agree that Billy is right. As a country man (or a culchie as Billy calls me behind my back)  I  measure the year in landmarks rather than in months or seasons. After the first daffodils we wait for the first cuckoo, and having marvelled once again at the magic  of the apple blossom we go through a number of days when it seems as if it will never get dark. Then our eyes are drawn to the big round bales (we used to see the corn stooks) in the fields of Meath and Louth as the train rolls northwards after our last trip of the year to  Croke Park.

After some time counting the swallows on the telephone wires as they gather noisily while preparing to  migrate and before  we see the advertisements for the much-needed goods for Christmas I usually get my first cold of the season. It's then I look to see if the heavy woollen jumper I was wearing last year has any holes in it as I hold it up to the light.

Occasionally my cold is late. I can remember one year it was Lent (I had just gone off the drink) when it arrived. I wasn't too sure about the cause of the symptoms: hands shaking, my throat was parched; it was a Friday night and the messages on my phone told me that Billy, Jim and Joey were taking  advantage of the Happy Hour. The year Armagh won the Sam Maguire Cup it arrived on Christmas Eve for I remember being in the hall making a phone call on the house phone (the battery on my Nokia was dodgy and I had no credit left).

I had one mighty sneeze which blew the orange and white balloons off the Christmas tree and the fairy lights seemed to blink more frequently than usual. It was apparent to me that another sneeze would blow the fuse. I have to say that these were rare exceptions for as a rule on the day I buy  anti-freeze for the car I call in the chemist shop for anti-sneeze stuff.  When my cold arrives it usually stays with me until the hard frosts have gone and the Culchies are saying, “There's a quare wee lengthening in the days now, isn't there?”
Of course I tell myself I get  several colds during the year but on reflection I know I just had one. As there is only one cure that  I know of, as they say in Tandragee, “It didn’t go away, you know.”

With the cold there is little point in going to the doctor, apart from getting the line to cover the wee annual holiday from work, for he will tell you to go to bed when you don’t feel well and stay there, lest you pass the infection on.

Most of us are not too concerned at the lack of a proper cure for the common cold for it has several advantages.

A good cold turns even the greatest miser  into a spendthrift. You'll see men with a dose of it buying six handkerchieves in one go.  They’ll make their way to the nearest chemist shop and ask for, “Something for the cold.” In saying “something” he means anything and the price of what he is offered is never disputed.

In the pub, instead of a simple bottle of beer he will order hot toddies and towards the end of the night he will confide in the barman that he needs a noggin of Jameson and a small bottle of rum to see him through the night.

The common cold is the source of many of the world’s industries. It helps not only the chemist and the doctor but the  greengrocer, the draper, the farmer and the docker. It means mufflers, flannels, hot water bottles, sprays, ointments, rubs, menthol and  cinnamon and all forms of vegetable products which have to be gathered, packaged and distributed. It means trains, ships, invoices and more. Bottles, tumblers, corks, hot punch and balls of malt.

One in five workers will take time off from work with the common cold each year
Sneezing, scratchy throat, runny nose – everyone knows the first signs of a cold, probably the most common illness known. Although the common cold is usually mild, with symptoms lasting a week or less, it was, until this year, a leading cause of doctor visits and of school and job absenteeism. It accounts for one week’s absence per year per worker.

It’s rare for a man to go back to work and tell the boss he had a common cold last week. Instead he will relate the symptoms and discomforts of the flu.

Only symptomatic treatment is available for uncomplicated cases of the common cold: bed rest, plenty of fluids, gargling with warm salt water, petroleum jelly for a raw nose, and aspirin or acetaminophen to relieve headache or fever and a wee drop of the hot cratur.
The common cold has been called a public nuisance or menace but it might also be seen as a blessing in disguise as it helps some individuals to slow down, to stop burning the candle at both ends and to send us to bed early at least once in a while

When Joey from Ligoniel phoned Billy Gillen last week and told him he thought he had a cold,  Billy told him to stay up the mountain and  pray to God that he had just that and nothing more. Billy has often advised Joey that in that situation he should heat up a little drop of poitín in a saucepan. When it is really hot a dollop of honey should be added. The liquid should now be poured into a preheated glass and consumed in bed.

”If you wake up the following morning you will feel great,” advised Billy. Joey’s problem is that he hasn't got any poitín. Billy says he is running low as  he gets his from a culchie and hasn't seen him for two days.

That's all I can tell you tonight for just now for I feel I have a cold coming on. I saw a lemon in the fridge earlier. Now I wonder if there's any Jameson left?