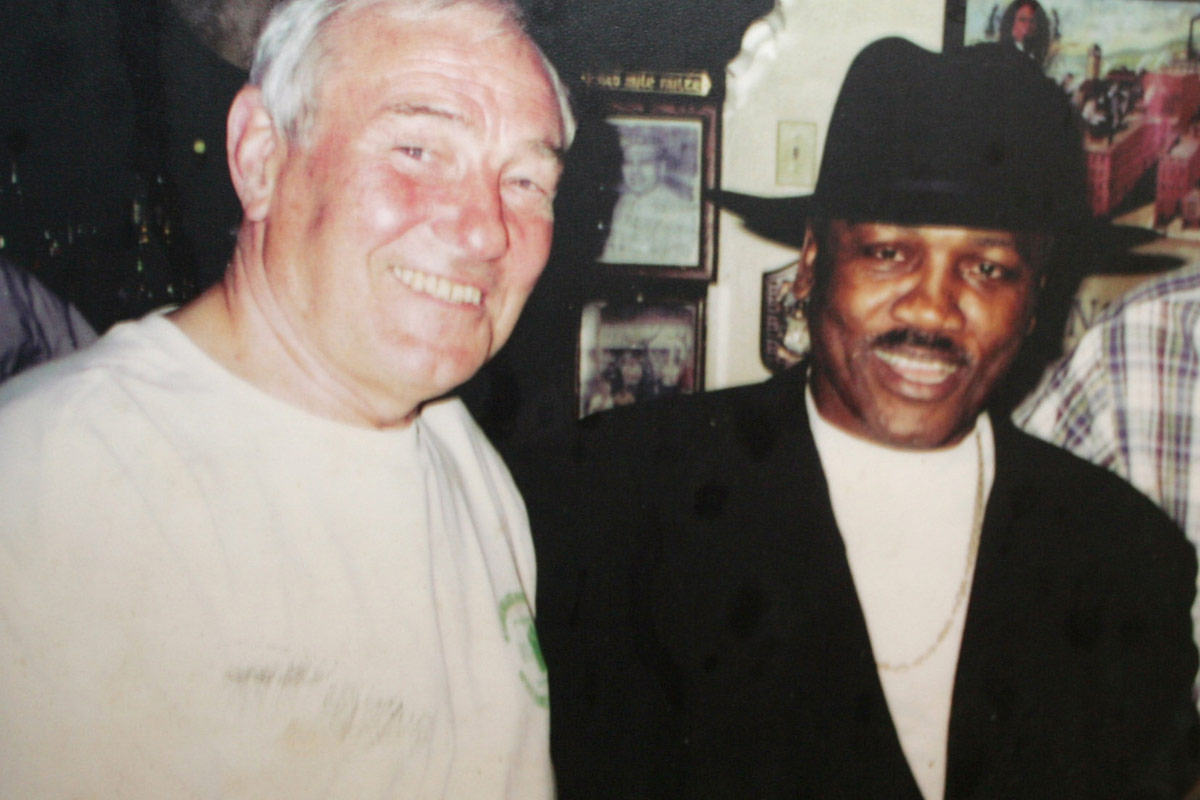 A North Belfast boxing coach has paid tribute to his close friend and legend of the ring, ‘Smokin’’ Joe Frazier who passed away earlier this week.

‘Smokin’’ Joe Frazier died on Tuesday after a battle with liver cancer. Although he reached the heights of the boxing world – being the first-ever fighter to defeat Muhammad Ali in Madison Square Garden in 1971 and losing to ‘the Greatest’ in the Thrilla in Manila in 1975 – he also made an impact closer to home, becoming firm friends with Holy Family boxing coach Gerry Storey.

The pair’s relationship went back almost 30 years to 1982 when Frazier met the New Lodge man on a trip to the United States and continued with several visits Smokin’ Joe made to North Belfast.

“Throughout the Troubles the club continued to keep things ticking over and boxed in all different communities around the city, no matter where they were. We visited Wildwood near Atlantic City in 1982 and Joe found out.

“He made his way down from Philadelphia to meet us, as he had heard about the work we did across the divide here. He told us how impressed he was with what we were doing and that was the start of it.

“Every year we went back to America he would come and meet me and the boys. It wasn’t a case of a quick hello and goodbye either, he always made time for us and spent the entire evening talking with us.”

Gerry said there were a lot of parallels between North Belfast and Joe’s own tough upbringing.

“He was very down to earth and a really humble guy. He had it tough growing up in Beaufort, South Carolina and worked from six-years-old morning to night with his dad on their farm.

“When we became really close he would tell me all the stories about his childhood – about how his dad lost his arm in a shooting and so he had to work even harder on the farm to make up the ground afterwards.

“He really came up the hard way and there are a lot of similarities with what he went through there and in Philadelphia to what many of the boxers here have also gone through.

“To come through that and end up heavyweight champion of the world is some achievement.”

Gerry said those at the club were sad at Frazier’s passing.

“This year was the first time he didn’t visit us when we were over in the States but we didn’t realise how serious things were – we thought it was just a minor illness or something.

“We were very sad here when we heard he had died. But we will remember him as one of the toughest fighters on the planet. Everyone will think of the three fights with Ali and that will be his legacy.”