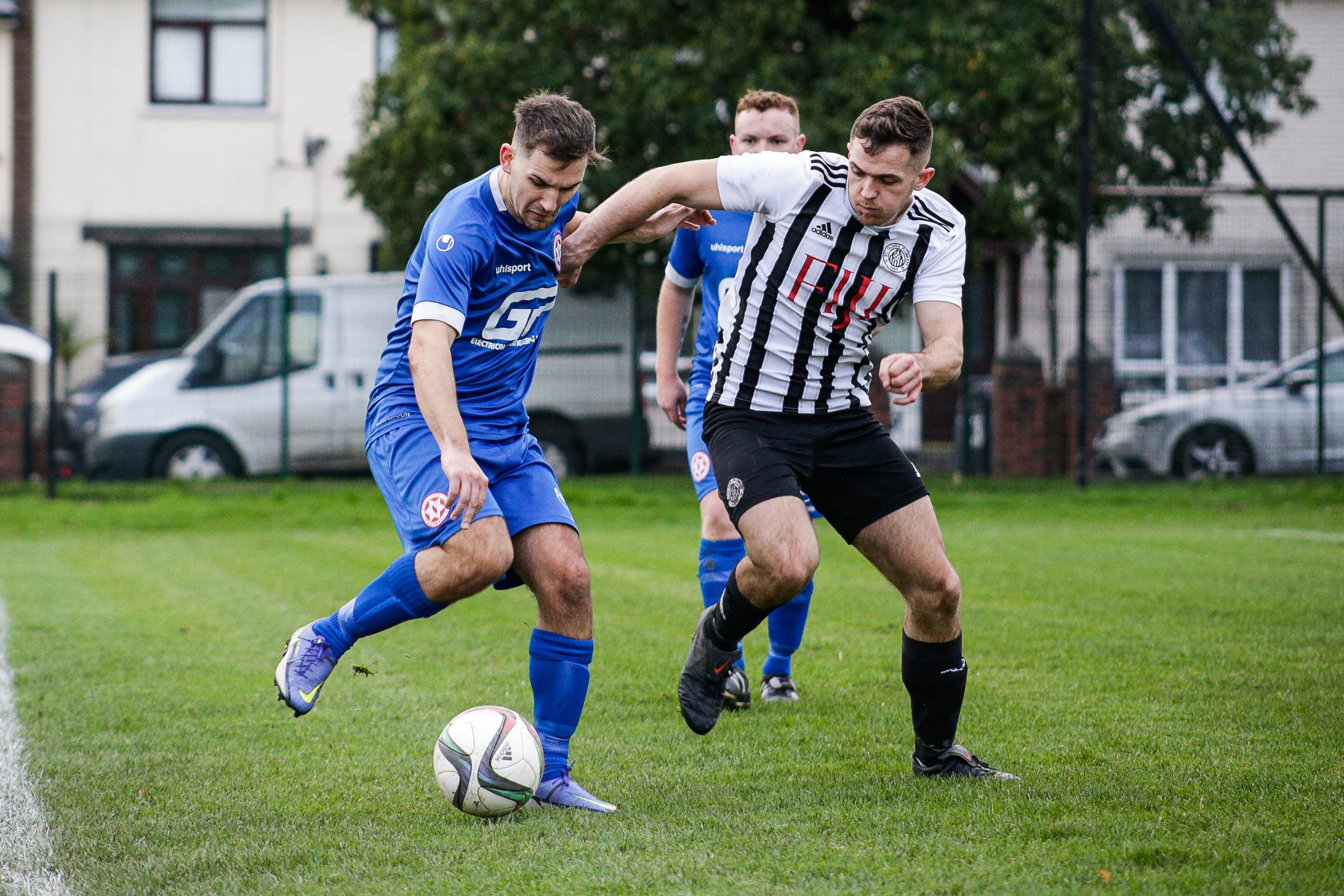 ST Oliver Plunkett surged past Hanover at Lenadoon Park on Saturday to book their place in the third round of the Intermediate Cup.

The game started very slowly, with both sides struggling to get a foothold in the game, as the surface was wet, and the afternoon cold.

It took over a quarter of an hour before either goalkeeper was even tested.

A corner in the 16th minute saw the away side come close as Adam White’s header clipped the outside of the post.

Plunkett striker Gary Dunlop seemed the only outlet for his side, as the big target man nodded and chested every ball in his way kicking his side into second gear.

Dunlop flicked on a lovely weighted headed pass into the path of winger Padraig McParland who skipped beyond the Hannover fullback and drilled in his cross, Sean Jackson mistimed his run leading to him missing his chance.

McParland then retrieved the ball and took a punt from 30 yards which looped the keeper and clipped the bar.

Plunkett’s pressure continued in search for the opener. Multiple efforts were saved well by Matthew Shortt in the Hanover goal, including a nice low shot from Michael Healy that was just off the side netting.

Ten minutes before the break Padraig McParland struck gold. Jody Lynch looked to have made a hash of the corner when he slipped but his cross fell to the feet of McParland on the edge of the D, he drilled an effort low into the corner and broke the deadlock.

Jackson saw a half-volley saved in added time at the end of the first period. But it stayed 1-0 just before the break for the home side.

The men in black and white started fast in the second half, with Dunlop being slipped through by Lynch only to see his effort blown for offside.

That same pairing proceeded to double their lead, when Lynch saw his corner met by the head of Dunlop. The target man leapt like a salmon to hammer his header home into the top corner, doubling Plunkett’s lead. 2-0 to the home side in the 51st minute.

Just moments later, substitute Stephen O’Neill made an instant impact. A quick Plunkett throw from McParland sent O’Neill down the wing catching out the Hanover defence. He burst past and squared the ball to Dunlop who tapped in the effort.

The game was sealed with over 30 minutes left as the score line was 3-0 in favour to St Olivier Plunkett.

The quick start to the second half was very much a killer as neither side created too many chances.

As the game drew to a close it was on the 85th minute that Stephen O’Neill made it 4-0. Gary Dunlop held the play up superbly and played O’Neill in the box who composed himself and coolly placed his effort into the bottom right corner.

Dunlop almost had his hat trick but was denied by Shortt from close range.

It was O’Neill's effort rounded off a dominant display and a thoroughly deserved victory for Plunkett who saw out the game and guaranteed their place in round 3 of the intermediate cup. 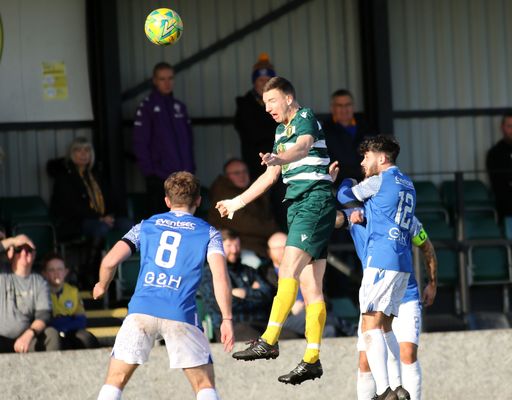 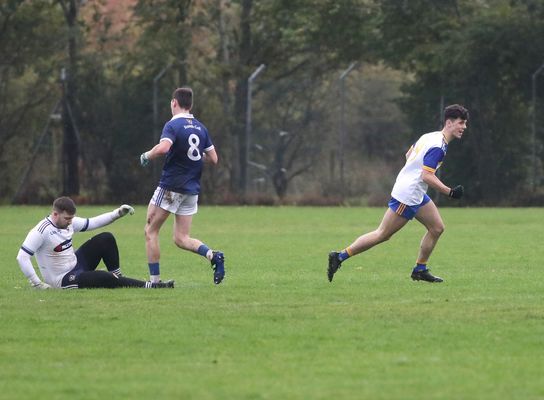 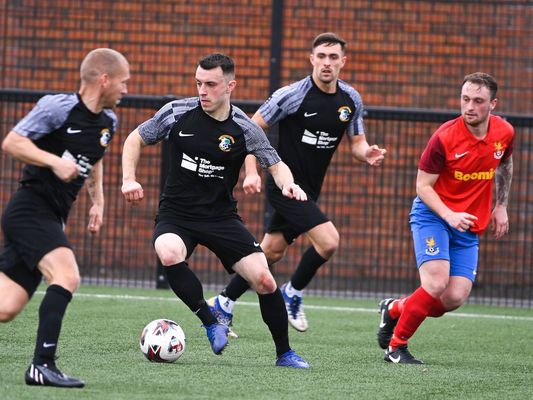