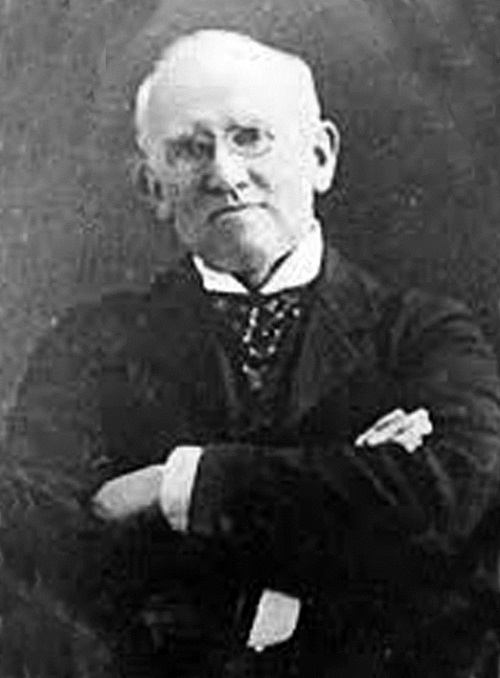 TROUPER: WJ Ashcroft – known variously as ‘Billy’ and ‘Willie John’ – carved a place for himself in the theatre history of Belfast

On the morning of Tuesday, March 11, 1873, crowds of people made their way to Lower North Street. They went there to see the damage done by fire to the Alhambra. The Royal Alhambra Music Hall, probably Belfast’s first, was opened in 1871. In two short years it was playing to full houses every night of the week with the bars doing great business.

Now all that was left of the building were the four walls and it was obvious to all that business could not continue. Many people were suspicious about the origin of the fire, none more than the company who insured it and who refused to pay any compensation. The sole proprietor was Dan Lowry, a well known singer and comedian. When the insurance company, known in Belfast as the Bee, refused to pay out, he was forced to float a company to raise the funds for reconstruction. The Alhambra reopened just six months later in September with a greatly enhanced capacity. Lowry, leading the show, could not resist making a joke about his misfortune. “The Bee has flown away,” he told the audience, “but it has left no honey behind for poor old Dan.”

Although facilities were much improved, the Alhambra failed to live up to its former reputation. Lowry, a native of Liverpool and a comedian by profession, had come to Belfast in 1820, buying a public house in Lower North Street which he ran for some years and when he was able to afford it he converted it into a music hall. After he reopened after the fire he was getting too old to perform every night. When a fellow comedian, singer and musician came forward with an offer in 1879, Dan was only too glad to sell.

The buyer was Billy (billed as Willie John) Ashcroft. He was to make the Alhambra a prosperous venue for the next twenty years. Born in June 1845 at Pawtucket, an industrial town four miles from Providence, Rhode Island, USA. Ashcroft was a talented performer. His parents had emigrated from County Antrim to the States in 1840. As a child he listened to his mother sing and tell stories about her native Glenavy. His father was an accomplished musician and taught him to play the flute and fiddle. He also taught him how to dance jigs and reels. When he was only ten years of age, Billy would entertain friends and neighbours who visited his home by singing snatches of all kinds of songs while marching round the room. As his artistic talents developed so did his entrepreneurial skills. At eleven years of age he played the fiddle for a school dance, giving his services free. As he was close to exhausting his repertoire after more than four hours, he was called upon to sing. He made an excuse about having to go home. He was told by the host and hostess that he must sing or go out. He went out and wisely decided that from then on he would be paid for his services.

He made use of the cellar in his home by creating a mini-bowling alley using bottles as pins. For bowls he cut off the tops of a neighbour’s bedstead which had been put outside to dry after cleaning. When confronted about this, he emulated George Washington: “I cannot tell a lie. I used your oul’ handsaw.” He wasn’t as lucky as George Washington as his father lathered him. He began putting on shows in the cellar, attracting neighbours and friends. During the severe winter of 1857 the cellar became flooded after a heavy fall of snow. Subsequently it froze over and Billy suspended his shows and advertised his skating rink, probably the first in America. He was invited to take part in a concert at a summer resort called Rocky Point. Here he watched a boy dance an Ethiopian jig. He went off and began to practice a dance routine wearing clogs. He formed a ‘negro minstrel troupe’ of boys and after developing a routine he put on a show in a rented room in Providence. This lasted for months with Billy playing fiddle and dancing the lead as well as painting the posters, distributing handbills and acting as ticket collector. He even burnt the corks each day for blackening the faces. After a successful tour of the East Coast, he was invited to join the celebrated Lloyds, then the largest and most successful touring troupe in the USA. In California in 1868 he toured for two years and there he was given a song with which he was identified for the rest of his career: The Solid Man. Written by an Irish American composer called John Toole, a comedian had bought it but didn’t like it. He gave it to Ashcroft. He was identified for the rest of his career and it became his signature tune.

On moving to New York he was billed as ‘California’s favourite versatile comedian’. In Boston he met an English pantomime artiste, Kitty Brooke, and shortly afterwards they married. Kitty brought him to England where he became known as Willie John. He was successful in London and throughout England, handling both drunk and sober audiences with ease. Kitty and Willie John were booked to play a week in Belfast. When he saw the Antrim Hills from the Portpatrick to Donaghadee boat in June 1879 he knew he had come home. The week was extended to three. Three became six. Ashcroft made his bid to buy and in the month of August he hosted his first show as owner and the Alhambra was set to become the top music hall in the two islands. Performers at the music hall included Charles Coborn, Dan Leno, Harry Lauder, Vesta Tilley, Charlie Chaplin’s father, Charles Chaplin Snr, and Marie Loftus, to name but a few. But he was star of the show and Belfast people called the venue Ashcroft’s Alhambra. Billy was known as the Solid Man after that song:

Oh, come with me
And I’ll treat you dacent,
I’ll set you down
And I’ll fill your can;
As I walk the street,
Every friend I meet,
Says there goes Muldoon;
He’s a solid man.

For almost two decades Ashcroft was the Solid Man, both on and off the stage. He never refused a charity gig at the Alhambra and was generous on the street. When he was forced to sell with increasing competition from the Empire and the Grand Opera House he insisted that an old woman who sold oranges in the pit should be allowed to stay on.

He suffered from ill-health and died in Purdysburn Fever Hospital in January 1918. A Celtic cross at the head of his grave in the City Cemetery bears the inscription ‘The Solid Man’. The Alhambra subsequently became a cinema and by 1939 it was estimated that 33 million people had paid an entrance fee.

Early on Sunday, December 3, 1939 a night watchman making his way home discovered the Alhambra ablaze. For the second time in its history the old music hall was burnt out.