Sorry saga of Ross Street flats near an end 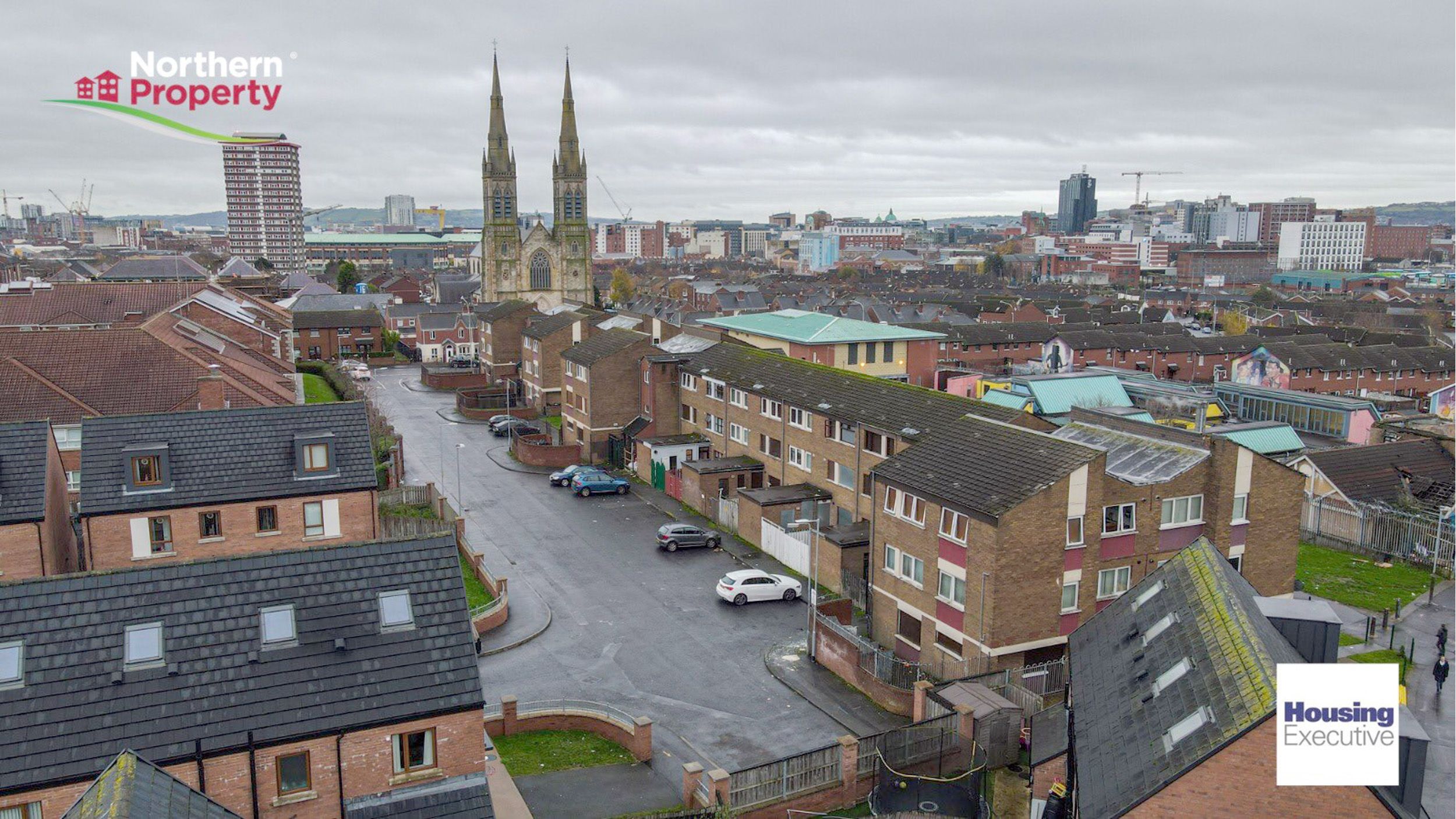 ALL CHANGE: Northern Properties has been working closely with the Housing Executive on the changeover of properties in the area

PLANS to demolish Ross Street flats and replace them with new social homes are continuing to progress following the acquisition of a number of existing properties by the newly energised Housing Executive.

Locally-based estate agents Northern Property confirmed it had acted on behalf of four homeowners in the sale of their properties to the housing body.

The acquisition is the latest step in plans to redevelop the area under the Department for Communities’ Building Successful Communities (BSC) initiative, which aims to use housing intervention as a catalyst for local regeneration and change across six pilot areas, including the Lower Falls.

Commenting on the sale, Carla Rafferty from Northern Property said: “This area has been subject to quite a lot of anti-social behaviour and NIHE were looking to vest the properties or land for social housing in order to rejuvenate the area.

“We acted agents for the four owners, which involved gathering comparable evidence and offering our expert opinion on the value of the properties, then negotiated and agreed a purchase price with NIHE.  All four sales have now completed.

“I assisted the owners with completing and submitting home loss disturbance and compensation forms also as part of the process.”

A Department for Communities spokesperson told the Andersonstown News this week: “A local BSC Regeneration Forum was established for the Lower Falls area and a number of catalyst and key projects were identified and have or in the process of being taken forward.  Ross Street Flats were identified as a priority project in need of redevelopment to tackle ongoing anti-social behaviour in the area as well as a number of physical deficiencies including access, heating, security and the external environment.

“There is local community and political support for the redevelopment of these flats in the circumstances.

“The BSC Regeneration Forum considered options for the area and in September 2019 departmental approval was given to provide funding to the Housing Executive to take forward plans to demolish and replace the flats. The Housing Executive is currently working to vacate the properties, plans for their demolition and design of the new dwellings. The redevelopment of the Ross Street Flats site will deliver significant benefits to the area and the Department for Communities is committed to working collaboratively with the Housing Executive in the successful delivery of this project.”