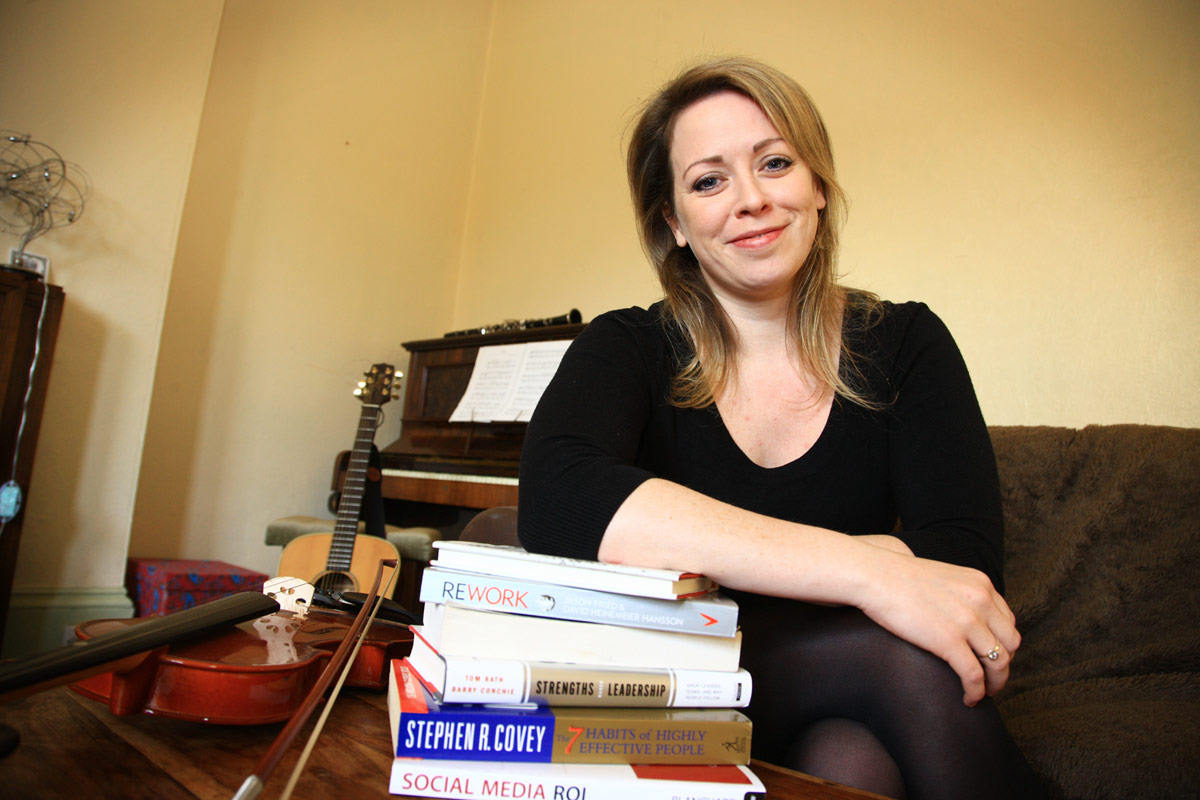 Tracey Dempsey is a South Belfast-based life coach who runs her own company Soul Ambition. She describes her work as helping people fulfill their potential in ‘life, career and business’. However, the 34-year-old is also an events organiser, public speaker and even a talented musician having recorded an EP of her work as a singer/songwriter.

I was born in Ballymoney

I now live near Botanic Gardens

I was educated at Queen’s University Belfast

My earliest memory is singing along to ABBA’s Super Trouper, aged three

I actually became a coach/trainer/writer/speaker/part-time singer

Worst job I’ve ever had - no real stinkers, just ones that didn’t fit

Best job I’ve ever had - this one

The bravest thing I've ever done facing the terror of depression – but it was the making of me; I'm grateful for it

The stupidest thing I've ever done is... being guided by worry about what other people think

The biggest thing I've yet to do is record an EP

The most important thing in the world is love

I'm most proud of the impact of my work, though you can always do more

My favourite saying is  “Change your thoughts, change your world”

The last book I read was Brooklyn by Colm Tóibín

My favourite movie is Back to the Future or Anchorman

The actor that would play me in a movie of my life would be Chloë Moretz, when she's older

The song that makes me dance is any funk, hip-hop, or disco

The best place I've ever been Brooklyn, Barcelona or Donegal

The place I have to visit before I die is Asia

If I could describe myself in five words they would be talkative, empathetic, passionate, intense and ever-learning

If I could invite five people (living or dead) to a dinner party they would be Carl Jung, my granddad, Malalai Joya, Nick Cave and Eddie Izzard