Squeeze on school places gets worse 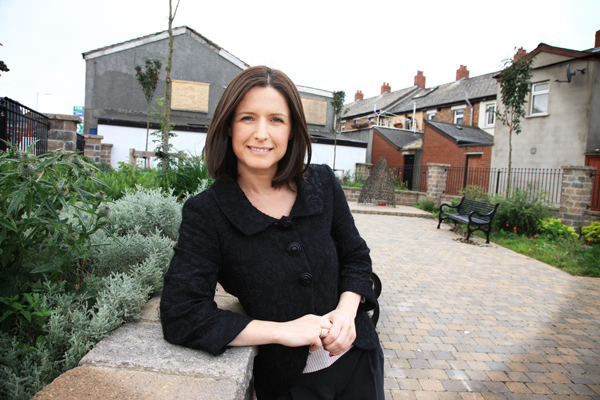 ALLIANCE South Belfast MLA Paula Bradshaw says a fundamental reform in the allocation of school places is needed, after figures showed a soaring demand for places in South Belfast,with well over a quarter of applicants now not getting their first choice.
Ms Bradshaw revealed statistics released to her by the Education Authority outlining the number over the past five years of school admissions.
In 2019, 1103 pupils living in South Belfast applied for a post-primary place – 789 pupils were offered a place at first preference whilst 314 were refused.
In 2018, out of a total of 983 applications, 770 pupils were offered a place at first preference, with 213 refused.
“The number of pupils seeking places in South Belfast post-primary schools has risen from 866 to 1103 in the past five years, yet Area Planning seems to have managed to miss this completely,” explained Ms Bradshaw.
“This defeats the whole purpose of Area Planning. How can it not already have been known that approximately 240 more pupils would be requiring places over this period? If Area Planning was unable to monitor this correctly, it is entirely unsuited for purpose. It is a complete failure of the system.
“The outcome of this failure is drastic. As a consequence, we now have, for the first time, seven pupils in South Belfast not receiving any offer at all for September 2019. Additionally, the number not receiving their first choice rising dramatically from 18 per cent to 28 per cent and this will only rise further.
“With more than a fifth more pupils seeking places in South Belfast than was the case just three years ago, we should have been taking action to address the shortfall in provision we knew was pending.
“The increased intake at Lagan and Aquinas, of 20 places each, can cover only a sixth of that increase and is nothing like sufficient. So, what we are seeing is a comprehensive failure of the whole transfer system in South Belfast.
“With ever more new housing in and around South Belfast, this is only going to get worse in years to come. Where is the monitoring of this? What will the requirement be five years from now? What is being done to address it?
“The Alliance Party has called, and will continue to call, for a fundamental, independently-led review of education provision with a view to far-reaching transformation recommend-ations being proposed.
“A high priority within this process would be a focus on improving Area Planning, so that pupils and their families are not left in the appalling situation where they are left without a school, with the ultimate solution being more educational provision either within existing schools or a new build,” added Ms Bradshaw.