SQUINTER AND THE CANCEL CREW 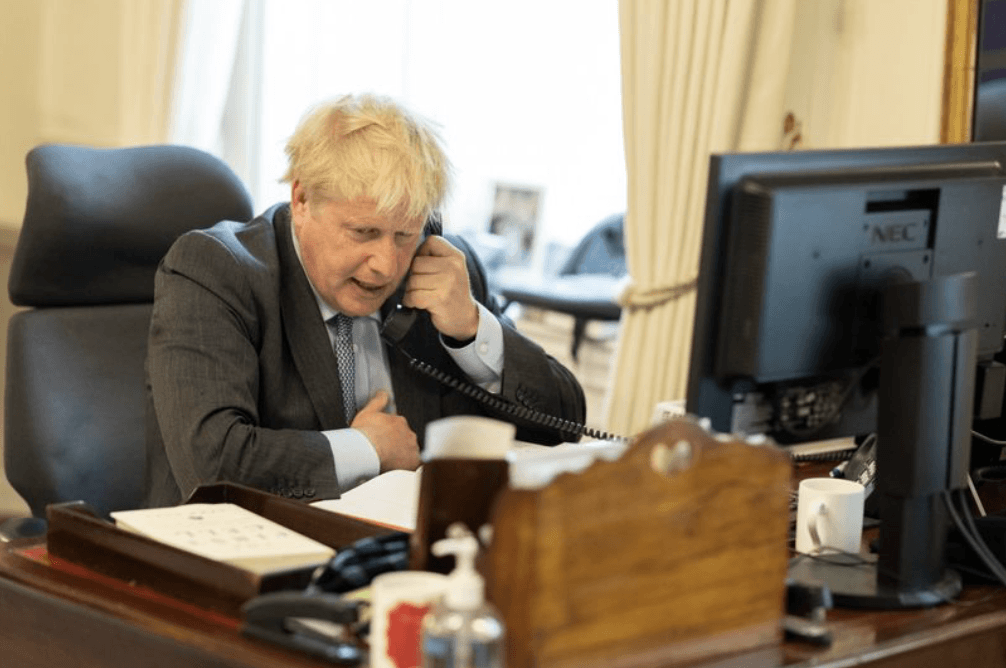 YOU don’t hear so much about it now because the word has become so much a part of our daily vocabulary, but when Squinter was a boy and a young man he regularly heard complaints about the increasing use of the word “cheers” as a substitute for “thanks”. It was claimed that the word simply didn’t exist in Belfast – or anywhere else across the North – pre-1969 and that it had been brought here by British soldiers at the start of the Troubles. Perhaps it’s true, perhaps it isn’t, but what’s clear is that the complaints didn’t gain any traction because the word is to be heard everywhere these days.

Bit like “cancel culture”. Up until recently the phrase was only to be heard in the British media and it was on the lips of Tories, Brexiteers, Tory Brexiteers, right-wing newspaper columnists and Brexiteer newspaper columnists (which is essentially the same thing, when you think about it). But during a conversation at the weekend Squinter heard the phrase uttered during a pretty harmless conversation about vaping. The claim was made that the increasing number of restaurants and pubs in Belfast that are clamping down on indoor vaping is an example of “cancel culture”, even though it might seem to be a perfectly reasonable thing in the age of Covid (on the rise again) and in relation to a device which is essentially a virus hose in the hands and mouth of somebody infected with the virus.

Cancel culture doesn’t exist, needless to say. People have always got the sack or been disciplined or been thrown out of places for bad behaviour. Somebody headbutts you in the works canteen it’s not cancel culture if he gets the heave-ho. Similarly, if people like Squinter don’t like breathing in vapour that has been in the lungs of somebody else it's not cancelling people to tell them to knock it on the head.

But the clearest evidence that cancel culture doesn’t exist is not in the frankly comical deployment of the phrase in casual conversations by Jo and Joe Soap in the living room, supermarket or pub, it’s in the fact that the very people who punt the cancel culture myth are people who, if it did exist, would have been the first to be cancelled. But they haven’t been. In fact, they have positively benefited from appalling behaviour that would have seen the aforementioned Jo and Joe given their P45s before they could see “It’s political correctness gone mad.” To use another phrase that is currently growing in popularity, Tories and their media chums who behave appallingly tend to “fail upwards”.

The classic example, of course, is the head of the party that’s telling you that cancel culture is going to eat your children and rob your granny: Alexander Boris De Pfeffel Johnson. The rap sheet is a familiar one, but when it’s read while constantly reminding oneself that Johnson and his chums spend their time assuring us that teachers are getting cancelled for saying the word “blackboard” and bacon sandwiches are being cancelled to placate the Muslims, it takes on a new depth of meaning.


LET’S stick with a teacher for an example. What, in your opinion, would happen to a teacher who was taped plotting to assault a colleague? Would they be sacked – sorry, cancelled – or would not another word be heard about it? Needless to say their feet wouldn’t touch the ground, but when Borish Johnson was recorded agreeing to give the address of a journalistic colleague to an Eton friend who wanted the man to be beaten up for writing about him, not only were his bosses and PC Plod gloriously unconcerned about the matter, his career subsequently thrived. And if you think there’s a lesson there you should be aware that while such latitude is routinely given to Eton alumni, ex-La Salle and CBS pupils are unlikely to meet with similar understanding.

And when Johnson finally did get his marching orders from a job – for inventing a quote from his historian godfather – he marched straight into the Telegraph, which sent him to Brussels where he made his name by making up funny stories – i.e. lies – about the EU demanding smaller condoms for Italian men and bendy bananas being banned. In other words, he failed upwards. And the rest is history.

Which brings us to the Spectator, a noisly pro-Brexit magazine which, like Johnson and the Tories, spends much of its time solemnly assuring its permanently frightened and angry readers that cancel culture is going to replace Huw Edwards on News at Ten with a post-op trans woman in a Black Lives Matter T-shirt. Unfortunately for their thesis, some of their columnists spout in print the kind of Britain First/skinhead bile that wouldn’t be out of place at a Jim Davidson benefit concert for Tommy Robinson. And remain uncancelled.

Spectator associate editor Rod Liddle wrote that elections should be held on days when Muslims can’t vote – a column that Spectator editor Fraser Nelson told the Guardian “shouldn’t have been published in the form that it was.” But that’s as far as the top man at the magazine took it. In an earlier Spectator blog, Liddle claimed that African-Caribbean youths were responsible for the “overwhelming majority” of violent crime in the capital and in return had given Londoners only “rap music” and “goat curry”. Par for the course, you might say, for someone who wrote of a visit to Auschwitz on a Millwall football fanzine: “It’s f***king outrageous that you can’t smoke at Auschwitz. I had to sneak round the back of the gas chambers for a crafty snout. Also, I’m not convinced about the newish Auschwitz burger bar and grill.” That particular observation cost Liddle not a second on his serene and inevitable journey to the heart of the Tory commentariat, but Squinter’s gonna take a wild guess here and say he’s not sure Jeremy Corbyn would have got away with it. A controversial view, but that’s what we columnists get the big bucks for. And we’ll quickly move on from the fact that Liddle wrote in the Spectator that he never considered becoming a teacher because “I could not remotely conceive of not trying to shag the kids.” Next week in the Spectator: “Rod Liddle [again] on why you can’t open your mouth about anything these days without being cancelled.”


MEANWHILE, Times columnist Giles Coren spent a sizeable chunk of a recent half-hour podcast decrying the amount of things that were being cancelled every day, building up to the big climax: “I’m just saying, ‘What the f**k do I write about?’”

Well, Giles, you wrote the following about being on holiday with your daughter when she was three: “And then I sit and stare at her, like the dippiest lover, not talking, transfixed by her beauty. Unable quite to drink, it all in. Missing heartbeats at the way she gazes out at the sea through her long, curling lashes while slurping Coke through her pursed, plump lips.
“And doing this,  I realise how being on holiday with my tiny daughter is the most insanely romantic holiday, in some ways even the sexiest, that I’ve ever had.”

And to even things up, he wrote this of his four-year-old son, after first describing him as a “fat little bastard: “Arse on him like Vanessa Feltz and a full-frontal presentation at bathtime that puts one in mind of a Gavin and Stacey era James Corden or a well-waxed Christopher Biggins, all giggly on too much rosé.”

Squinter supposes that one of the reasons Giles has avoided the cancelfest he spoke about in his blog is that other people higher up read his stuff, decided it was good to go and are therefore implicated. But his, ah, colourful Twitter output (that’s colourful as in sick-makingly vile) implicates no-one but himself. Here’s a sample of his social media banter: “Next door have bought their 12-year-old boy a drum kit. For f**k’s sake! Do I kill him and then burn it? Or do I f**k him and then kill him then burn it?” Giles followed that up with: “For sale, charred and partially f**ked. Has own drum kit.” Squinter imagines Giles might have faced some interesting questions at the next meeting of his neighbourhood watch committee. Certainly more interesting questions than he faced from his employers, who again decided cancelling was not the answer. Even though Giles thinks everybody’s being cancelled.

The most recent target of his Twitter fury was journalist Dawn Porter, who died last year aged just 34. Porter had previously opined on Twitter that too many people of limited talent get big jobs because of who their father is (Coren’s father was the noted writer and satirist Alan Coren). When Dawn Foster passed away in Belfast Giles tweeted: “When someone dies who has trolled you on Twitter, saying vile and hurtful things about you and your family, is it okay to be like, ‘I’m sorry for the people who loved you, and any human death diminishes me, but can you f**k off to hell now where your belong?’”

After a fierce backlash from everyone except those who had the power to cancel him, Giles deleted the tweet and replaced it with another, more sensitive one: “When someone dies who has trolled you on Twitter, saying vile and hurtful things about you and your family, is it okay to be like, ‘I’m sorry for the people who loved you, and any human death diminishes me, but, ‘HA HA HA HA HA HA.’?”

Oddly enough, that didn’t do the trick and the backlash continued, forcing poor Giles to cancel – sorry, delete – that tweet too.

Radio and presenter of BBC’s ‘Amazing Hotels’, if you must know.
Cancel that, as they say.