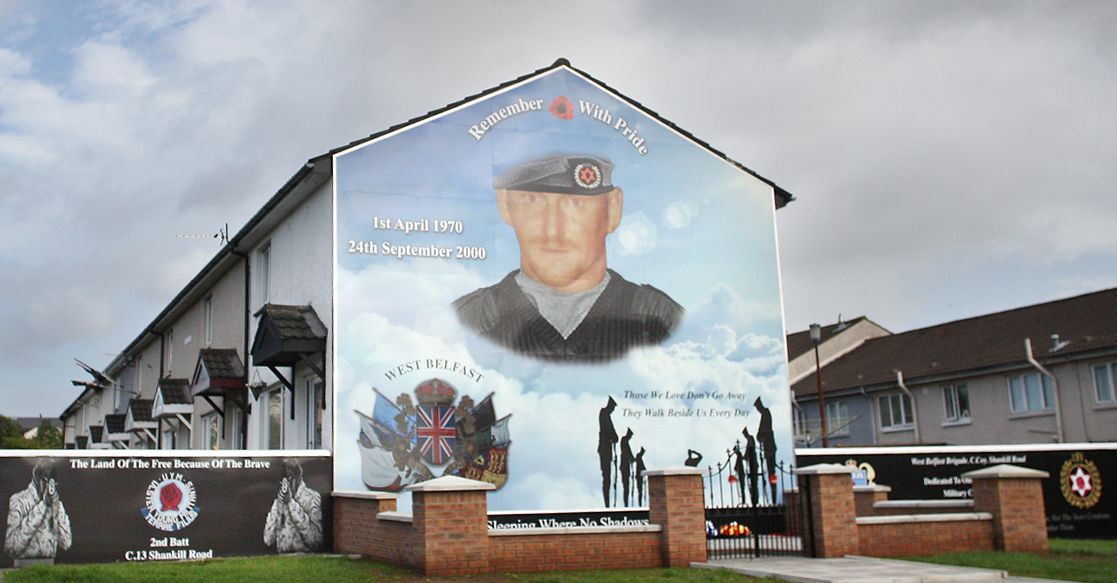 Dave supports Our Boys. Dave remembers them every November (oh, and October) by wearing a poppy. Dave was in Marks and Spencer’s on Boucher Road on Sunday past when the lights were dimmed and the tills closed at 11am for the two minutes silence.

Dave could have stayed in the house to watch the Cenotaph ceremony live from London; he could have gone to City Hall to be silent and bow his head to reflect on the sacrifice of those who served. But Dave needed a few things for the Sunday dinner and so he squeezed his solemn act of remembrance in between picking up the gravy granules and sticky toffee pudding. Dave, needless to say, was appalled as he briefly raised his downcast eyes to have a fly juke round him to see so many people with the sheer gall to keep shopping in a shop.

Across the city, other acts of remembrance – individual and corporate – were taking place, not least half a mile away from where David stood with his basket and his thoughts, because the UVF and the UDA both held their own poppy day ceremonies to remember the sacrifice of the Shankill Butchers and the Greysteel Gang. Dave wasn’t as annoyed about that as he was about the bloke in Marksies who was on the phone when he should have been remembrancing.

Dave rang a radio phone-in to complain about the Irish women’s team singing the Celtic Symphony. He had every intention of cheering on the girls in green in Australia and New Zealand next year, he said, but now he won’t because by singing ‘Ooh, ah, up the Ra’ they are spitting in the face of victims. Back in August he rang the same show to give off about the Wolfe Tones at Féile. Dave didn’t bother ringing the show about the UVF and the UDA wearing poppies and laying wreaths to acknowledge that Lennie Murphy and Basher gave all their tomorrows for our today.

He did, however, write a letter to the papers about Michelle O’Neill saying she thought that at the time there had been no alternative to the IRA campaign, adding a paragraph at the end recommending that Queen’s University sack Professor Colin Harvey for being a united Irelander. And he was delighted when the UVF and the UDA wrote a letter to unionist leaders warning of “dire consequences” should there be any hint of joint authority and he is a great admirer of the sterling work of unionist academics at Queen’s down through the years.

Dave is four-square behind the DUP meeting the UDA to discuss political developments and he agrees with senior DUP figures that the IRA army council is running Sinn Féin; he believes terrorists should not be allowed in government. Dave was an ardent Brexiteer and at first he agreed with Arlene Foster and Jeffrey Donaldson that the Protocol handed loyal Ulster the keys to Shangri-La, but he too later changed his mind and now believes the Iniquitous and Union-Subjugating Protocol© is a bigger threat to the PUL way of life than the Ra. (See UVF/ UDA “dire consequences” threat above.)

Dave is completely supportive of the DUP unilaterally pulling down Stormont at a time of unprecedented economic chaos but he was outraged when Sinn Féin brought the shutters down in 2017. He was glad to hear that a deal was struck in 2018 allowing Stormont to return but after the UDA told the DUP at a meeting they really didn’t like it Dave was glad to see the deal scrapped.

More next week from another of the increasing number of Daves out there. And the week after that, no doubt. 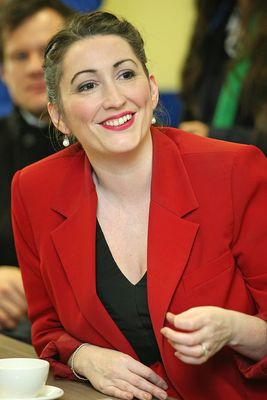