SQUINTER: Those Protocol protests: The pressure must be maintained 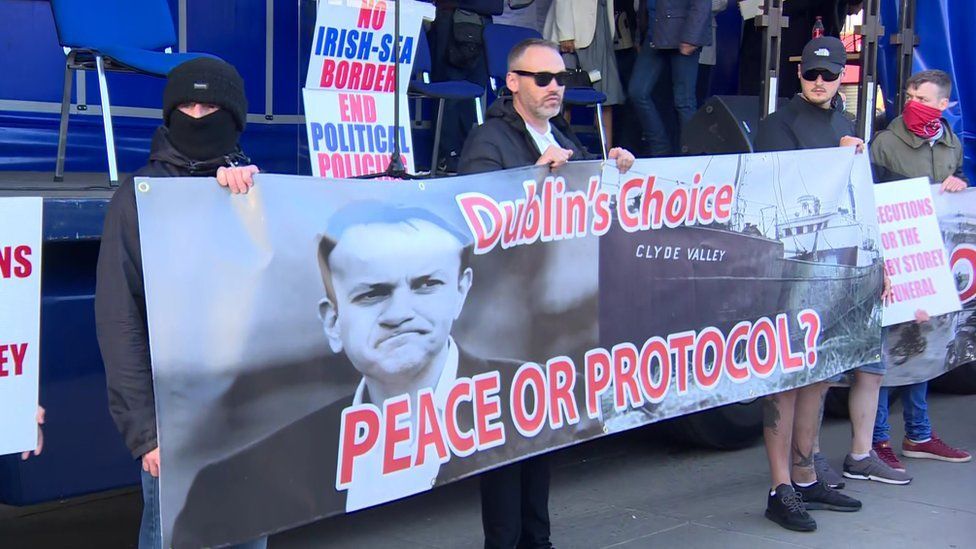 If you’re not in favour of violence why do you have a picture of a UVF gun-running boat on your banner?

– Your protests seem to be getting bigger week by week. Is there any reason for that?
– Well, obviously anger at the union-subjugating Protocol is deepening all the time. People see that our precious union is under attack and they are determined to do something about it. Also, they enjoy hearing people shout a lot.
– What’s your biggest crowd so far, do you reckon?
– I think we’d about three or so at Markethill.
– Three thousand?
– Three hundred.
– And not counting the bands?
– That’d be just the three.
– Tell me, who’s to blame for the Protocol?
– First and foremost it’s the fault of the EU, who are trying to annexe our Province into a European super-state against the wishes of the majority.
– But most people here voted to remain in the EU.
– I mean a majority of Protestants.
– Anybody else to blame?
– Dublin are using this crisis to tilt trade away from NI-GB to NI-RoI in order to bring about an economic united Ireland.
– What about the Tories?
– The who?
– The Conservative Party. Boris Johnson and David Frost, the men who co-wrote the Protocol and signed it off.
– Oh, yes, them too.
– Why isn’t anybody sending hoax van bombs to Parliament or breaking windows in Brussels?
– Have you seen the price of plane tickets at the moment? And, anyway, we firmly reject all violence and at no time have we suggested that there should be anything but peaceful protest.
– What about that banner?
– What banner?
– That big massive one in front of the trailer.
– Oh, that one. What about it?
– It says: ‘Dublin’s Choice – Protocol or Peace.’
– Just right too.
– So if the Protocol stays there can’t be peace?
– Exactly.
– So if we don’t have peace what do we have?
– What do you mean.
– Well, can you give me some antonyms for peace?
– Some what?
– Antonyms – words with the opposite meaning.
– Can’t think of any off the top of my head.
– According to the thesaurus you can have battle, conflict, fighting, strife, trouble, tumult, unrest, uproar, violence, warfare.
– Wee bit of strife, maybe? Just a bit.
– What’s that boat behind the words in the banner.
– The Titanic?
– No, it’s the Clyde Valley.
– Oh, so it is.
– What was the Clyde Valley famous for?
– Don’t know, but I’m sure you’re going to tell me.
– It was a UVF gun-running boat.
– Okay.
– If you’re not in favour of violence why do you have a picture of a UVF gun-running boat on your banner?
– It’s a reminder to Dublin, Brussels and London that we won’t be pushed around.
– Or what?
– Or we’ll start making more banners.
– If people are concerned about the Protocol, who should they vote for in the coming election.
– We’re advising them to vote unionist down the ticket.
– In any particular order?
– We’re clear that Jim Allister is the strongest anti-Protocol voice in Ulster at the moment.
– And then… the DUP?
– Not a chance. Jeffrey Donaldson said the Protocol was a ‘Gateway of Opportunity’ and did a victory lap in a Spotlight interview.

– Doug Beattie is another Protocol Lundy who doesn’t have the guts to attend our rallies. He’s so weak on the union he might as well join Sinn Féin. Or even worse, Alliance.

– So who does that leave?
– The TUV.
– So vote TUV down the ballot?
– Yep.
– But there’ll only be one candidate.
– That’s why we’re advising people to vote 1 Jim Allister and to draw little union jacks in all the other boxes

Sorting out the Belfast mess is never that easy


SQUINTER’S Portuguese son-in-law was at a gig in Belfast city centre at the weekend and to say he was unimpressed would be something of an understatement. Unimpressed, that is, not with the gig but with the state of the town.

That’s pretty much Squinter’s position too. You’d go a long way to find another city as littered as Belfast. And when Squinter brought up the subject on Twitter it quickly became apparent that a lot of people are equally unhappy about the fact that we’re such absolute hallions when it comes to keeping the place tidy.

We’ve all got our stories, haven’t we? A relatively minor one has remained stuck in Squinter’s head head for the 10 or 15 years since it happened. Squinter was walking through Bingnian Drive and ahead of him an older woman was picking litter in her garden. Crisp packet, hamburger carton, that sort of thing, plus a few odds and ends. As he got closer she opened the garden gate with one hand while cradling the litter in her free arm, stepped out on to the pavement and dropped the lot on the road. You’ll agree that this small act was not the most egregious act of littering that the city has ever endured, but it left Squinter shaking his head. Why wouldn’t she put it in the bin in her kitchen? Or in the wheelie bin round the side or out the back. To save steps? Time? Bin space?

There’s currently an oil tank at the entrance to Colin Glen and on the Upper Springfield Road there’s a maroon sofa with yellow flowers on it. Both a few minutes drive from a recycling centre. Which is more fly-tipping than littering, but in the same category of villainy. Twice Squinter’s intervened during a fly-tipping-in-progress, the two incidents leading to rather different reactions.

Both incidents took place at exactly the same spot – the entrance to the Workwest office and workspace complex at the bottom of the Hannahstown Hill near the Andytown News. Squinter’s leaving work one Saturday afternoon when he sees an older model small red van parked up. An unseen hand is tossing masonry out of the back. So over he danders and there’s a chap crouched in the rear of a van manhandling a fireplace out and on to the ground. It’s quite the pile of rubbish and when Squinter asks him what he's doing he says he’s “just leaving stuff here”. So Squinter takes pictures of the vehicle and the mess and, as he’s doing so, the bloke begins heaving the fireplace back in. Then he starts on taking back the bricks and mortar, which is a hell of a more difficult job than kicking and shoving it out.

We chatted a bit as he worked (without help, needless to say) and he was very sheepish about the whole thing. He said he was renovating a house on the Lisburn Road, but could only shrug his shoulders in embarrassment when Squinter asked him what brought him to Hannahstown. Squinter’s tempted to say he was rather sweet about the whole thing, but given the nature of the act in which he was engaged, he won’t.

Sweet is not a word Squinter would even consider using about his second dirtbird. Same drill, different day. There’s a car with the tailgate and the rear doors open, the back seats folded forward and a middle-aged woman tossing black bin bags on to the road with gay abandon. Asked the same question about her presence at the foot of the Black Mountain, she angrily demanded to know what business it was of Squinter’s. And when Squinter began taking pics of her number plate and the rubbish, she flew into a paroxysm of foul-mouthed fury and threw another bag on the pile. When Squinter informed her that she was heading for a fine, she stopped and thought for a second before starting to load the bags back into the car. As Squinter watched she dug deep into the large and colourful Belfast lexicon of foul language, every sentence a reiteration of her passionately-held belief that Squinter was an oul’ Jinny-Anne with nothing better to do. Let’s just say that Squinter’s tiny wave as she drove noisily off did nothing to improve her mood. 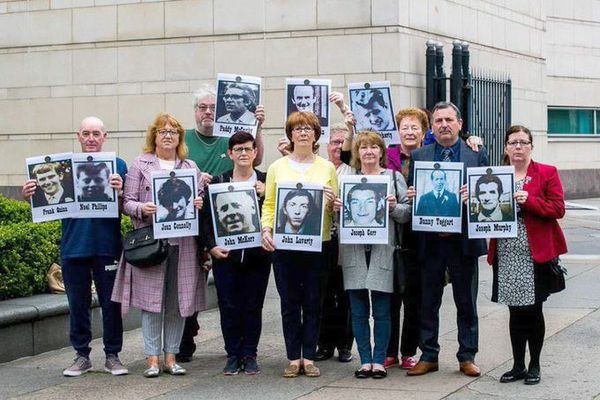 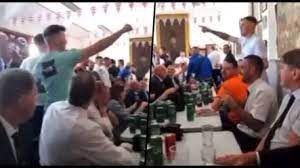 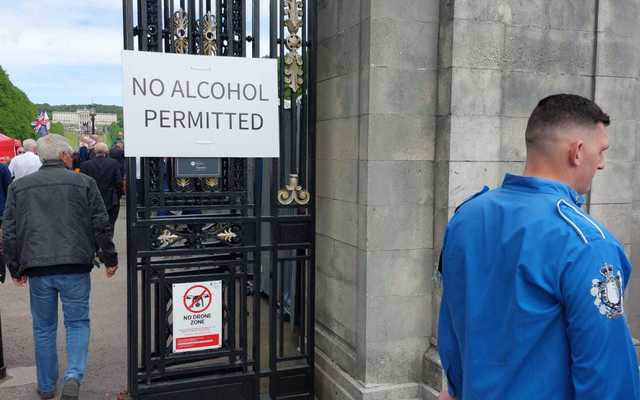