Stickin’ out – or was it wee buns? 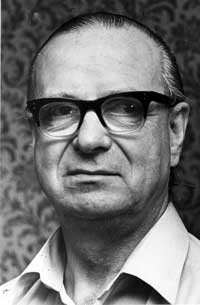 BACK in the house, on the sofa, under a blanket and with a hot water bottle on his frozen feet, Squinter sat in the midst of a TV, a radio, a laptop and a palmtop surveying the debris of the loyalist protest.

Many and perplexing were the reactions of loyalists and unionists to the night’s events. Don’t tell anybody, but Squinter’s favourite was the loyalist on Twitter who responded to an earlier Squinter tweet saying he was at the demo in disguise, in beard and cap. The Ulsterman replied: ‘And unwashed. Shouldn’t be hard to spot.’ How on earth did he know Squinter still keeps coal in the bath?

Squinter’s second favourite reaction was from UUP Councillor Davy Browne. “I hate coming to this place now,” was his plaintive message to full Council. Squinter dug his feet deeper into the hot water bottle as the blood started to return to his toes and wondered where he had heard that before. And then it came to him. Squinter said exactly the same thing to his mother after his third day in Primary One. It didn’t do Squinter much good then, and it’s doubtful whether doleful Davy will get any joy from it either.

Meanwhile, PUP leader Billy Hutchinson was at pains the day after the night before to point out to the unionist family that “the real enemy is Sinn Féin.” Hearing that coming from Colonel Blink-type DUP swivel-chair heroes is one thing; hearing it come from a man like Billy is another thing entirely.

Anyway, Billy is so angry that he has gone into hyper-Belfast mode. He told BBC Radio Northern Ireland on Tuesday evening: “I am an angry maun in my own laund.”

It’s a proven fact that the accent of loyalist hardmen gets more Belfast by approximately 10 per cent for every six months a united Ireland gets closer. Thus when Billy and his ilk are on discussing how well this parade or that parade went, they sound like city centre cigarette lighter salesmen. When things go awry, however, they invariably start sounding like Gerry Fitt doing an impression of Uncle Andy.

Whatever way you cut it up, it’s clear that the loyal loyalist loyalists of This Here Pravince are not happy – they’re not happy at all. People were crying on the radio. The B-Specials were even invoked. In fact, as Squinter digested a day’s worth of passionate reaction on the day after the Battle of City Hall, it occurred to him that Kate Middleton wasn’t the only one suffering from severe morning sickness.