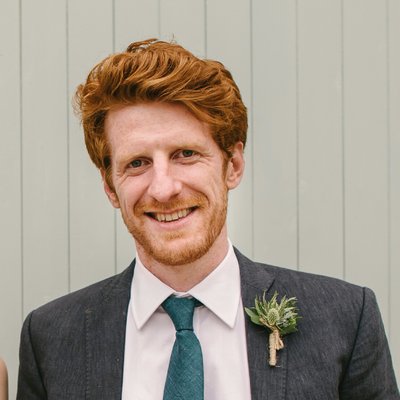 WITH Brexit looming and the world in the grips of a deadly pandemic it would be fair to say that South Belfast MLA Matthew O’Toole hasn’t taken up his latest role in the most auspicious of circumstances. That said it would be difficult for even the most critical of commentators to argue that he has failed to hit the ground running in his five-or-so months in office.

Our early-morning phone call with the SDLP man came just two days after a somewhat unexpected victory in the Assembly, which passed his motion to request an extension to the Brexit transition period. While our conversation would later turn to the implications of the vote, the South Belfast News was keen to discuss Mr O’Toole’s comprehensive plans to bolster the hard-hit local media during the Covid-19 crisis.

As a former journalist and civil service press officer, Mr O’Toole has a working insight of the media that most politicians don’t. In April, he put forward to five-point plan, including a business rates holiday and more media advertising by public bodies, not only to help local media outlets weather the current crisis, but to sustain them into well into the future.

At the heart of these plans, he says, is a desire to ensure the proper scrutiny of public servants, which is vital to a functioning democracy.

“If you don’t have that (scrutiny), it’s a worry, and I come at it from that broad principle,” he reveals.

“What particularly concerns me around Covid-19 is that it was clear from the very beginning that local newspapers were starting to shut down, put themselves in deep freeze, and furlough staff. They weren’t even continuing to operate. You had The County Down Spectator, The Mourne Observer, The Newry Reporter – these papers were putting themselves in a deep freeze in the hope of restarting at some point soon.

“I think that local and regional newspapers perform such an important role because they’re really about keeping communities coherent, actually. The local media performs a role and if they weren’t there doing that, I think it would be a tragic loss to communities because I’m not sure anyone else would do it.”

Many local and regional media outlets had, of course, already been in decline before the pandemic. Newspapers have found themselves squeezed by falling ad revenue and the proliferation of social media. However, Mr O’Toole insists social media is no substitute for journalists who hold to account decision-makers whose actions “affect other people’s lives”

In Stormont, it has virtually been all-hands-to-the-pump in dealing with the pressing health implications of the Covid-19 pandemic. However, the Executive has made some “positive noises” about Mr O’Toole’s media plans.

Although Tuesday’s Assembly motion to extend the Brexit transition period is by no means binding, it may just act as a bulwark during the difficult period to come.

“I would’ve been saying Brexit is a bad thing no matter what,” Mr O’Toole states. "I’ve never been a fan of it. I don’t think it’s good for the whole island of Ireland or Britain either. But, specifically, the reason we put forward the motion calling for an extension is that is just seems impossible to get done what you need to get done in the next six months in the middle of this public health crisis.

“The Tories in London feel they have the chance to negotiate this trade deal with Europe, but there is still the possibility of leaving without a trade deal. That would mean real difficulties here. I think it’s bad news for everyone across the UK and Ireland."

The South Belfast MLA says there's no better opportunity for the British Government to show it's serious when it says it values the views of the devolved Assembly at Stormont. "They insisted that the Northern Ireland Assembly be written into the withdrawal treaty, which was signed last year," he said. "The Northern Ireland Assembly is the only named devolved legislature, the Scottish parliament, Welsh Assembly, Dáil Éireann, none of them are mentioned in the treaty – we are, so our consent matters.”

Goodbye from Stormont for the evening.

PS its official. We used our voice. Our @SDLPlive motion passed.

We don't want a Brexit crash out later this year. pic.twitter.com/5wJukBXjNs

Asked about priorities during his term, Mr O’Toole outlines his determination to make sure the North is a better place coming out of the pandemic than it was going in. He says this will mean working to support small local businesses and workers to ensure they get through the crisis. It will also involve working to “make improvements in the way we live” be it through better public transport, improving our natural environment, improved public planning, and better connectivity (both economic and logistical) with other cities in Britain and Ireland.

“The pandemic makes you focus on what’s really valuable for local communities,” he adds.

“In terms of Belfast, I want to be part of thinking what the city could look like in the immediate to long terms, and how it’s connected. It’s got so much potential – it really does. It would be a shame if it lost some of its progress due to Covid-19.”

You can see the Stormont debate on the extension to the Brexit Withdrawal Agreement period below.