Stormont on brink of collapse 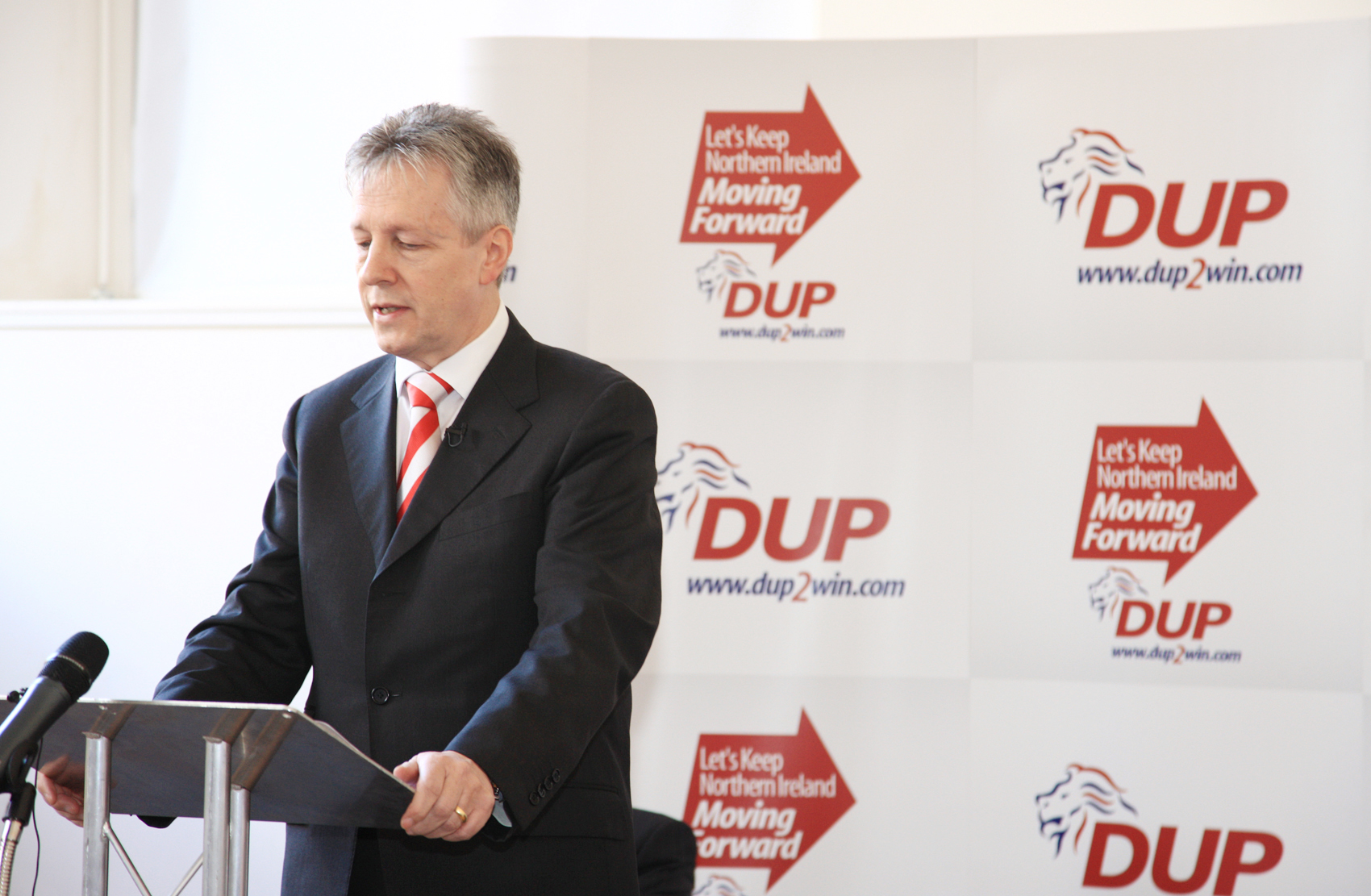 Peter Robinson recovers in hospital from a suspected heart attack

As First Minister Peter Robinson recovers in the Royal Victoria Hospital in West Belfast from a suspected heart attack, his party colleagues will today bring forward a Welfare Bill which could trigger the collapse of the Stormont Executive.

Having abandoned talks with Sinn Féin to close the gap between the two big parties on protections for those worst affected by welfare cutbacks, the DUP will later place in front of MLAs a 'like-it-or-lump-it' version of the Welfare Reform Bill.

It's expected this will fall far short of the pledge in the Stormont House Agreement — endorsed by all five Stormont parties in the mouth of Christmas — that no claimant in receipt of payments under the control of the local Executive would be worse off under the new welfare legislation. At the time, parties estimated protections for the most vulnerable — including children with disabilities, adults with severe disabilities, the long-term ill and large families — would set the Executive back almost £600m over the next six years. In March, Sinn Féin withdrew from talks with the DUP over the new legislation when they said it became clear not all claimants were to be protected.

Sinn Féin and the SDLP have already signed 'a petition of concern' which means today's motion will fall due to lack of cross-community support. DUP Finance Minister Arlene Foster told the BBC this morning that if the Welfare Bill fell it would lead to a financial crisis and mammoth cutbacks.

One alternative being suggested by the DUP is inviting Westminster to take back welfare powers — thus giving London ministers carte blanche to impose the scale of cuts on welfare recipients which are already the order of the day in Britain.

But any tinkering with the devolution of powers by London would put a question mark over the entire Good Friday Agreement structures and could lead to the collapse of the Executive.

And last night Martin McGuinness warned the political structures were not sustainable under the weight of cutbacks planned by the newly-elected Tory Government.

"We made it very clear in our election manifesto that the Executive needs a viable budget for frontline public services and welfare protections for the most vulnerable," he said. "Sinn Féin will not support a Welfare Bill which does not contain those protections and we will not be part of any agenda, which punishes the poor and dismantles public services. In my view the measure of any society is how it treats those most in need and those most vulnerable. In the face of such devastating Tory cuts our public services, our welfare system, our departments and the Executive itself is not sustainable."

Stormont has teetered on the edge before only to be saved from collapse by the eleventh-hour intervention of the Irish and British governments and the US administration. But on this occasion, without Peter Robinson at the helm, it's anybody's guess whether the DUP, emboldened by the support of the UUP and Alliance on this issue, will re-enter talks with their nationalist counterparts or allow the situation at Stormont to move from crisis to collapse.