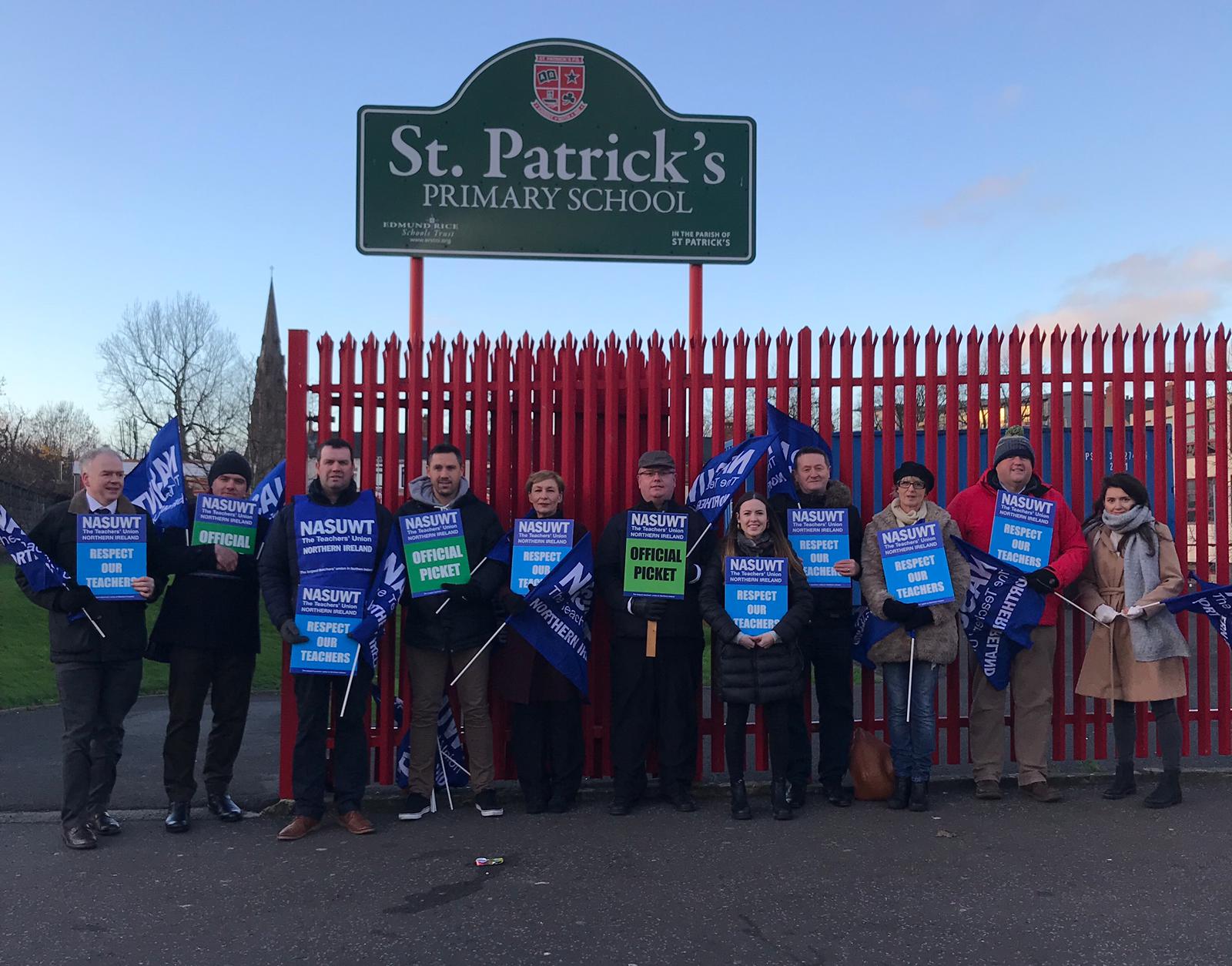 TEACHERS at St Patrick’s Primary School held a second day of strike action on Tuesday in a protest at “the culture” in which they are expected to work.
Members of the NASUWT union at the school began the first of six planned days of strike action last Tuesday.
The union said that the work environment at the school is having an “adverse impact on their (teachers’) working conditions, their health and wellbeing.”
Further strike action is planned for tomorrow (Thursday), Tuesday 27, Wednesday 28 and Thursday 29 of November.
The Council for Catholic Maintained Schools (CCMS) and Board of Governors at St Patrick’s had previously called for dialogue, appealing to the NASUWT to call off the strike.
While strike action has gone ahead as planned thus far, NASUWT said it was willing to engage in negotiations.
Justin McCamphill, NASUWT National Official, said: “While many issues of workplace stress are generated by wider pressures around budgets, many of the issues in St Patrick’s arise from how situations are dealt with at a local level. These pressures have left many of our members on the verge of quitting their jobs. This is an intolerable situation for the NASUWT, we are committed to defending the rights of our members in this school and hope that a constructive engagement can begin soon with the employers to fully address the situation.”
A spokesperson for the CCMS, which oversees St Patrick's said: “CCMS fully appreciates the right of teachers to take industrial action. However, we do not believe that in this instance such action is either proportionate or warranted. It is our firm belief that the issues at the heart of this dispute can best be dealt with through an open and honest dialogue which seeks to provide balance to the concerns of both sides.
“CCMS echoes the Board of Governors in its call for a suspension to the proposed industrial action in order to create the time and space for meaningful and respectful dialogue aimed at resolving the issues of concern and dispute.”