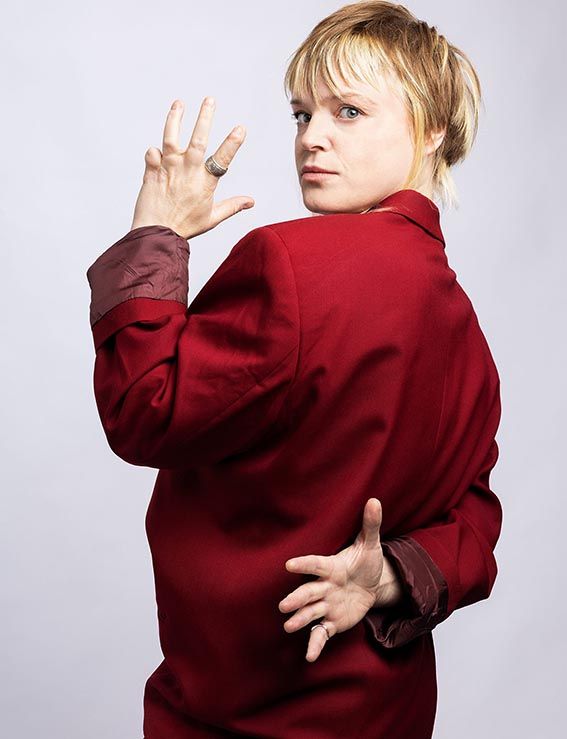 STREAK OF UNPREDICTABILITY: Wallis Bird is to release her seventh studio album and her latest single in May

WITH news that restrictions are to once again be lifted from the nightlife of the country, Irish artists have responded accordingly – and broadcasting authorities have continued to make boneheaded decisions during an already difficult period for independents.

Two Northern institutions broke back into the collective consciousness last week with surprise announcements that are welcomed by anyone with good taste. First off, we have the first line-up drop for the AVA festival, which will return to the Titanic Slipway this June. With their headline slots usually filled with a medley of international talent, AVA has secured a coup in investing native talent into their lineup.

With top billing going to local heroes Bicep, there's no shortage of Belfast talent the whole way down the bill. With sets from the likes of Carlton Doom, Holly Lester and Jordan Nocturne and support from rising artists like HY:LY, Brién and Plain Sailing, the festival have clearly stated their belief in grassroots electronica.

We also received word from SOAK’s camp this week that the Derry songwriter would be returning with her third album this year. ‘If I Never Know You Like This Again’ will hit the world on May 20 and we got a glimpse of what to expect with the release of the first single from the LP, ‘last july’. Clearly, the time on tour with Pillow Queens has inspired the band, with the tectonic guitar tone and volume hitting you within the first few milliseconds of the track. More on the album as information comes out, so stay tuned.

Also set for a May release is the latest from Wallis Bird, who will grace us with a seventh studio album. ‘Hands’ will be released on May 27, with the new single ‘What's Wrong With Changing’ leading the charge. A confrontational blend of spoken word, alternative electronic, soul vocals and protest music, Bird continues her streak of unpredictability and high-quality music.

In the South, radio broadcasters 98FM are doing their best Today FM/RTÉ impersonation by axing one of the longest-running and best supporters of Irish talent. Why support local when you can playlist eight Ed Sheehan songs, amirite? News emerged this week that John Barker, the host of Totally Irish, will be broadcasting for the last time this week. The show has been running from 1989 and Barker assumed hosting duties over the last decade. An early champion of the likes of Pillow Queens, David Keenan, Bicep, Biig Piig and just about every other Irish act to break internationally since 2010, Barker joins the ranks of Paul McLoone and Fergal D’Arcy as the latest in a puzzling set of cuts made by Bauer Media and other similar overlords. We can only wish him all the best going forward.

In live news, with the doors to venues tentatively opening up once again, news arrived of the line-up for The Road to the Great Escape. With its parent showcasing festival held every year in Brighton, the Dublin-based leg of this year’s festival is chock-full with soon-to-be household names across the country. Rapper Malakai, singer Aby Coulibaly, rock bands The Clockworks and Sprints and indie songwriter Kynsy will all be in attendance this May, in one of the most exciting line-ups of the year.

And the spotlight shines on some of the best releases from independent artists this week. First off we have a new arrival to my playlist, Ellen Arthur Blyth. A throwback songwriter with a jazzy twirl and nuanced 60s-style pop arrangements, Blyth came on to the scene with the cinematic track, ‘Young Ones’, which sways gracefully between dreamy pop and full-bodied jazz. And in slightly noisier fashion, Naked Lungs announced themselves with the track ‘Database’. It’s everything you want out of a rock song – chippy guitars, bellicose vocals and fuzzy writing distortion that almost masks everything else in the track. Pure, unfiltered energy – that's what I’m getting from it.