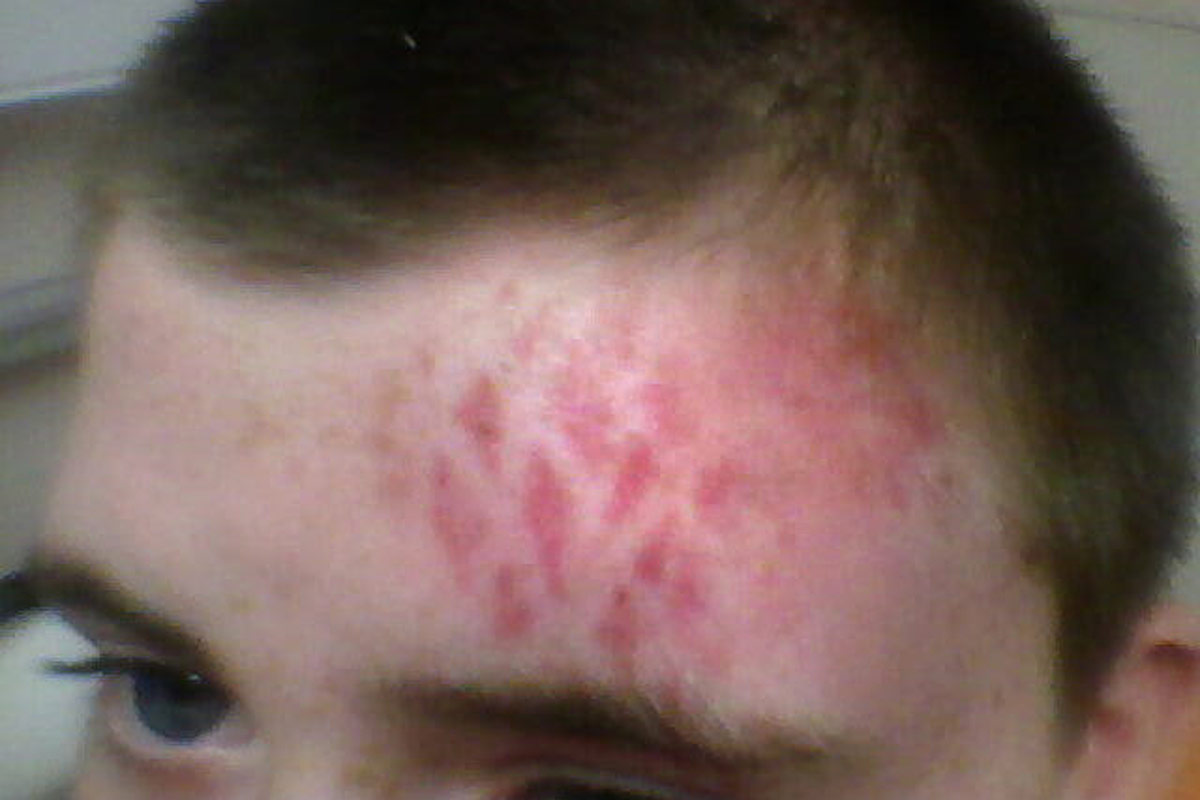 The mother of a North Belfast child has been describing how a gang ‘danced on her son’s head’ during a sectarian attack that left him with footprints embedded in his forehead.

Torrens youngster Patrick Friel was walking to his aunt’s house close to Carlisle Circus at around 6pm on Friday evening when the attack happened. The 11 year old had just bought sweets in a shop on the Antrim Road and was walking along the road with his friend when a gang of four boys stopped them close to the Old Bank.

After asking the first year St Patrick’s College pupil if he was a ‘taig’ they then attacked him, kicking him and stamped on his head as he lay on the ground.

The terrified youngster’s mum Karen said her young son had a frightening ordeal.

“He was walking towards Carlisle Circus and he saw this group at the bank machine but he just kept walking on,” she said.

“They said to him was he a taig, but he didn’t even know what it meant and they kept asking him. Then they pulled him off the main road and down a street and started attacking him, they were dancing on his head.

“He has a print of one of their trainers on his forehead, he could have been killed.”

Patrick was taken to hospital for treatment and is now back with his family in Torrens Link. Karen Friel said her son had a very lucky escape.

“He could have been killed, you should have seen his head at the weekend, even under his hair was covered in bruises.

“I keep thinking that he was lucky because they could have had knives or bottles or anything. He could have been killed. There is no way we will be letting him out on that part of the road again, the poor child was terrified.”

Karen said she is speaking out about the vicious attack on her son to warn other parents.

“This was a sectarian attack and I want other parents to know that it happened and make them aware so it doesn’t happen to any other child. Someone could be killed.”

A PSNI spokesman appealed for information on the assault. He said the attackers are believed to be between 13 and 14 years old and a sectarian motive is one line of enquiry.

Anyone with information about this incident is asked to contact Tennent Street Police Station on 0845 600 8000 or provide information without giving  details on 0800 555 111,” he added.