Tennyson gears up for British title shot with routine victory 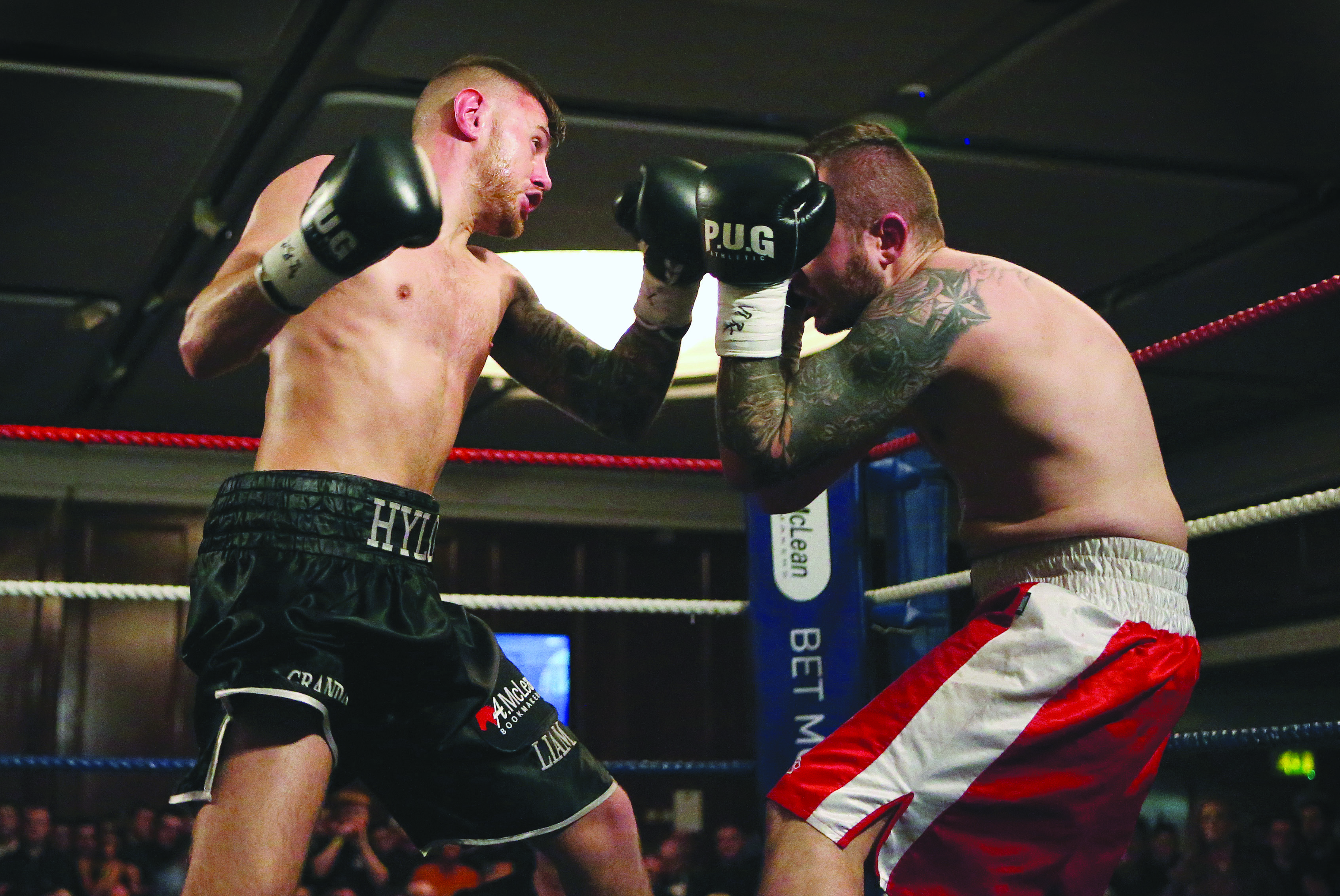 THE countdown to a British featherweight title challenge can now begin fully for James Tennyson who scored a routine win over Antonio Horvatic in the chief support bout at the Europa Hotel on Saturday.

With Tennyson's meeting against Ryan Walsh already scheduled to take place by the end of April, Saturday was about getting a win with minimum fuss and ensuring no injuries were picked up and it was mission accomplished for the 22 year-old whose record now stands at 16-1.

Tennyson came out with a patient approach, but soon spotted his opportunity to go on the attack and pinned his Croatian opponent on the ropes, unleashing a heavy barrage of shots with a short uppercut forcing Horvatic to slump onto the ropes and take a count.

The visitor did rise, but it was clear he did not want to continue and referee, John Lowey waved off the bout after 2:07.

“I don't know what to say it ended that quickly, but the referee said I broke his nose,” said Tennyson after.

“I thought he would get up, but obviously he was hurt and couldn't go on. “I did what I had to. The British title is next, so I will move on to that.

“It was activity anyway and got me out there, so I'm buzzing now (for the British title fight) and can't wait for it.

“I took this fight like any other. If I didn't, I could have looked bad or something stupid could have happened, so I just treated this as a normal fight.”

Tennyson was an interested observer as future opponent, Walsh stopped Darren Traynor - who the Belfast man was originally due to face on Saturday - in five rounds last month and says he believes he has the strategy to overcome the Englishman in their title showdown that comes next.

“We have been watching him a lot so we think we have a good game plan for him,” said 'The Assassin'.

“I will have a few days off now and then get back in training. The 90 day limit means it has to happen by the end of April and I'm fully confident Belfast will have a new champion.”

Another man who had a short night on Saturday was Joe Fitzpatrick who took just 47 seconds to dispose of Ruslans Berdimuradovs to make it four stoppage wins in as many professional contests.

The first punch Fitzpatrick fully landed knocked the Latvian over and the visitor seemed unwilling rather than unable to beat the count.

“I'm embarrassed it ended so quick. I caught him, but he went down too easy, it's embarrassing,” said the Divis man after.

“I don't want to be fighting people like that. I want people who will give me a fight. I hit him a body shot and then to the head and he went down. It gets me another win anyway, but I will be looking to get a Box Nation show and move on.

“The next fight will be a six-rounder in March maybe, so I will be back in the gym on Monday and be looking to move on.”

Tyrone McCullagh was another who maintained his perfect win and stoppage record with a victory in 1:43 against Antons Zacests at super-bantamweight, while there was also a points win for Fergal McCrory who bossed Peter Mellar for four rounds of their lightweight clash.

Paul Hyland was another who was a points winner as he toughed it out once again to score a 59-55 win over Jacek Wylezol in their lightweight bout.

This was yet another entertaining brawl involving Hyland who looked to wobble in the first after taking a couple of rights from the Pole, but Hyland recovered to fight fire with fire.

For six rounds, Hyland tried to slow his opponent down by targeting the body, digging in big shots and by the third, he was fully in control.

Both traded big shots throughout, but Hyland's were much better as he was mixing his attack from body to head and took a deserved win to move to 10-0.

“It wasn't as mad as the last fight, but I fell into his gameplan a bit. I boxed for the first 30 seconds then got drawn in as usual,” said 'Hylo' after.

“That's me into double figures now and I got the win, so that's the main thing. He was never hurting me really, so I'm happy enough.

“It was a change of opponent, but the previous guy was a southpaw and we had been working a lot on fighting him.

“We had to change our gameplan, but I still go the win. He was very awkward and it was hard to get the shots off. I was hurting him to the body, but he was blocking them well.”

Hyland is hoping to now manoeuvre into British title contention and is planning on a big 2016.

“It's another six rounds under my belt, so I will take them and move on,” he added.

“I want to start pressing for that British title now because the Lonsdale Belt is the one I want.”