‘The Jackal’ giving back to the community during lockdown 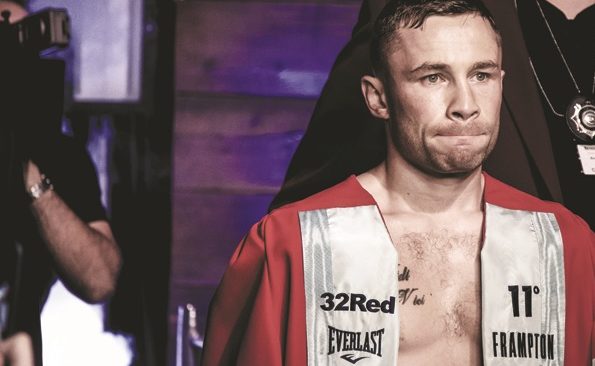 ‘The Jackal’ has gone back to his roots, helping deliver hot meals to the vulnerable along with his old amateur club Midland who are running the scheme in conjunction with Crusaders FC.

Frampton has also lent a hand to Monkstown ABC coach Paul Johnson who has been delivering care packages in the area and has been only too happy to do so.

The Tigers Bay man says he is glad to see a return to the community spirit of old during this lockdown and hopes it is a facet of life that will last.

“There has been a great community spirit all over the world,” he agrees.

“You look at all the local community groups and what they’re doing in looking after the elderly and vulnerable, which is great to see.

“I think this generation maybe lost a bit of that community spirit. Even from when I was growing up, it’s disappeared a bit so this has made people reevaluate what is really important in life.”


While Frampton has been training from home since restrictions were put in place in mid-March, he says it has been nice to spend an extended time with his family - a situation that hasn’t been possible over the years given his training base is away from home.

Despite the circumstances, having this time together has been enjoyable although he joked that his wife, Christine, may be happier to see him return to Manchester than he will be.

“I’ve enjoyed spending this time with Christine and the kids,” he confirmed.

“I don’t often get to spend so much time at home because I’m away training. I think this is the longest I’ve spent at home in my whole career or had this long of a break.

“It’s great spending time with them, but I’m pretty sure Christine wants me to piss-off back into camp soon. She’s been doing the teaching and I’ve tried to chip in a bit with Rossa, but Christine has all that under control - I’m more than a hindrance!

“I have to credit her because she’s had everything running like clockwork whereas I wouldn’t know where to start with two kids at different stages of learning.”