The key to the mystery 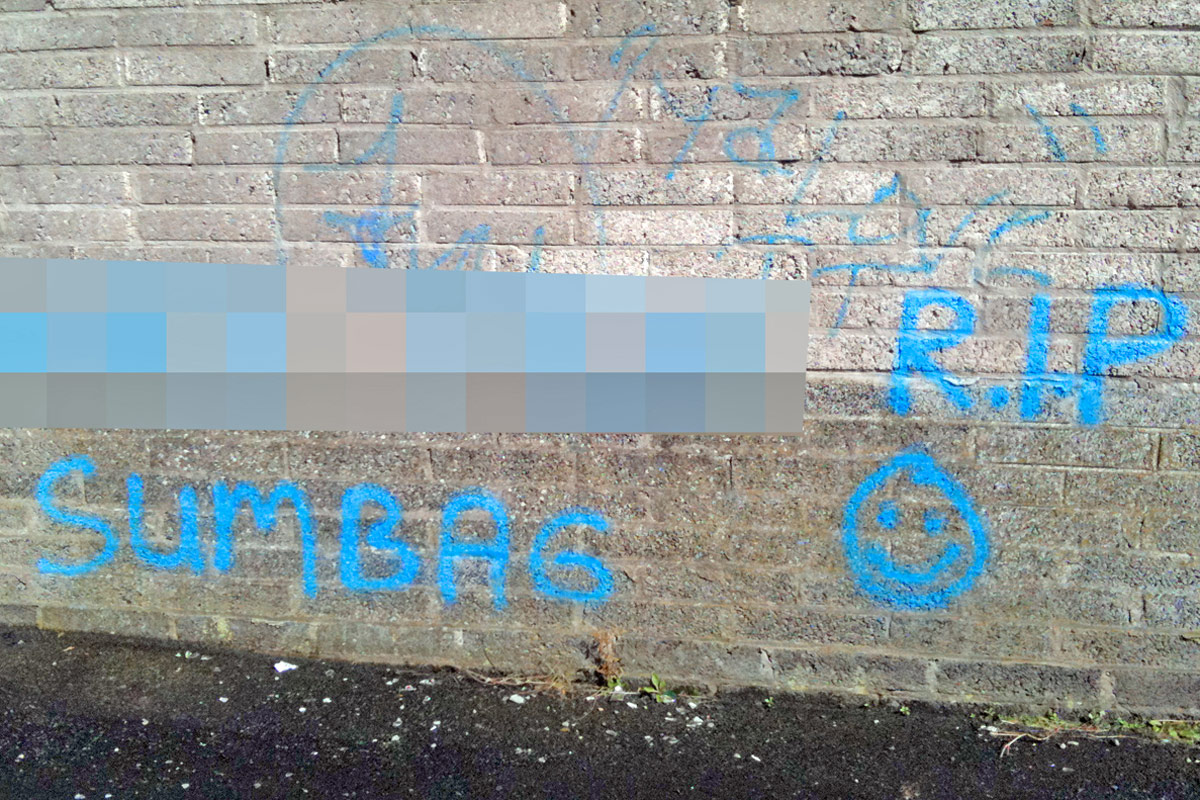 THEY’RE falling out with each other in Lisburn for some strange reason – and graffiti insults and death threats are flying.

Squinter and the Big Guy are making their way to Lisburn city centre at Saturday lunchtime to see a bit of street theatre (very pleasant, as it turned out) when he comes across this message (above) on a gable wall near the big Tesco store at Bentrim Road. Squinter has decided to cast a kindly cloak of anonymity over the seemingly doomed target of the artist’s ire, leaving you instead to read only the rather strange and troubling insult at the end – apparently the bloke is not only going down the bury-hole, but he’s a ‘sumbag’ as well. Which is worse than a scumbag.

It isn’t to be the only or even the worst unpleasant experience of the day. Later on father and son park up in Sprucefield for an ultimately fruitless wander around the shops. Returning after a half an hour or so, the Big Guy points out that the passenger door is scraped. If only.

In fact, someone has keyed the passenger door, the rear passenger door and the rear panel right back to the indicator cluster. Strange that. Living in a large city, you kind of expect to get your car scraped from time to time, whether accidentally or otherwise – it’s part of the modern urban experience. Indeed, colleagues sympathise with Squinter and share similar experiences at the hands of the Phantom Key; indeed, a friend in London says his car has been deliberately damaged seven times in recent months outside his front door. But who goes to an out-of-town shopping centre to key a car? Most people go there to pick up clothes or furniture, or even, like Squinter et fils, just to walk about like eejits for a while without buying anything.

As is so often the case with CCTV – surely the most overrated piece of crimefighting kit in the history of skullduggery – the offence was not caught on camera and the car park security bloke in the high-vis jacket, while perfectly polite and sympathetic, was able only to take Squinter’s name and phone number; and Squinter’s not holding his breath waiting on the car park company to pick up the tab.