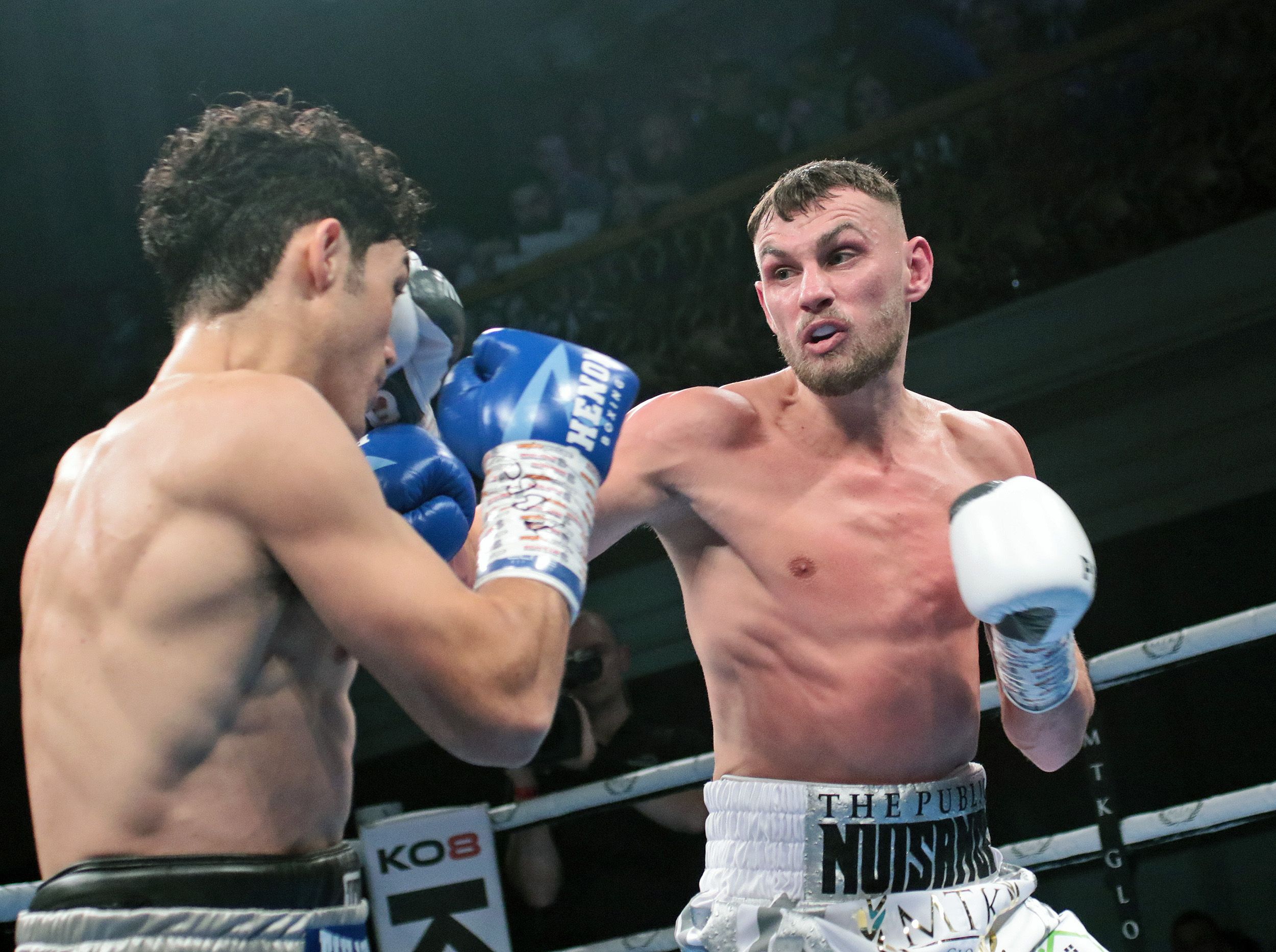 AFTER two false starts, Sean McComb will finally get the opportunity to face Gavin Gwynne for the Commonwealth lightweight title on Friday night in Bolton (live on YouTube here).

The 28-year-old ‘Public Nuisance’ was due to face his Welsh opponent in England on January 22 and then in Dubai a fortnight back, but the British Boxing Board of Control’s (BBBoC) decision to halt boxing until the middle of February forced the initial postponement before travel restrictions to the UAE city put the kibosh on the first reschedule.

With boxing again permitted by the BBBoC, it’s back to England for the fighters as they get set to battle it out for the title.

This will take place in the now familiar surroundings of behind closed doors but the lack of support to roar him to a first title success is not an issue for the Belfast man.

“It was a bit strange fighting with no fans in August (against Siar Ozgul), but I’ll be more familiar with it this time. To be honest I sort of enjoyed it, as there were no added distractions.

“Going into the fight the only thing you then need to worry about is your performance, not entertaining crowds or entertaining anybody else, just staying fully switched on.”

It has already been a great start to the year for the Turf Lodge man as he became a father for the first time.

While motivation has never been in short supply, such life events can focus the mind and McComb says he wants to become a role model for his son Cairbre and there would be no better start than by claiming his first professional title on Friday.

“I’m a dad now so I have a young family to provide for,” he continued.

“That has given me a different type of hunger that I need to go on and fulfil my potential, not just now, but throughout my career until I achieve that world title.

“Just knowing there’s someone there now who I want to look up to me, who can see all the sacrifices I’ve made are for him and the family, that gives you a bit more bite and hunger.”

That is bad news for Gwynne who has previous with talented Belfast lightweights having lost to James Tennyson for the British title in his last fight.

However, the 30-year-old from Merthyr Tydfil was in contention right up until the point Tennyson’s noted power took over in the sixth round to close the show.

McComb may not carry the same dynamite in his fists, but he hits more than hard enough to keep the Welshman honest. Allied with his super movement, slick skills and range, he could prove to be a nightmare for most at the weight and feels that Gwynne’s come-forward style will play right into his hands.

“He had a great fight against James Tennyson and showed he is a very durable opponent,” noted McComb, who has already built an impressive 11-0 record.

“Myself and James are two completely different styles so it will be a different fight. I’ve trained for a hard 12 rounds.

“I’m expecting Gavin Gwynne to come in on the front foot, but that suits me as he falls into my trap of moving and boxing. That’s what I’ve done my whole life, so it’s only a matter of putting on a display.”

Gwynne is not intending to make up the numbers and knows that another defeat - a third in four fights - could spell the end for his career.

Therefore, with his career on the line, Gwynne has insisted that he is ready to end another undefeated record.

“It’s all about business,” he stressed.

“The lightweight division is stacked all the way to world level, and I can’t wait to fight a big name again. I’ve beaten unbeaten fighters before and you will see it again.”

As he alludes to, the lightweight division is arguable the hottest in boxing right now.
With exciting young champions and contenders in Teofimo Lopez, Gervonta ‘Tank’ Davis, Devin Haney and Ryan Garcia, plus a certain Ukrainian veteran named Vasiliy Lomachenko still around, many commentators are excited but the prospect of a golden era.

The goal for those outside that quintet is to force their way into the conversation and McComb holds those ambitions.

A Commonwealth title win on Friday and the road may one up for what could be a huge year. He will start as favourite and rightly so as his skillset mixed with venom ought to see him victorious and take another huge step forward in what has been an impressive professional journey to date.

“Hopefully I put on a great show and blast my way into the lightweight picture. I’m hoping a title here will push me on and get me a decent ranking so I can look at bigger titles later on in the year.”