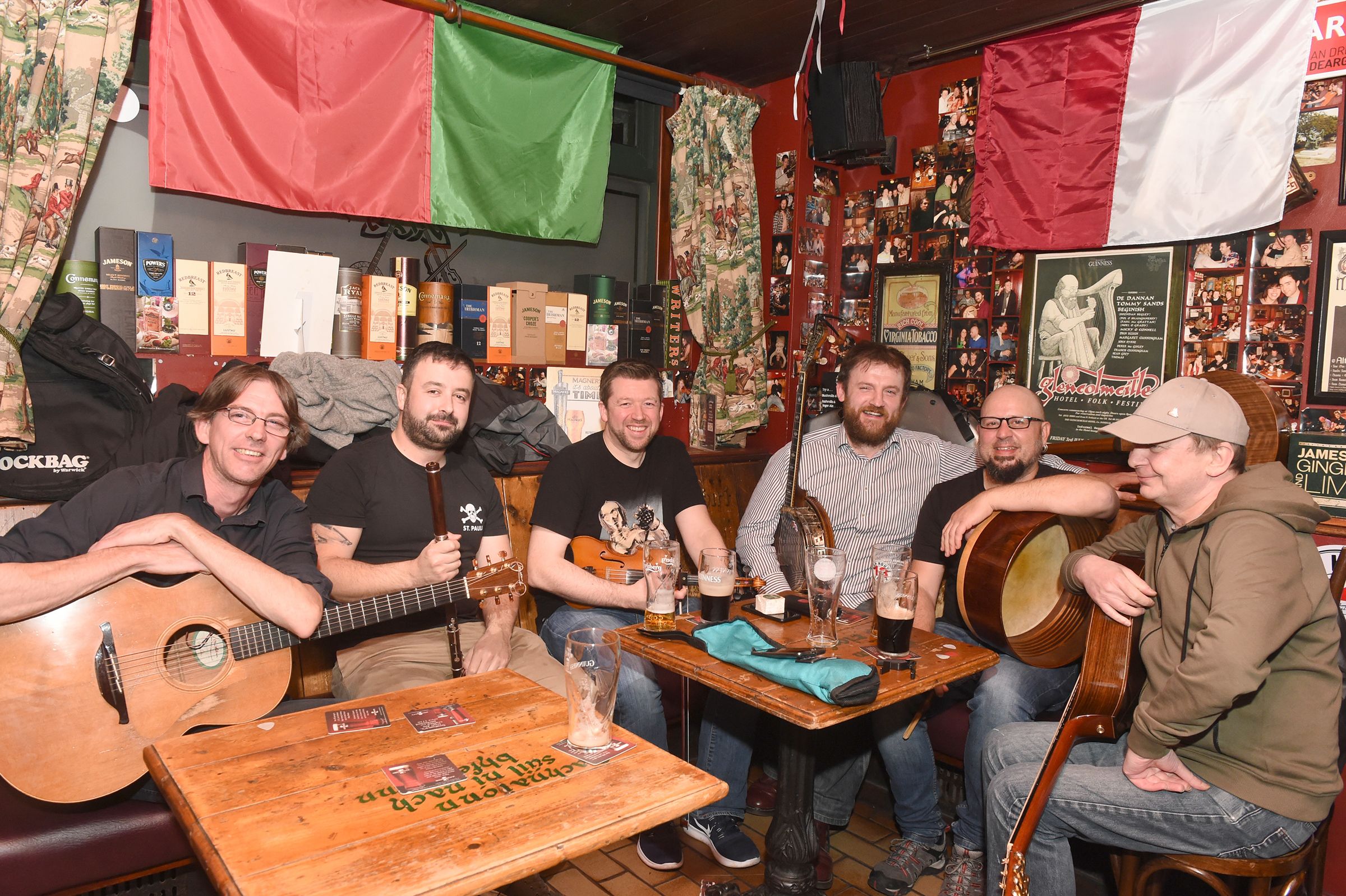 SEISIÚN: Tuning up in Madden’s bar

Being confined to the house has many drawbacks but it leads to many unforeseen moments too. Last week I was doing a ‘bit of redding up’ in the loft when I came across a box of tin whistles. The first one I pulled out was an old black Clarke’s.

I attempted a few toots on it and I was glad to find that I could still get a few notes.
However, I was aware that no-one could hear me (you have to be careful nowadays as being overheard  playing the scale of D might give grounds to an  unseen listener for a committal order). In no time at all I was halfway through my imaginary Armagh Pipers’ book and was quite pleased with my efforts on Roddy McCorley.

I managed a Kerry polka and a slip jig before I decided to place the box close to the loft door where I could reach in, pick up a whistle and play when I knew the coast was clear and I could be sure no-one would be listening.

I can remember my first attempt at blowing a tin whistle. Away back in 1961 on St Stephen’s Day my Uncle Paddy arrived at our house with two Basset hounds. He had been out hunting, had retired to the local pub and was now visiting his sister for “a bite to eat”.

My mother told him about me passing my driving test earlier that week and Paddy told her that he had heard that and the reason he had called was for me to give him a lift to Mary Ann’s where the huntsmen were gathering for a social evening. Having dropped the hounds in an outhouse we arrived in Mary Ann’s to find the place full and an evening of song and music in full flow.

This was the first time I saw and heard the uilleann pipes. Jack Makem was the star of the show that night and played a number of haunting slow airs. Whenever anyone was called for a song he accompanied them on a tin whistle. He would pull his jacket open and select one of seven or eight whistles. It was when I was talking to him at the end of the night he explained that each of the whistles was in a different key.

At that time it was a rarity to observe someone playing a tin whistle. Irish music was to be heard at ceilis played by ceili bands made up of excellent musicians. Accordions, flutes, fiddles, piano and drums dominated these performances with never a whistle in sight.

Music in pubs at that time  tended to be country and  western and as showbands became more and more popular modern dances were more lucrative than ceilis in the parochial halls. Irish traditional music was rarely heard.

When I went to the training college I had to take a basic music course.  Our lecturer held up a recorder and told us we would be required to learn to play it and in turn teach our pupils. One student remarked that it was the same as the tin whistle but was rebuked by the lecturer who informed us that the recorder was chromatic while the tin whistle was just diatonic. We kept silent as we scribbled in our notebooks to hide our ignorance.

Each of us had to purchase a recorder and we learned tunes like Three Blind Mice, Frere Jacques and Good King Wenceslas.

From the mid-1960s performers such as Tommy Makem, The Fureys and so on helped brought the tin whistle into the mainstream. As Comhaltas classes spread throughout every parish in Ireland, young people turned up in school with a whistle in the schoolbag. Informal seisiúns became commonplace as the  county fleadh cheoil became an annual event and the tin whistle has become more prominent and, dare I say it, has gained respectability.

The tin whistle has a great advantage over other instruments in that it is easily carried. A fella can have a look around and if he comes across a seisiún  he likes he can sit down and join in. If not he can move on. A pianist can't do that!

I mentioned above that Jack Makem carried his in the inside pocket of his coat. I've seen guys  carry their whistle in their sock! Many years after leaving the training college I met Seamus, who had likened the whistle to the lecturer's recorder.

He explained the difference between the two instruments. The recorder had twelve holes so that all notes of any scale including the sharps and flats could be played. The whistle  has just six holes and therefore is limited to just one scale.

He went on: “The reason he shut me up that day was twofold. One, he couldn't play the recorder himself, and, two, he knew I could show him that experienced whistle players can play any note by half covering holes and other techniques. He didn't want me to tell that.”

What’s my favourite tune? I never mastered many reels on the whistle so I took Eamonn Maguire’s advice and stuck to set dancing.  After a week at the Willie Clancy Summer School in Milltown Malbay, County Clare, I was driving northwards on my way home. One tune kept going through my head.

In Athlone I stopped for coffee and saw tin whistles for sale at a stall. I bought one and back in the car I surprised myself by playing the tune going through my head. I didn't know the name of it.

The following year I was back in Milltown Malbay. I listened at the door of a pub to a lively seisiún and heard ‘my reel’. Without thinking I was lilting it unconsciously.

“You like that one,” said the voice behind me. It was master box player John McGouran. “That's the St Ann’s Reel,” he told me. “It's one of the  best of all the dancing tunes.”

John,  who sadly passed away a few months ago, played at the set dancing lessons in Madden’s Bar for over twenty-five years. Every time he saw me he played The St  Ann’s Reel and winked at me.

Next time I’m in the loft I'll try to play it.