Traders losing out during sewage works 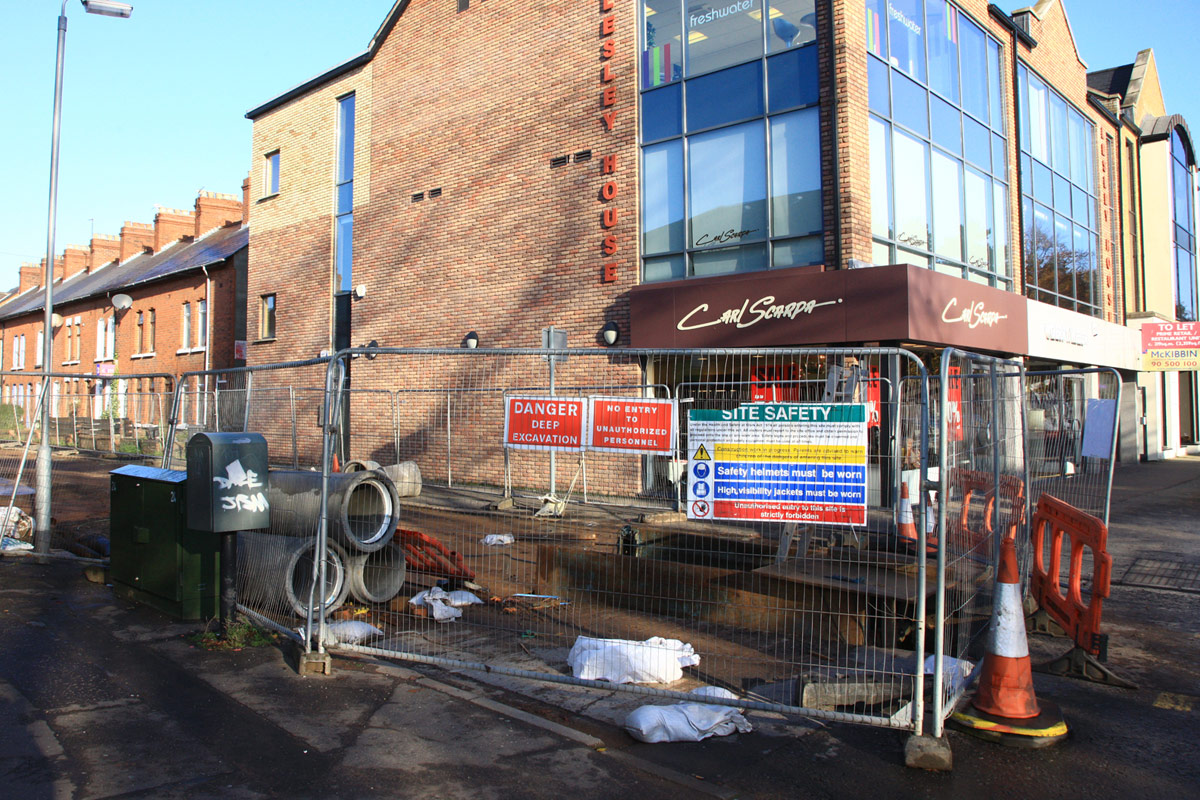 ONGOING sewage works are causing headaches for Lisburn Road traders, with one store reporting a significant loss of businesses as a result.

Northern Ireland Water is currently installing a storm sewer on the road, from Drumglass Park to Mowhan Street, causing city-bound lane closures. This work follows roadworks several weeks earlier in the same spot. Local trader Paul McConaghie, who runs Framar Health in the district, told the South Belfast News that customers were finding it difficult to shop along that part of the road.

“This has been going on all week and will continue into next week – it’s a real nightmare to be honest,” he said.

“It’s affecting our business, as people cannot get parked, and find it difficult to access us. We had calls from people saying they were going to come and shop, but drove on when they saw the digging outside.

“Obviously there’s never a perfect time to do this sort of work but we are in the middle of very tough times financially and no one on the road can afford any loss of trade.

“Usually, the half-term period at this time of year sees an increase in customers but not this time. I think they should have completed the work in one go instead of spreading it out like this. The last time our business was down about 20 per cent.”

A spokesperson for NI Water said the decision to carry out the work over the half-term break was to minimise traffic jams on the road as a whole.

“As with all work of this nature, there will be an element of traffic disruption, however, this work has also been planned to coincide with Halloween school closures, which will reduce the amount of road disruption. We will do everything we can to complete the work as quickly as possible.”