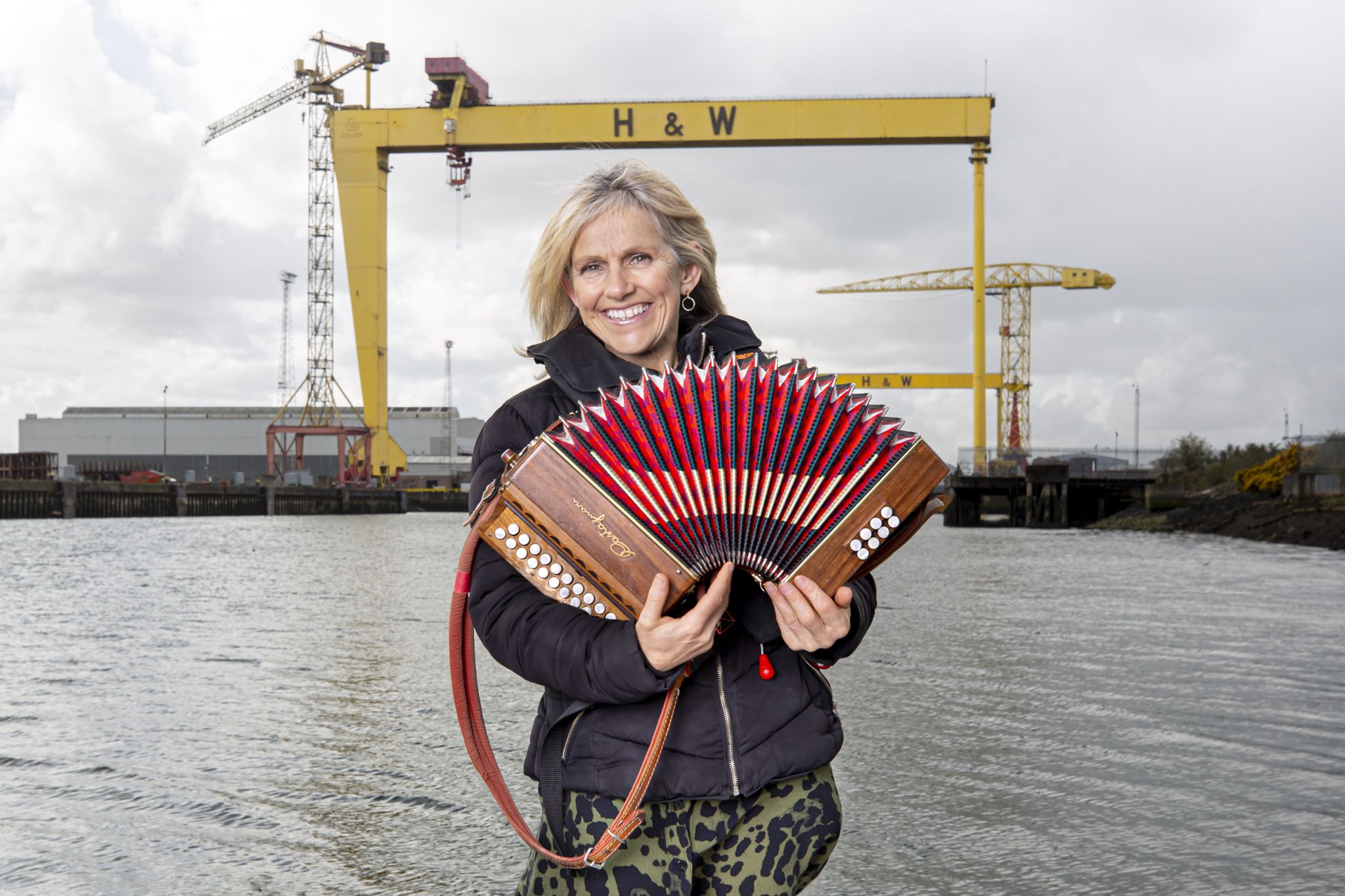 TRADFEST: Sharon Shannon is set to play the last night of the festival on 29 July

This week-long event, featuring  a summer school and a full programme of concerts, workshops, talks, lectures, sessions, céilís and festival club, is the only one of its kind in the North and brings together both the Irish and the Ulster-Scots musical traditions, in a shared celebration of culture and heritage.

Festival headliner and set to be an ‘I was there moment’ is Sharon Shannon Big Band and Liam Ó Maonlaí at the Ulster Hall on Friday 29 July. Opening the show will be Hothouse Flowers frontman Liam Ó Maonlaí, performing a rare solo set with grand piano, bodhrán and tin whistle followed by Sharon Shannon’s eclectic six piece band.

Lord Mayor of Belfast, Councillor Christina Black said that Belfast City Council is delighted to be supporting this year’s Belfast TradFest which she described as "a unique celebration of our Irish and Ulster-Scots musical traditions".

"As a UNESCO City of Music, Belfast is now recognised across the world for its unique and diverse music scene – and traditional music is a big part of that," she said.

"Good luck to all the musicians and performers taking part and congratulations to the organisers on what looks to be a fantastic and varied line-up featuring some of the best traditional musicians, singers and dancers from Belfast and beyond.”

The TradFest have also partnered with Belfast Pride to host the Pride Céilí with music by Ciarán Kelly and Friends and with dances called by Ronan Eastwood at Oh Yeah Music Centre Wednesday 27 July.

A cornerstone of Belfast TradFest is the summer school, which is five days of  masterclasses, Monday 25th – Friday 29th July 10am – 1pm, at Ulster University, York Street. The summer school’s team of tutors is made up of internationally renowned performers with proven track records as teachers and educationalists across music, song and dance.

There are a range of classes to suit all ages and abilities from beginners to advanced. Masterclass attendees can also avail of a fantastic accommodation offer from festival partner Liv, the new accommodation at the Ulster University, Belfast campus.

Launching the festival, Dónal O’Connor, Artistic Director of Belfast TradFest, said: "Belfast TradFest is a distinctive and progressive music festival which reflects and nourishes the traditional music of the whole community of the North, by representing both the Irish and Scots musical traditions.

"With the burgeoning number of traditional musicians and venues across the city, plus the incredible quality and creativity amongst young players of all instruments and ages, Belfast is fast becoming the traditional music capital of Ireland.

"Belfast TradFest invites locals and visitors to join us in celebrating our cultural richness while embracing the giant spirit that traditional music has to offer. On behalf of the festival I would like to thank our supporters Arts Council of Northern Ireland, Belfast City Council and Tourism NI, without whom this event wouldn’t be possible.”

Maria McAlister, Traditional Arts Officer, Arts Council of Northern Ireland added: “Thanks to the National Lottery, the Arts Council is delighted to support Belfast TradFest once again, as principal funder.

"There is much to look forward to in this year’s programme, with opportunities for children and young people to experience immersive learning of traditional arts with an inspiring roster of professional artists.

"The programme is a celebration of the city’s distinct and diverse traditional music heritage. The range of events this year will hold great appeal for both local and international audiences, further enhancing Belfast’s growing reputation as a vibrant cultural destination.”