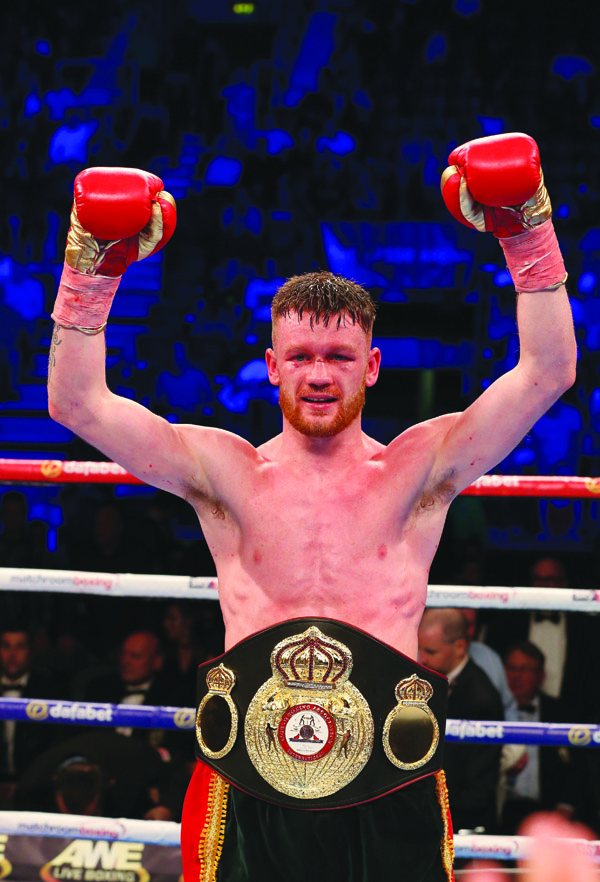 THE SSE Arena is where any local boxer wants to perform and James Tennyson is expecting to dazzle the crowd at the Waterfront venue against Darren Traynor on Saturday night.

‘The Assassin’ got a taste for the big stage last time out when he stopped Ryan Doyle in the sixth round of a thrilling contest to claim the WBA International super-featherweight title and he puts that belt on the line against Traynor, a man he was due to face in the more intimate surroundings of the Europa Hotel in February 2016.

That was due to be a final eliminator for Ryan Walsh’s British featherweight title, but Traynor got to skip the queue and face Walsh in a fight he ultimately lost before Tennyson suffered the same fight against the Englishman.

Therefore, there is an element of unfinished business to this fight and the 24 year-old West Belfast man admits a fight with the Scot was one he was anticipating to happen at some point.

“The first time it didn’t come off,” he recalls.

“I remember going over to Scotland and having a look at him, but the fight didn’t happen as he got the (British title) shot earlier.

“It was always a fight that was going to happen somewhere down the line.”

Both men are operating at super-featherweight now, four pounds heavier than their proposed meeting last year.

Tennyson put boiling down to 126lbs as a major factor for his stoppage loss to Walsh and feels much more comfortable at 130lbs.

“I’m feeling strong at the weight,” he confirmed.

Traynor’s only defeat in 15 fights came against Walsh. He has enjoyed three wins since and has a style that should gel well with Tennyson’s.

This contest is likely to be fought in the trenches and while the Poleglass man is happy to do so, he is also prepared to utilise his long reach to get the job done.

“That’s (up close) my playground. I’m always happy to have a fight, but I can box as well, so whatever needs to be done I can adjust on the night and keep the title at home,” he insists.

He’s sharp, he lets the shots go and he’s quick.

“He is going to be there for me and is going to let the shots go, but that’s what I like.”

Back at the scene of his last victory over Doyle is where Tennyson wants to be and he is delighted to get the Sky Sports treatment on the big stage once again.

Entertaining the fans is what Tennyson does best and he is confident he will do that again and enjoy another successful night at the office.

“It was great to get the call to be told I’m defending my title in the SSE Arena. It’s massive,” he added.

“This is sending my profile through the roof.

“Darren Traynor is a come-forward fighter. I won’t have to look for him. He’s going to come and meet me in the centre of the ring.

“That is going to suit me so it (fight) will be something similar to the last one I’d say.”