Tributes paid as Barney Devenny is laid to rest 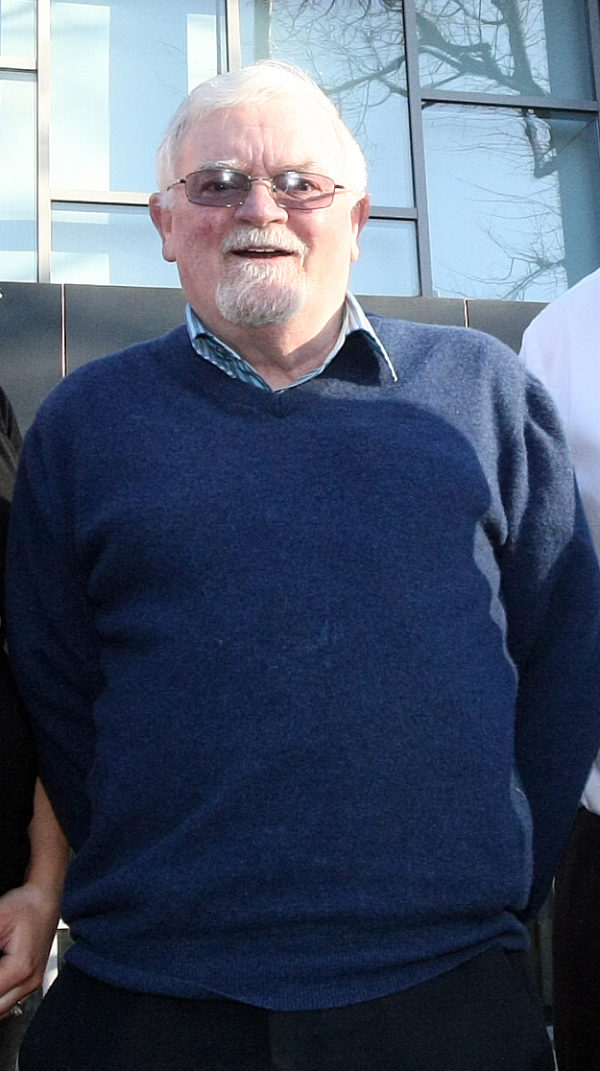 Hundreds of mourners turned out on Tuesday to pay their last respects to North Belfast community stalwart Barney Devenny who passed away after illness, aged 76.
Originally from the Short Strand, Barney moved to the Lansdowne area of North Belfast where he was to become well known for his work with Newington Credit Union and St Vincent de Paul.
Speaking to the North Belfast News Barney’s wife Deirdre said he was someone who packed two lives into one.
“Everything he did, whether it was with the credit union or St Vincent de Paul, was done without reward and without any expectation of reward.”
“Barney was straight as a die – a super honest person.”
The eldest of 16, Barney trained to be a teacher and was a senior staff member at St Patrick’s Secondary School in Lisburn for all of his career.
“He loved teaching,” said Deirdre. “He was a teacher but also took on doing out the timetables and every Saturday he would’ve been back in Lisburn with the lads taking them for football.”
Barney’s daughter Siobhan said she would remember her father’s work ethic.
“He spent his life fighting for those without a voice and that’s what got him involved in the credit union and St Vincent de Paul.
“He had a good heart and a great personality and in later years when he became ill he didn’t slow down a bit.
“He suffered from emphysema and needed an oxygen tank to help with his breathing and he would’ve contacted mum to bring down a new one if he was in meetings and the old one was about to run out. He never hid it which some people would. He kept on working.”
A love of the Irish language and reading was matched only by his baking prowess according to Deirdre.
“He was well known for his baking and loved to bake apple tarts. If anyone was sick they could have counted on him calling round with a home made apple tart and their name spelled out in the pastry.
“He was a people’s champion. He wasn’t materialistic and each Christmas said that no presents should be bought for him, instead the money should go to charity.”
Barney spent Christmas in the Royal Victoria Hospital and Deirdre praised the staff for the level of care he received.
“We want to thank the doctors and nurses and everyone involved in Barney’s care. They were amazing.”
Requiem Mass was said at St Therese of Lisieux with burial at Carnmoney Cemetery.
Barney is survived by his wife Deirdre, children Conal, Siobhan, Aisling and Eoin, grandchildren and brothers and sisters.
Everyone at the North Belfast News would like to pass on their condolences to Barney’s family. Ar dheis Dé go raibh a anam.