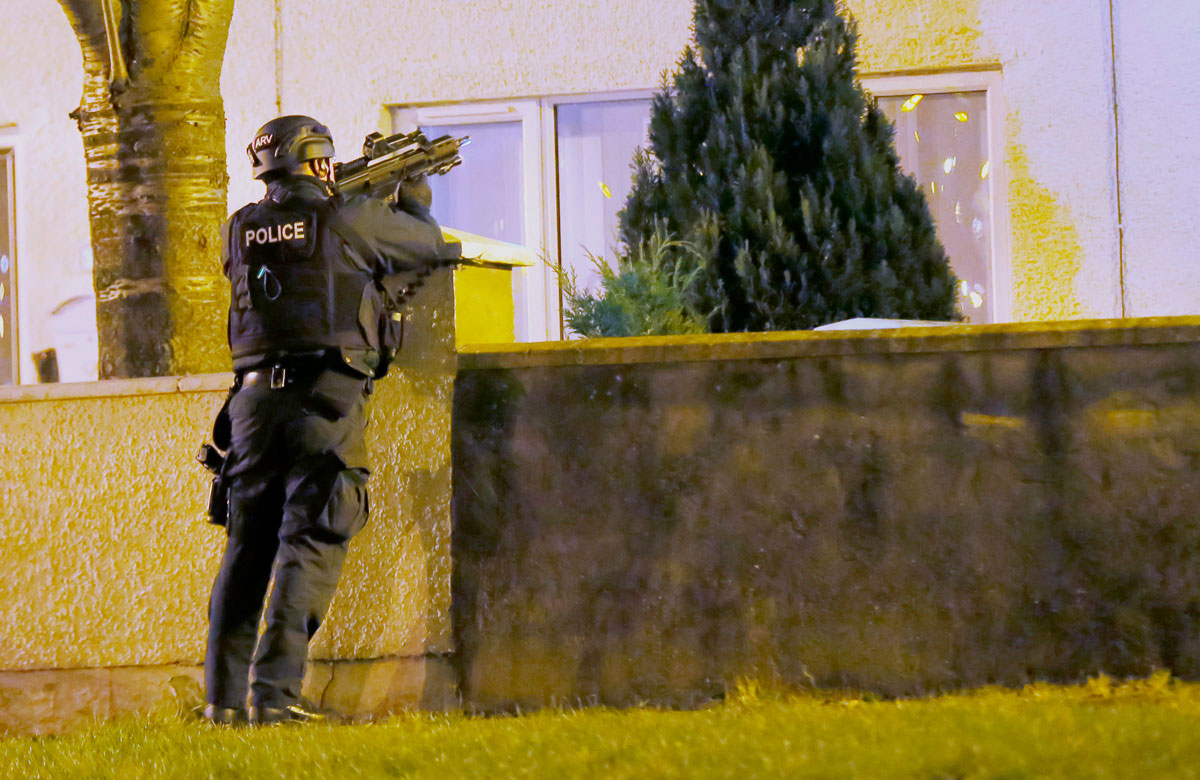 Police investigating a shotgun attack which has left a man in a serious condition in hospital last night arrested two men in Twinbrook.

A 41-year-old man is currently being treated for a gunshot wound to his leg after he was discovered in the Glasvey Drive area shortly before midnight.

A large-scale police pursuit including a helicopter and police dog identified two suspects at a house in Aspen Walk.

Following a short stand-off two men, aged 25 and 35, were arrested and are currently in custody assisting police with their enquiries.

Daily Belfast understands a shotgun was retrieved from the scene.

Police searched the house and the property was still sealed off this morning.

A neighbour described what she saw from her bedroom window.

“It was around 1am and I saw the police helicopter in the sky and some sort of stand-off happening outside the house,” she said.

“There were police everywhere and it was quite scary stuff.”

Another resident described how she closed her blinds and stayed inside her home.

“As soon as I saw the stand-off happening outside, I just closed my blinds,” she said. “I was quite frightened.”

Local Sinn Féin Councillor Stephen Magennis said: “Details of what happened last night are still emerging and we won’t know the full extent until a full police investigation can be carried out.

“What I will say is that the use of guns in a residential area for whatever reason is not welcome and incidents like this have no place here.”

Sinn Féin MLA Jennifer McCann, who was on the ground this morning, said that there was a sense of shock among the local community and called for anyone with any information to contact the PSNI.