Ulster hoping for a date with destiny 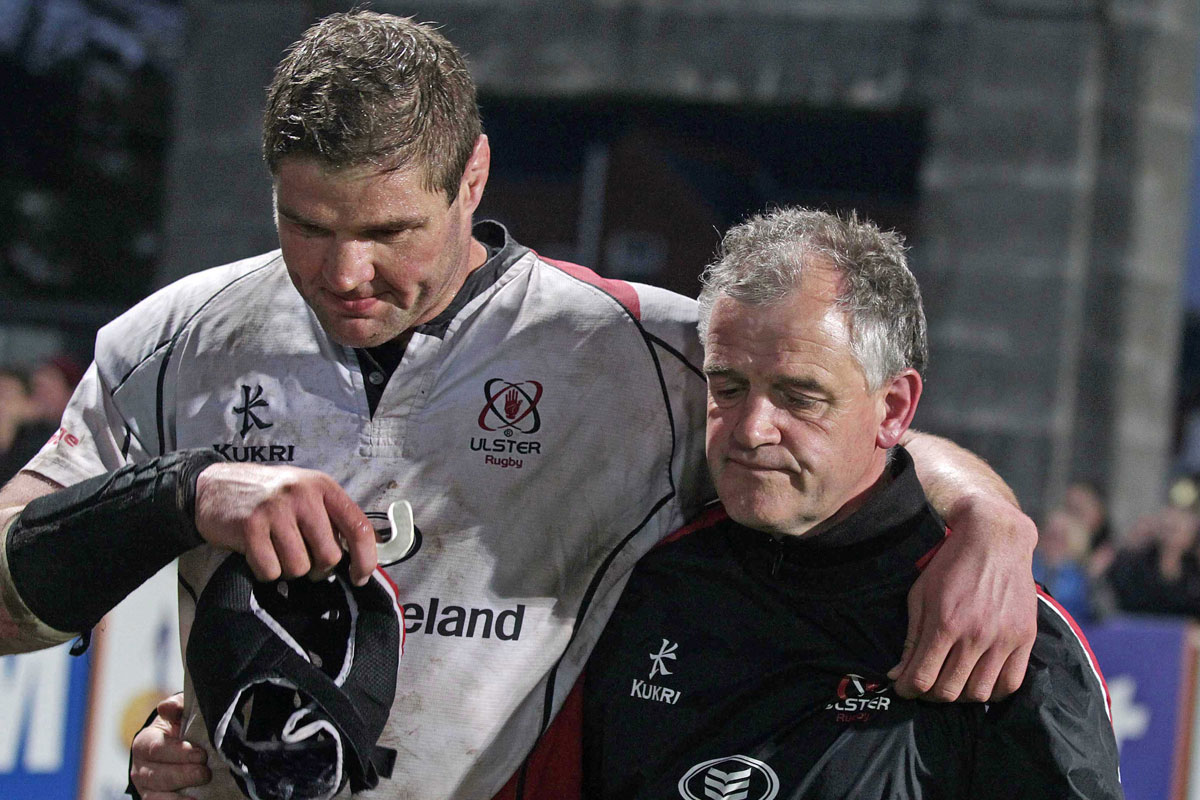 ULSTER stand just 80 minutes away from reaching the Heineken Cup final for the first time since lifting the trophy in 1999.

Standing in their way are Edinburgh and the sides meet in the semi-final in Dublin this Saturday.

Both sides played weakened teams at the weekend and lost but the Aviva Stadium on Saturday is where their season’s will be defined.

Ulster are missing powerhouse prop John Afoa  after he got a four week ban for his tackle on Felix Jones in the quarter-final but Rory Best and Stephen Ferris will return to the starting line.

Captain Johann Muller was disappointed with last Friday’s defeat to Leinster and knows the side must improve to reach the Twickenham decider.

“If you look at the commitment and the passion of the players you can’t question that, in big games like that it’s all about basics and doing the small things right and I think we let ourselves down in those areas,” said Muller.

“I don’t think it’s a wake up call. If you go into a game against a great side like Leinster without five of your regular starters you’re always going to struggle but I still think we had a good enough side out there to beat them.

“Saturday is a different week and a different area in the Aviva where we haven’t played and I think the boys will really get up for that and hopefully we can get a good result.”

Having become the first ever side to beat Munster in a knock out game at Thomond Park, Ulster must guard against complacency. It feels a bit like 1999 when they won an epic semi-final against Stade Francais, then Colomiers in the final was seen as a formality which it turned out to be.

With upwards of 45,000 Ulster fans at the Aviva Stadium, and if Ulster’s big names perform, then Brian McLaughlin should end his tenure as coach in the final.

Paddy Wallace (migrane) and Pedrie Wannenburg (groin) are expected to be fit for the crunch clash although Chris Henry (ankle) and Paul Marshall (elbow) face a race against time to be ready for action.

Ulster’s attack coach, Neil Doak, believes those players that were rested for Friday’s game against Leinster may require some time to get back up to speed but is hopeful they will be  ready for Saturday.

“Stevie (Ferris), Rory (Best) and Dan (Tuohy) weren’t involved last week so it’s important to get them back in and have a good blow out to get rid of the cobwebs,” he said.

“We will have a bit of fine tuning to do and then it will taper off later in the week.”

Edinburgh are second from bottom in the Pro12 League having lost 15 from 21 games but in Europe they have beaten London Irish, Cardiff and Racing Metro and accounted for Toulouse in the quarter-final.

The former Ulster scrumhalf believes the involvement of so many of their players in Scotland squads is one of the main reasons for their contrasting domestic and European form.

“During the International periods - the World Cup and Six Nations - they have 10 or 11 players who disappear for weeks at a time,” pointed out Doak.

“They have signed some good players to improve their squad depth, but if you take that number of quality players out of the equation, it’s going to affect them.

“It is difficult to compete on both fronts unless you have a massive squad. Their position in the PRO12 gives a false account of how good a team they are and if you look at their stats in the Heineken Cup, it will give a better indication of them as a team.”

Ulster are overwhelming favourites having beaten Edinburgh twice in the league already this season, scoring 10 tries in the process, but Doak insists that will have no bearing come Saturday evening.

“It’s a semi-final of the European Cup so that won’t come into it.

Doak says a place in the final at Twickenham next month would be a fitting reward for everyone at Ulster Rugby.

“A lot of hard work has gone in over the past two or three years,” he added.

“While the players and coaches get the plaudits, it will be nice for everyone in the organisation if we can make it through. Success at senior level will hopefully allow the game at all levels in the Province to flourish. It will be a great occasion on Saturday and hopefully we can get the result.”