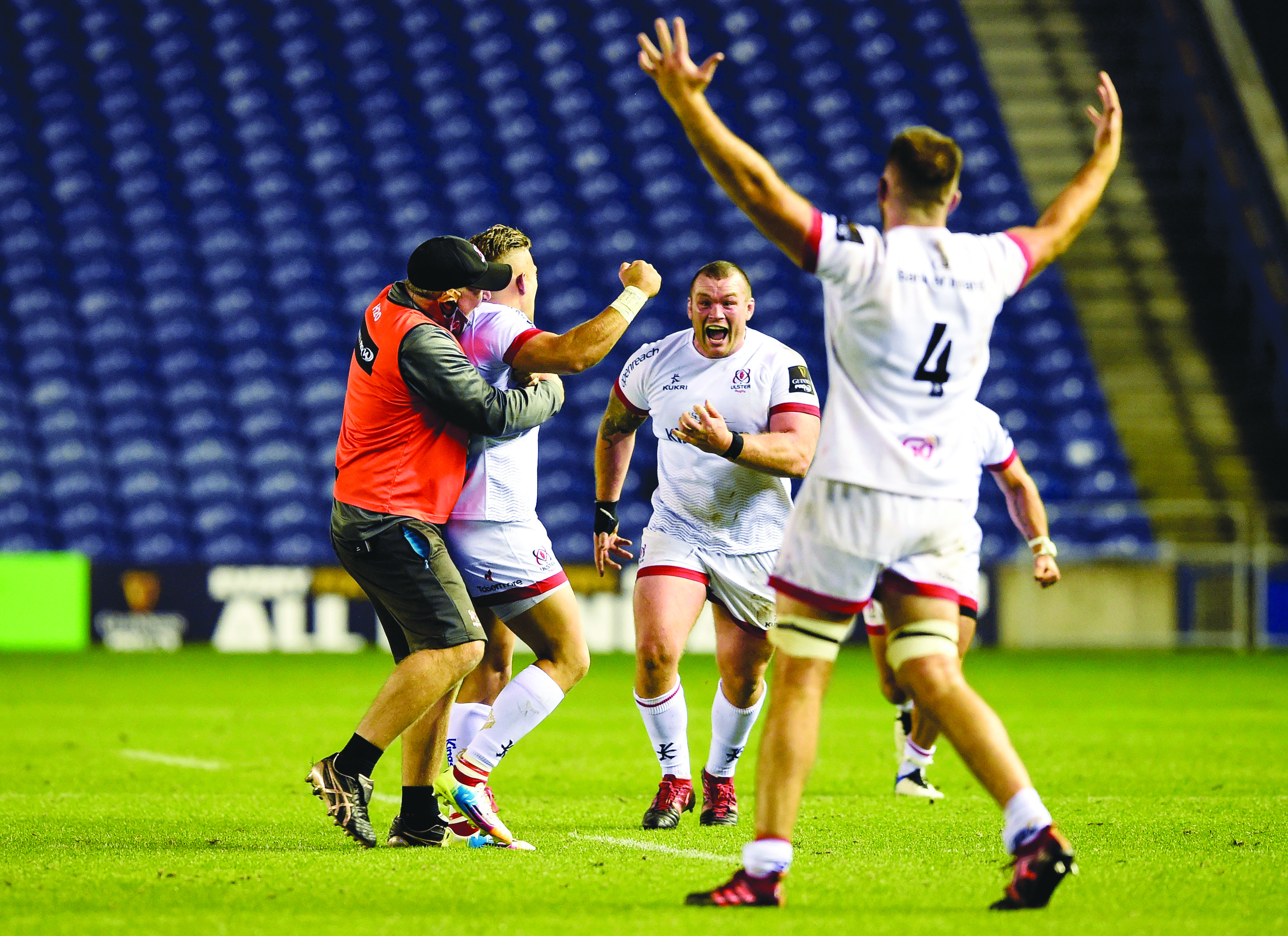 ULSTER will have it all to do on Saturday when they travel to the Aviva Stadium for the Guinness Pro14 final against Leinster.

The boot of Ian Madigan saw Dan McFarland's men complete a final quarter turnaround in Saturday's semi-final at Edinburgh when the former Leinster man landed a penalty with the last act of the game to seal a 22-19 win having trailed 19-7 with 20 minutes to play.

The challenge is even greater this weekend against a Leinster team that is gunning for its third straight domestic title. They defeated Muster 13-3 in their semi-final and defeated Ulster 28-10 just two weeks ago without the services of a raft of first-choice players as Leo Cullen's policy of rotating his team continued.

However, the defending champions have an embarrassment of riches and whilst it is anticipated they will reintroduce some of their regulars, it appears Ross Byrne will start ahead of Johnny Sexton who is nursing an ankle injury and with one eye on next weekend's Champions Cup game against Saracens - the last team to beat them all the way back in May 2019 - the Irish fly-half may sit this one out.

Regardless, it is still a formidable challenge for Ulster and they will start as overwhelming favourites, but McFarland says his players must go out and match their inter-provincial rivals as best as they can.

“They look unbeatable and they are unbeatable aren’t they,” he said, but claiming his team has a “puncher's chance” ahead of the game.

“Can they be beaten? Yeah. What else am I going to say. What have the bookies got us at? Minus 10? That’s a two-score deficit in a final. They are basically saying we’ve got no chance.

“But yeah they obviously can be beaten. Saracens beat them last year in a final. We’ve got to have a physical intensity to at least match them and a game plan of a way of getting in to them. I’m not planning on them making any mistakes. We go in believing we can win the game.”

Leinster have been the dominant force in Irish rugby over the years, collecting domestic and European titles, so they will be heavily tipped to continue their run of success this weekend.

The consensus is that all the pressure will be on the hosts, but from an Ulster perspective, there is also the pressure to perform and break something of a hoodoo against Leinster in big games and prove their worth as a major force.

“I’ve spoken to them about the fact we want the pressure on us,” added the Ulster coach.

“Because if you don’t have the pressure on you, I genuinely believe you don’t care enough.

“If you lose there’s a huge amount of pain afterwards. In sport if the losses don’t hurt then the wins don’t mean as much.

“How can you possibly enjoy the heights of winning if you don’t know the massive lows of losing? The loss is only low if it means a lot to you.”

There is no doubt that Ulster have made great strides in recent seasons and were within an ace of defeating Leinster in last season's Champions Cup quarter-final at the Aviva Stadium.

To push on, they feel they need something to show for their efforts and they get their chance against Leinster before facing another daunting task away to Toulouse in the Champions Cup next week.

“We promised ourselves that our goal was to win silverware,” confirmed McFarland.

“As hard as that is, as difficult as it's going to be, the fact that only one team can do it, that's what we said. It's the only thing we wanted.

“We’ve got to be better (than last season's quarter-final). When you look at it in terms of analysing a performance, we played really well that day and yet we lost so it counts for nothing other than the long-term development of our game.

“The areas we need to be better: that game was lost in a little bit of precision in various areas of the park. We got a lot of things right but there were a few things that we got wrong.

“In contrast when Leinster needed to be precise in that game, they were. It won them the game in the end.