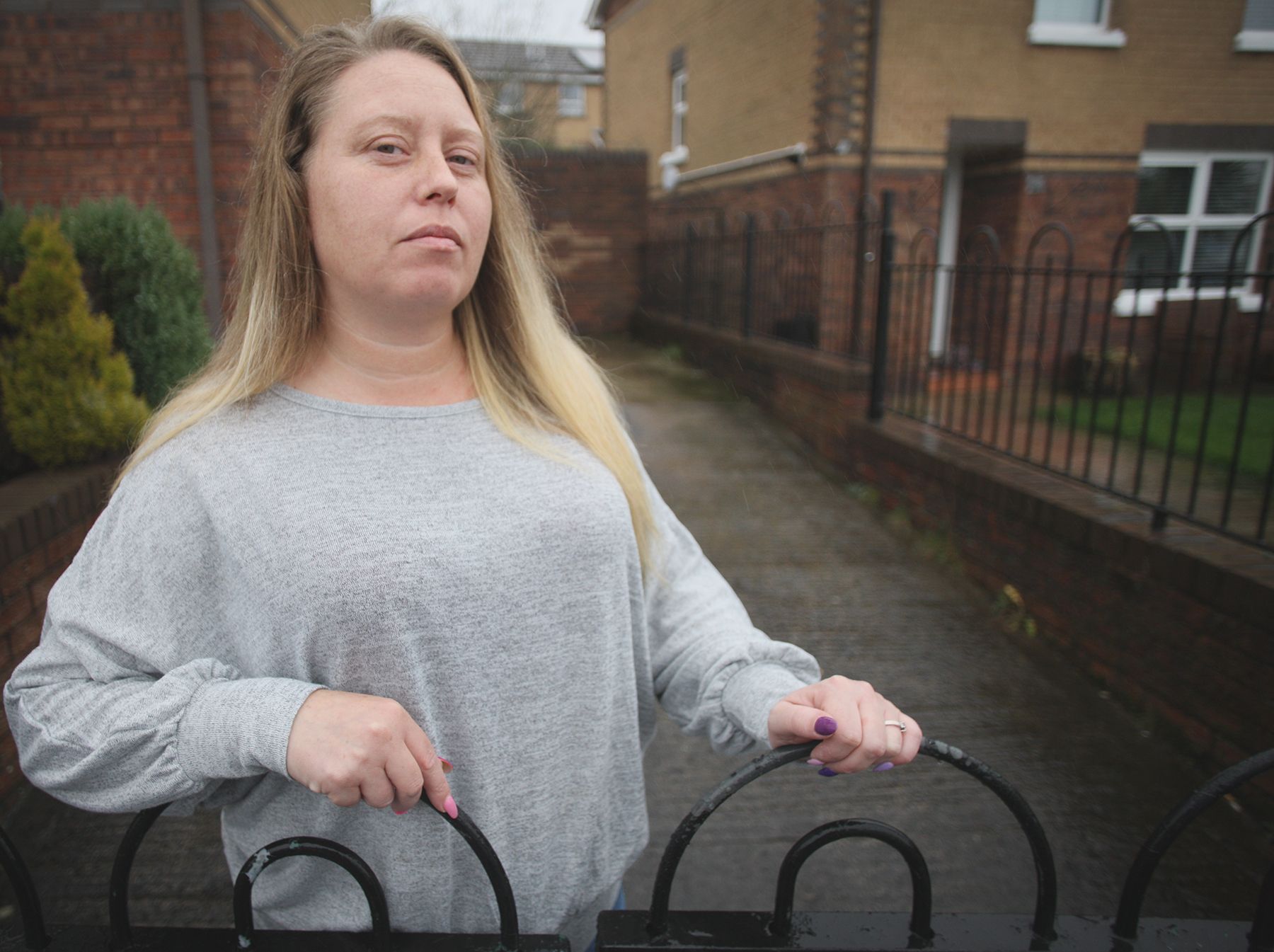 NOT GOING AWAY: Aine McCabe is one of the signatories of the letter in this week's Andersonstown News, North Belfast News and South Belfast News

Just before Christmas Secretary of State Brandon Lewis was part of a disastrous NIO launch of plans for commemorating partition. Their use of the image of Seamus Heaney got all of the flop’s attention. However, in the bizarre accompanying interview with a right wing think tank Brandon Lewis, in response to a question on the “plight of veterans”, stated that his government is committed to delivering an equivalence of the Overseas Operation Bill to the north. That means an amnesty for British soldiers and all of those connected to them, for any actions during the conflict. British impunity is on the cusp of becoming law. The law makers are using law to prevent the application of law to law makers. If you are confused, you are meant to be.

The relatives of people killed are not confused, however. They have known that from day one they were up against a system designed to prevent the establishment of truth or the delivery of justice. They have spent decades campaigning for the application of the rule of law to conflict killings. Those affected by the state and by non-state actors all met with deliberately ineffective and uncompliant investigations. In today’s open letter in this newspaper relatives call time on this outrage.

Thousands of names for any issue in any newspaper on any day would be extraordinary. That each and every one of the names in the Relatives for Justice Open Letter are bereaved relatives should make policy makers north and south, east and west, pause for thought. These relatives should never have had to put their personal names into the public arena. But such is the determination to defeat the ignominy that the British government is trying to pull, they feel obliged. And we now know their names. It is not just the dead calling for justice, it is their living relatives.

How often have you heard the phrase “They are waiting for us all to die off”? Well, this letter is the families’ answer. There are names from four generations of some families on this letter. With every passing year more and more relatives are forced to take on the pursuit of truth and justice. Despite the ravages of trauma and the repeated insult of denial of rights these families refuse to lie down.

It is of course disgraceful that they are forced to take this initiative, but it leaves the rest of us with an obligation. These families cannot be siloed any longer into the septic tank called legacy. They are equal citizens with rights. There is no soft landing. Human rights-compliant, independent investigation with accountability is the only answer. Every single scrap of international law written since the Second World War recognises this. It is time our post-conflict society did too.