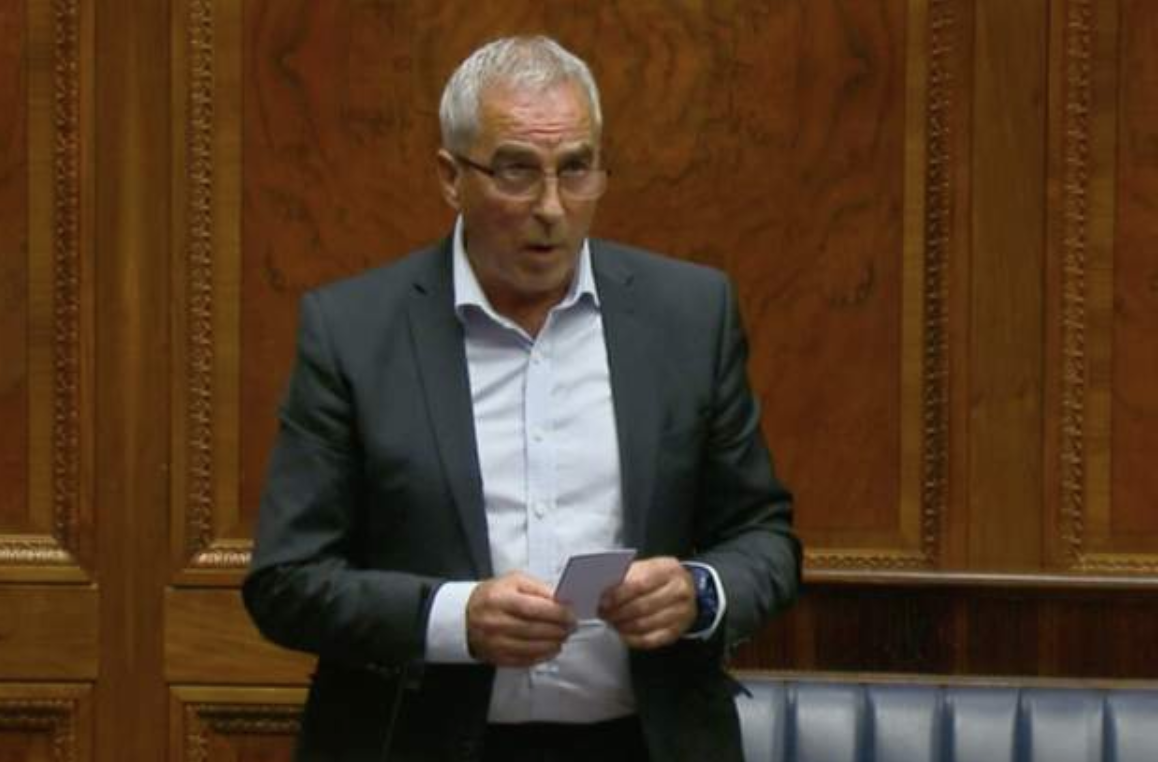 As a global debate ignites around the 'cancel culture', Stormont unionists are bidding to 'cancel' Sinn Féin West Belfast MLA Pat Sheehan for his contribution to yesterday's debate on the Bobby Storey funeral controversy.

The much-vaunted debate was trailed as an opportunity for four parties in the Executive — Sinn Féin, SDLP, Alliance and UUP — to come together to bash Sinn Féin over its participation in the funeral of the former IRA man in West Belfast on 30 June.

However, it swiftly degenerated into a discussion about the IRA as opposed to a debate on the coronavirus regulations which Sinn Féin ministers Michelle O'Neill and Conor Murphy were accused of breaching.

The West Belfast MLA also took aim at UUP leader Steve Aiken for retweeting a "vile and despicable" post about Bobby Storey and called on the former submarine commander to apologise to the Storey family.

.@gordonlyons1 accuses @PatSheehanMLA of glorifying terrorism as he speaks about Bobby Storey’s role in the peace process

Following the debate, which saw the motion condemning Sinn Féin passed, DUP MLA Gordon Lyons, in point of order, accused Pat Sheehan of the "glorification of terrorism" in his contribution to the debate. The East Antrim MLA called on the Speaker, independent unionist Jim Wells, to rule that Pat Sheehan's comments had contravened the undertaking by MLAs to "support the rule of law".

The Speaker said Mr Lyons intervention was not a point of order but that his views were now on record.

Jonathan Buckley of the DUP also makes a point of order, calling on the speakers' office to make a ruling to be forwarded to the incoming commissioner for standards of the house.

It’s not the role of the speaker to do so, but a member or private individual can do so says Mr Wells.

What a horrible thing to come out with. UUP leader Steve Aiken retweeting such horrendous comments is deplorable. Have some decorum https://t.co/oLQKCcUYnq