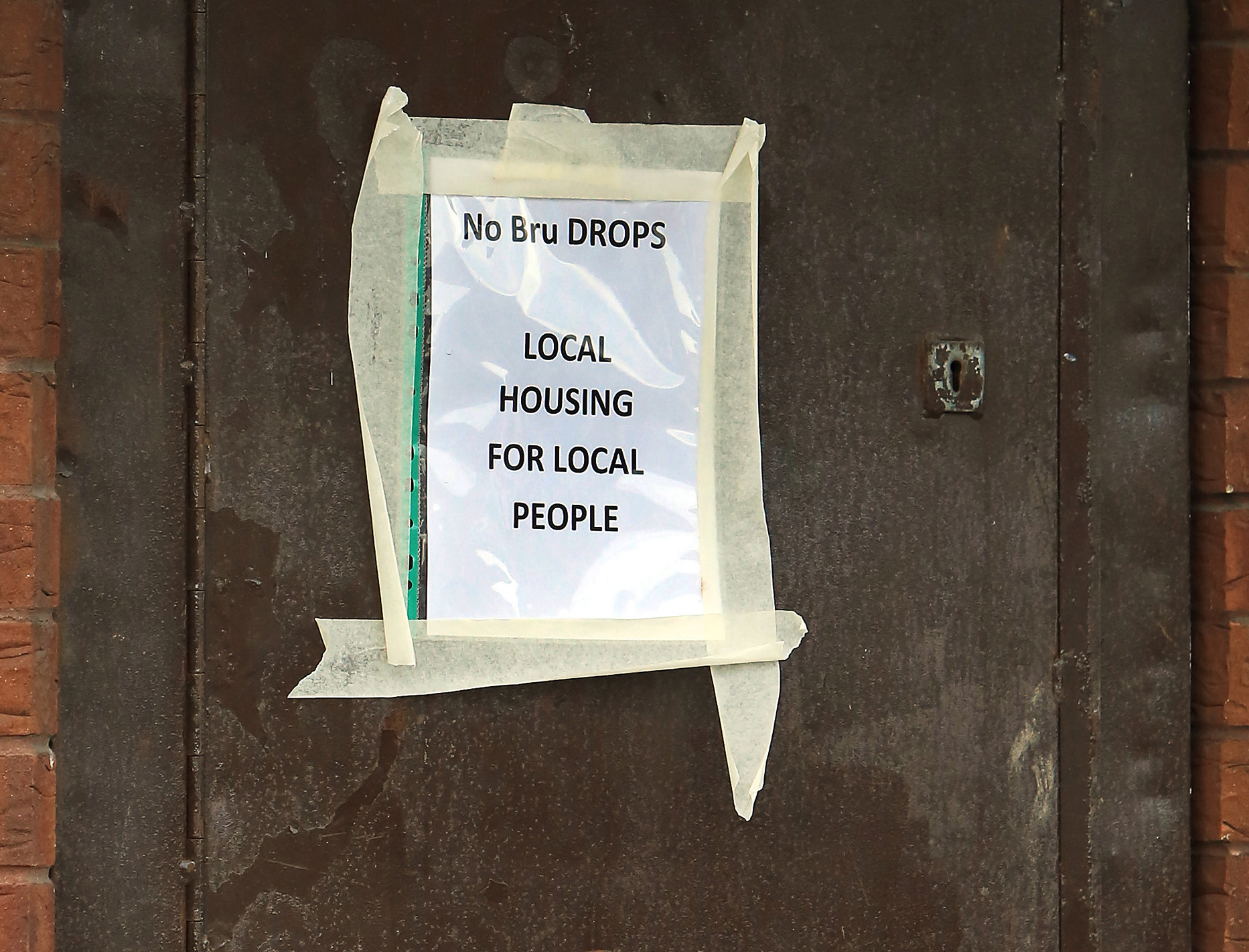 Derelict homes in Tigers Bay have been plastered with posters saying ‘Local Housing for Local People’ as the Housing Executive work to bring a number of vacant properties back into commission.

The posters also include the message ‘No Bru Drops’. In Belfast parlance a ‘bru drop’ is a property that is used as an address of convenience for fraudulent benefit claims.

Tigers Bay has been the scene of a number of hate crimes in which ethnic minority families have been forced to leave after attacks.

Last August, the homes of two Sudanese families had their windows smashed in Glenarosa Link, with the occupants forced to move into hostel accommodation where they remain today.

A spokeswoman for the Housing Executive said they were aware of the posters and would be removing them.

“Both the Housing Executive and the local police are aware that some properties in the Tigers Bay area have these notices displayed,” she said.

“We work closely with all applicants who wish to be rehoused in the Tigers Bay area and all properties are allocated in accordance with the rules of the Housing Selection Scheme. These notices are in no way associated with the Housing Executive and will be removed where possible.”

“If there’s any attempt to prevent other people coming into an area to live there, and particularly people of a foreign extraction, that would be wrong,” he said.

“As far as Tigers Bay is concerned, there is a sufficiency of homes and while upgrading is needed, I understand local demand for homes is being met. I don’t see why in that case any area should be mutually exclusive for anyone.”