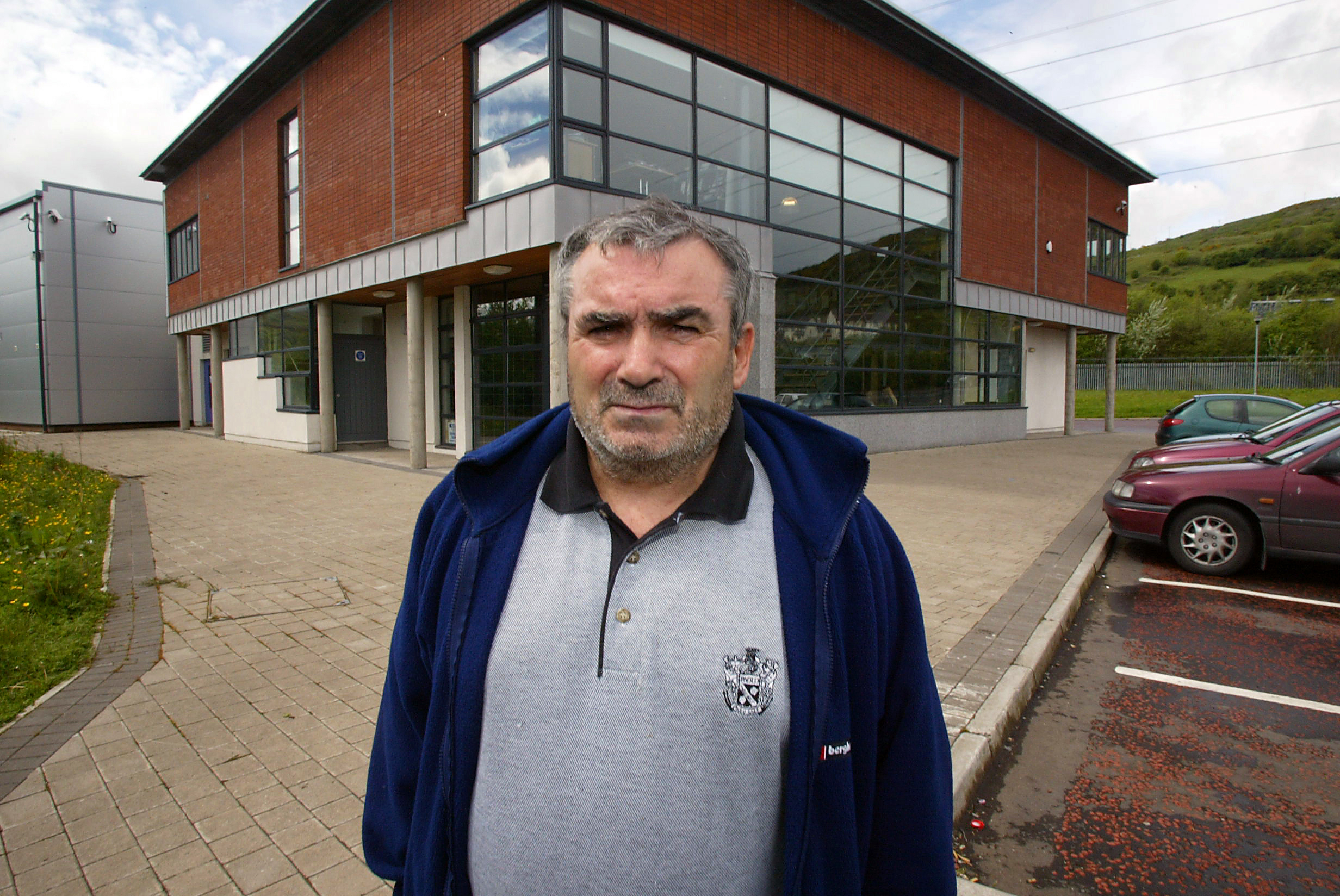 Freddie Scappaticci pictured outside the offices of the Andersonstown News in May 2003, days after the ‘Stakeknife’ allegations first broke

VICTIMS’ group Relatives For Justice have cautiously welcomed an announcement that allegations of security force collusion in 24 murders in the north by an army intelligence agent known as ‘Stakeknife’ are to be investigated by police.

Yesterday, the Director of Public Prosecutions, Barra McGrory QC, announced that he has requested that the Chief Constable investigate a range of offences which relate to the activities of Stakeknife. West Belfast man Freddie Scappaticci was named as the British army agent within the IRA. He denies the allegation.

The Director has requested two new investigations – one to examine the full range of offences alleged to have been committed by Stakeknife and another to look at any criminal activity that may have been carried out by security service personnel.

RFJ Director Mark Thompson said only an international figure can be trusted to investigate the matter.

“The families we represent welcome the statement made by the Director of Public Prosecutions made today,” he said. “However, they have no confidence in the PSNI conducting any investigation.

“We are supporting a number of families affected by this and have been for at least eight years and they are all of the same view that this is about accountability, accountability that goes to the highest level of the intelligence services, MI5 and the RUC Special Branch.

“We are talking about accountability for actions that could have saved lives and we need to reflect on how far up the chain this goes.

“We also believe that although 20 to 24 murders are being talked about, we think it is upwards of 40 murders and that the culpability for those lies at the door of Downing Street and Whitehall.”

Announcing the double investigation, Mr McGrory said: “I have been made aware of the scope and range of possible offences that may have been carried out by this individual and also members of intelligence agencies.

“This information has been provided to me by the office of the Police Ombudsman, Dr Michael Maguire, which is now concluding a painstaking review of all available material. A common link across a significant number of potential crimes, including murder, was the alleged involvement of an agent of military intelligence codenamed ‘Stakeknife’.

“In addition, the Attorney General of Northern Ireland John Larkin QC, has recently contacted me about a murder case to enquire about any action the Public Prosecution Service may be considering. This is a case in which the same agent is potentially implicated.

“Having reviewed all of the available evidence I consider that the original decision did not take into account relevant considerations and also took into account irrelevant factors.

“I have concluded that the original decision was not within the range of decisions that could reasonably be taken in the circumstances. This decision has been set aside.

“In accordance with our Code for Prosecutors, I have asked the Chief Constable to provide further materials so that the matter may be reconsidered.”