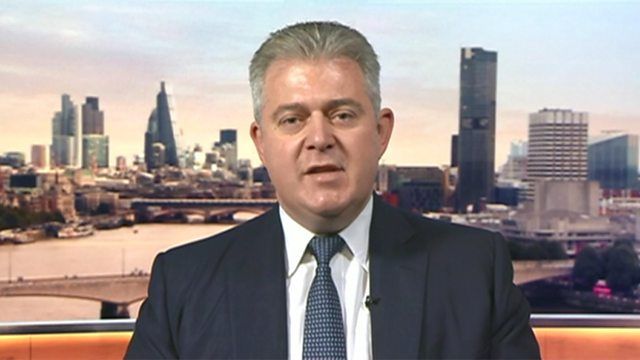 BRANDON LEWIS: Only partners or children who witnessed murders will be eligible for a payment

RELATIVES for Justice (RFJ) has hit out following revelations that those bereaved as a result of the Troubles will not be entitled to apply for the victims’ payment scheme unless they witnessed their loved one’s murder.

The scheme, which will provide payments of £2,000 to £10,000 every year for victims, has been delayed due to a Stormont dispute over whether former combatants should be eligible.

An independent board overseeing the scheme will assess people with convictions of more than two-and-a-half years to determine if a payment is appropriate.

Guidance published by the Northern Ireland Office on Friday also says that partners or children of those murdered will not be eligible to apply for the pension.

Peadar Thompson from RFJ, who has prepared a report on the scheme, said the the proposals put forward by Secretary of State Brandon Lewis “strip the bereaved of their dignity”.

“The failure to address the suffering of the bereaved has become an all too familiar feature of British-dictated legacy mechanisms, and no exception has been made for the Victims’ Payment Scheme,” he said.

“To qualify for assistance under the Victims’ Payment Scheme, the applicant must prove permanent disablement as a result of a conflict-related incident.

“Included within this definition is permanent psychological disablement, such as PTSD, evidenced by a medical record proving the permanency of the psychological injury. The caveat for psychological injury is that it must have come about through the direct witnessing of the conflict-related incident, or its immediate aftermath. No exceptions are allowed. Indeed the bereaved are addressed in the legislation in this regard. They are ‘secondary victims’ whose psychological injury sustained as a result of violent bereavement is only deemed eligible if they witnessed the killing of their relative or were in the direct aftermath."

“Instead, Brandon Lewis wants to see the bereaved come in disguise – to cover their grief in the veil of disablement. In the exercising of his powers as Secretary of State, he has put through proposals which will strip the bereaved of their dignity and of their pride should they dare come asking for help. The bereaved are forced to run to counsellors and to  doctors for medical records which are few and far between, in attempts at proving that the killing of their loved one has left them with a life-long debilitating psychological injury.”