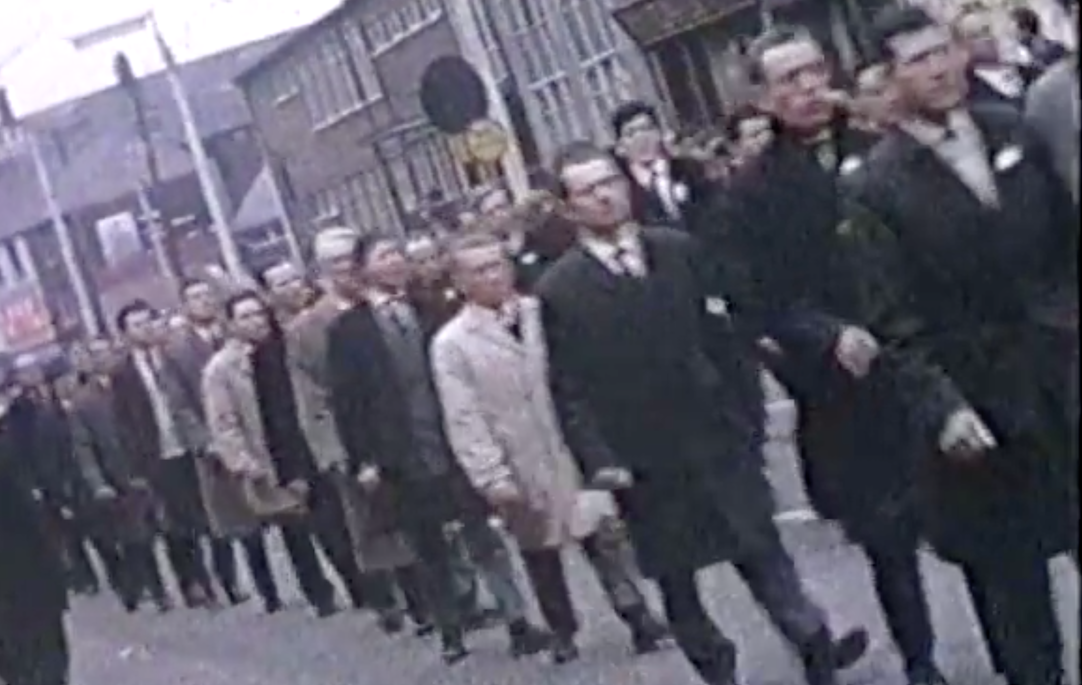 Rare footage of the 1966 Easter Rising commemoration shows republicans march the length of the Falls Road to Casement Park to mark the 50th anniversary of the Dublin rebellion.

Marchers can be seen passing what was St Mary's primary school in Divis Street and being applauded as they pass the bottom of the Rock - where James Connolly once lived.

The three-minute movie culminates in Casement Park where marchers gathered for speeches and the reading of the Proclamation. Additional footage from Ardoyne is included at the end of the film.

Among the prominent figures taking part in the March parade was Gerry Fitt (later Lord Fitt), then a Stormont representative who went on to win the West Belfast Westminster seat on 31 March 1966.