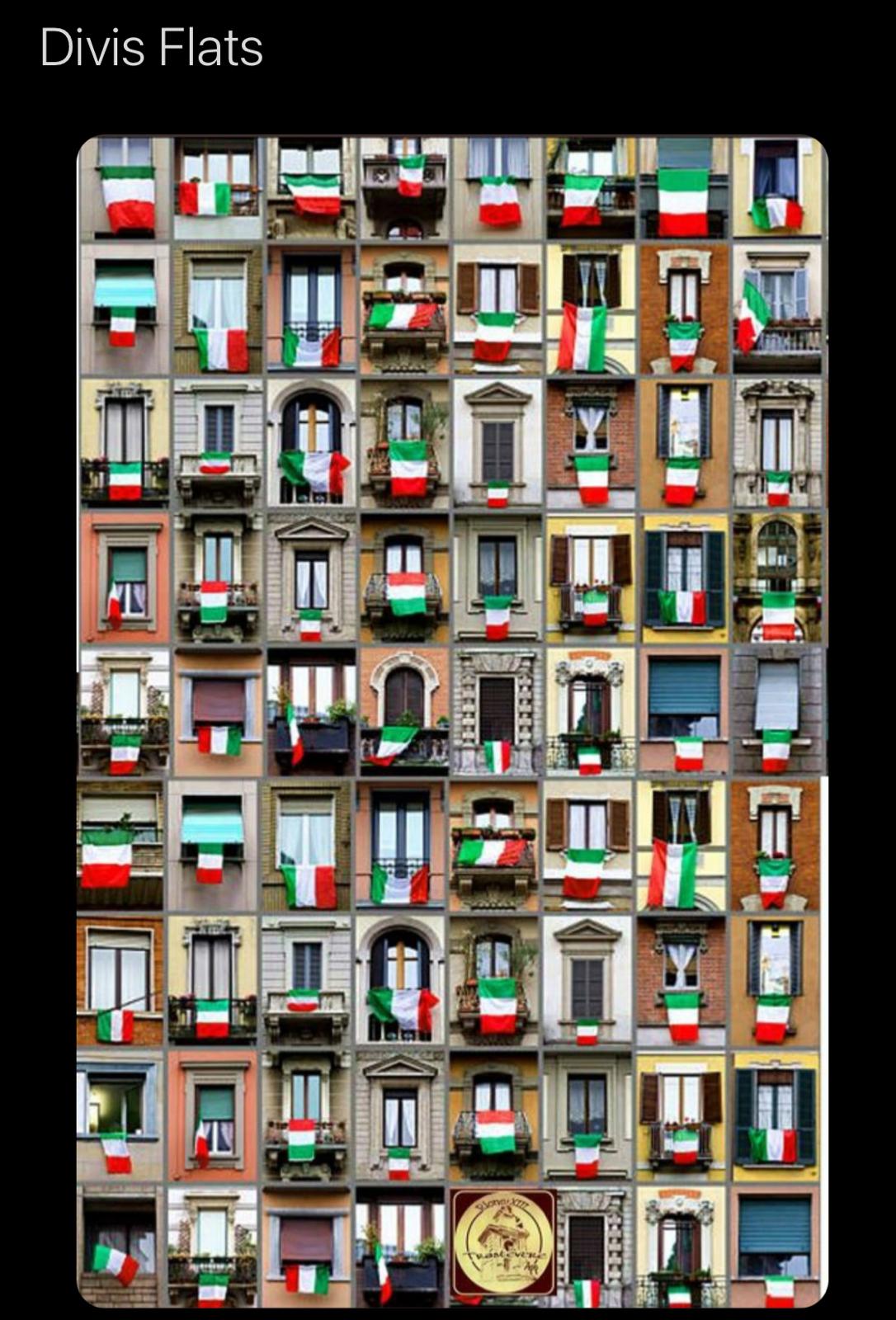 MEAN MEME: The display of support at an Italian apartment block was dubbed Divis Flats online.

Crowds spilled out on to University Road last night after Italy triumphed over England in a penalty shoot-out to claim the Euro 2020 crown at Wembley.

A number of the revellers can be seen dancing on a bus shelter facing the Bot shortly after English striker Bukayo Saka saw his vital last-chance penalty saved.

Supporters could be seen gathering outside the Bot from the early afternoon for pre-match drinks before the 8pm kick-off for the European championship final.

Italian flags were flown from homes across nationalist Belfast in the run-up to Sunday evening's explosive encounter between favourites Italy and an England side which hadn't won a major tournament since the 1966 World Cup.

Following the English defeat, there was an explosion of reaction across Irish media sites, ranging from the scornful to the mildly mocking, but most of its enjoying the collapse of England's Football's Coming Home boasts.

All the huge bonfires you'll see being lit across Northern Ireland tonight are to celebrate the Italy victory https://t.co/MqO7ta2Gio