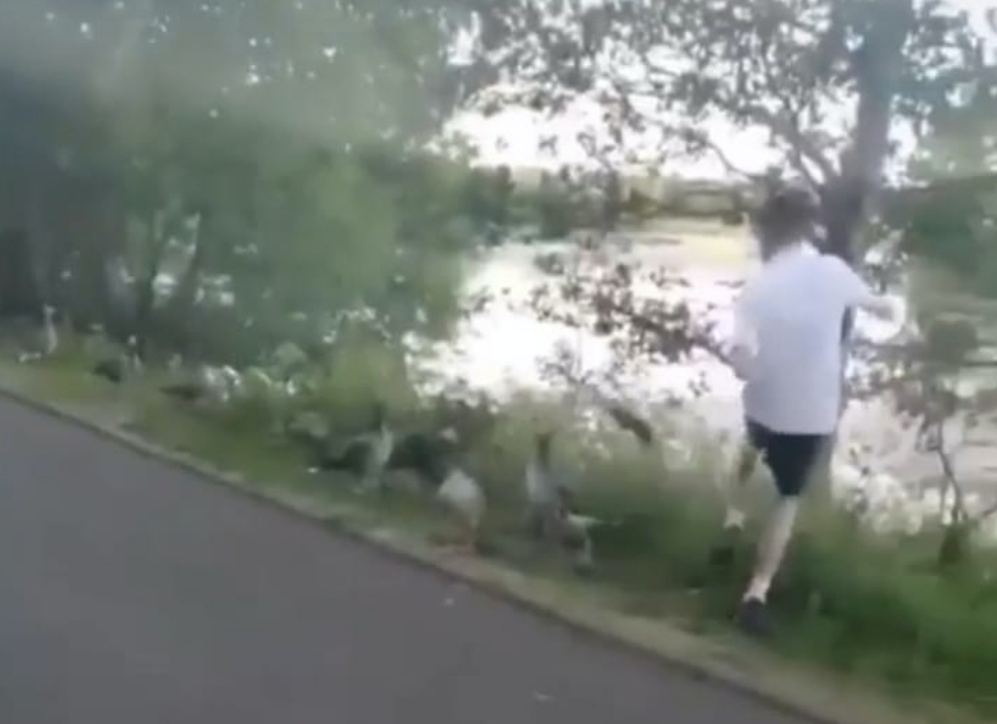 VICIOUS: Youth kicks a greylag goose into the pond at Waterworks

A NORTH Belfast DUP representative has hit out angrily after sickening footage appeared online of a Waterworks thug savagely kicking a gosling.

In the footage, a young male is filmed crossing the footpath where a family of geese is gathered and delivering a vicious kick to a greylag gosling which is hurled through the air. He then turns to his unseen friends and they erupt in laughter.

Councillor Dale Pankhurst said he’s placed the matter in the hands of the police.

“The individual kicked the defenceless animal that hard it could be heard squealing as it was flung from the footpath on to a grass verge some distance away where it fell into the water,” he said.

“It is not known if the bird survived or not. The individuals responsible then posted a video on social media bragging about what had happened."

The DUP man said he has been in contact with the PSNI.

“I spoke with police and handed over all evidence, including the names of those responsible. In the video after the goose was kicked they could be heard laughing.

“Let’s just say they won’t be laughing in a few days when the police arrive at their door. Animal cruelty is vicious and evil. Let’s hope those responsible for this are dealt with by the criminal justice system.”